Do you think this type of attitude encourages hard right wing people to be sympathetic to your organization?

These people are not terrorists dude, they are protesters who are disgruntled with blatant voter fraud taking place that got Biden elected when there was clear fraud. The vast majority of the protesters were peaceful. Only a small handful of them were trying to harm anyone.

Terrorism: The unlawful use of violence and intimidation, especially against civilians, in the pursuit of political aims

Yup, terrorists is absolutely the correct term for those who took part in the rioting. Most were indeed peaceful.

I’m going to avoid getting into politics here, we’re never going to reach an understanding, but please think for yourself.

Where exactly did Protasia called Capitol protesters as terrorists?

Edit:
The only post I could find that refers to what you said is this one: Never forget that the domestic terrorist group behind today's attempted coup in the United States grew its influence by spreading misinformation about pedophilia and child sex trafficking. twitter.com/_MAArgentino/s…

The failure to deal with QAnon has peaked today. https://t.co/JLaejH822w

It was made 5 days ago, when the news about the entire situation has only just begun appearing on social media. Protasia has responded in the context of another persons post with this photo: 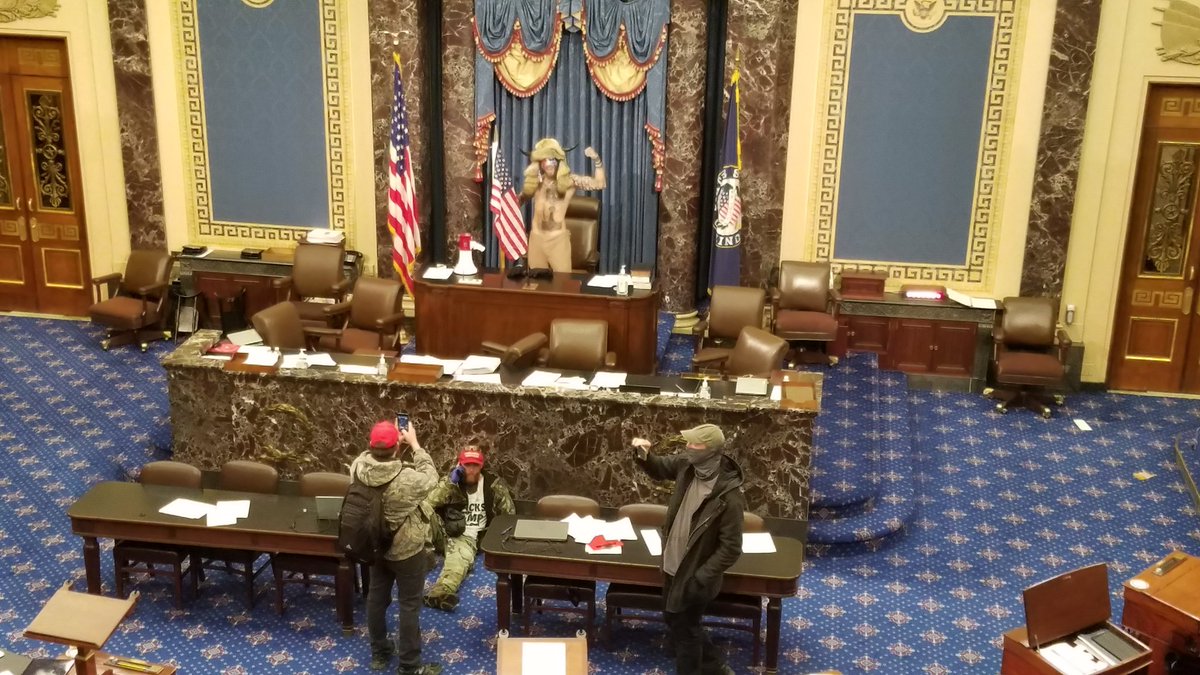 Where you can see regular people occupying the senate, posing for photos to look as if they just conquered it. I wouldn’t blame people using the term “terrorists” to describe this group of people after seeing this photo, although personally I wouldn’t call them like that, even if it’s correct usage of this word by definition.

But “encouraging hard right wing people to be sympathetic” to us is not a high priority.

But “encouraging hard right wing people to be sympathetic” to us is not a high priority.

Yeah, that might be impossible to begin with, considering non-traditional approach to the problem of child protection Protasia has taken. But what about regular people who simply lean more to the right?

I think that such people would constitute more or less half of the entire society. And a lot of people like that might simply become instantly discouraged by the used language alone. Simply because it resembles to them the style of many “lefty” people, that they found to be ridiculous, incorrect, or downright manipulative and malicious. So by such association, they might never give it a chance, and instantly dismiss this site.

A lot of people do have an emotional repulsion to everything that could be connected in any way to negative examples of people from the tribe they oppose. And one of such things that can be connected to such individuals, is the style used in writing: the usage of certain terms, phrases, definitions, opinions etc.

Maybe Protasia should consider making their usage of the language a little bit more neutral. Especially in such polarizing social situations. You do a pretty good job at doing that for the most part in my opinion, but exceptions do happen, and are noticed.

It’s possible to convey the message intended in that post: “that a lot of people who were organizing the violent part of this event, used the moral panic about pedophilia, by spreading misinformation, to deceive people into committing unethical actions, that they wouldn’t otherwise commit”, without really picking any sides in the debate related to that situation, and in effect, not alienating almost 50% of the entire planed in doing so.

I think USS-OP-Defense do align with this side of the political spectrum. And there has been couple agreements that Protasia had with him.

Saerain, one of the new members, also is a little bit more right leaning (or maybe simply opposes the online mainstream left, it’s hard for me to determine).

I also have a friend, who I would say is far to the right, and who has been my source of information about QAnon, that I had a hard time convincing to read any of the articles written by the Protasia that I send him, asking for his opinions.

His first impression of the site was somewhere among the lines of “I don’t want to read anything you give me from this site, just look at the titles alone, It looks like typical lefty nonsense that uses LGBT as a shield to push their agenda and manipulate people using their empathy”.

But after I managed to actually make him go pass the title of a single article, he read the rest of the ones that I sent him without an issue. He had some doubts, couple of disagreements, we talked a lot about them, but in general, he had rather positive reaction to what was written, at least by my estimation.

So it’s not like it’s impossible for the Protasia to gain agreement and support of such individuals, but I’m afraid that a lot of them simply go away without even giving you a chance, simply because of the rhetoric that is being used. And I think it’s possible to convey any message you want, without showing any political alignments in them.

Personally, I tend to avoid politics, but when I actually do see something political, I tend to get the feed from both sides of the political spectrum. And from my perspective, it’s pretty clear that the division that exists between them is really due to a stupid mistake.

I know that you had a lot of unpleasant encounters with people who genuinely hold sexist, authoritarian and racist views, and behaved like typical psychopaths, trying to harm you though unethical means.

But the same happens on the opposite site of the political spectrum, not on the side of such nutjobs that you encountered, but on the side of people who are actually just right wing. They also see a lot of nutjobs on the left, that for example, try to implement laws forcing you to use persons specific pronouns under the financial penalty in case of even a simple mistake, or try to justify usage of violence against those who they deem a “nazi”.

And they also see you, through the lenses, of such nutjobs, instead of simply, actually good left leaning individuals.

The nutpicking, the fallacious tactic of picking out and showcasing the nuttiest member(s) of a group as the best representative(s) of that group, combined with the negativity bias creates a powerful tool to divide people in society unnecessary.

In reality, the division isn’t between right and left, or conservative and liberal. It’s between nutjobs and rational people on all sides of political spectrum.

I don’t know if it would be the correct approach to adjust the way you choose words during communication, but I think it’s something that could improve Protasia effectiveness in the long run, and eliminate a lot of initial misconceptions a lot of people have upon discovering this organization. Although do pay in mind that sociology and especially activism, aren’t my fields of expertise, so I might be wrong about all of that.

Though, in the interest of fair play, we don’t want “hard left wing people” to be sympathetic to us either. You know, the types who want to cancel or actually cancel good events, such as blood drives and PSAs, just because the spokespersons are considered “misogynistic”: 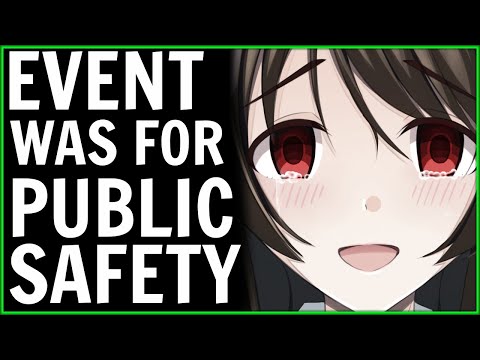 Bringing the firehose-of-falsehood Big Lie campaign about ‘clear fraud’ in the US election to this venue is pretty bold, and I suppose it’s meant to be a show of strength flaunting your terrorist discourse penetration skills. 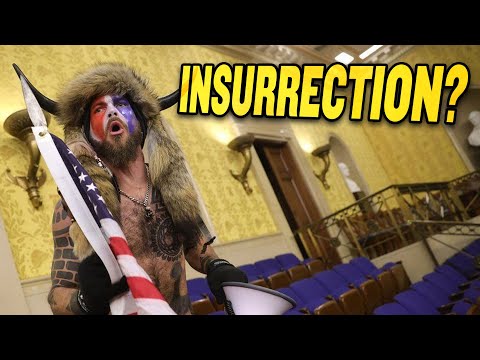 Prostasia is a left wing organization that’s just how it is. I don’t think that it is a good idea for gaining map acceptance though.

Scumbags, like ResetEra, are also left wing, and I don’t want their ilk here.