We all know how the chinese gov. strips its people of their fundamental rights such as privacy and freedom of speech, but how is the west any different?

It’s honestly scary how we get closer to China year by year. Everyone in the EU is currently under surveillance by an A.I due to the chat control law. Germany has a state trojan that can access everything and even read encrypted data. New corona laws allows the police to search houses without a warrant. People are forced to get vaccinated now (I am not against vaccines, but forcing people into it is not the right approach).
We get closer and closer to China making them look more reasonable as we go.

Since people are already under surveillance here and it will most likely get worse then I would be way happier to live in China. At least you get a modern state and not a failed infrastructure.

I hate people and love to just live life. Give me what I need and I suck every gov. off that’s how I am. It’s just so hard to avoid society in the west.
They don’t even let you hide in your own fantasy world. You get judged whatever you do when it does not align with their views.

Why did you leave China? What was your reason? Where did you went?

You’re right, but I just dislike the EU as a whole at this point. I was born here as an asian and never really felt at home. I dislike the people, the cultures and the EU and its pathetic regulatory mess. It has become an international laughin stock. You can almost feel the moral panic in every member state.

I actually applied for EU citizenship, but revoked my decision, because I just can’t do it. It’s not the place I want to live in and I am thankful to have my nationality as a means of escape.

Wait, you were born there but don’t have citizenship there? Yes, I can see how the EU would be worse than the US in… many ways. Like I said, the US is at least better than that. Taiwan and/or Japan is preferable, if you can speak the language. Everywhere else… I can’t keep track, anyway.

Yeah, both my parents were foreigners when they gave birth to me and Germany only allowed citizenship by birth to foreigners who were born after 2000.

I am planning on moving to Taiwan next year, but seeing how the PRC is currently pressuring ROC is putting me off, but I rather die than live here. 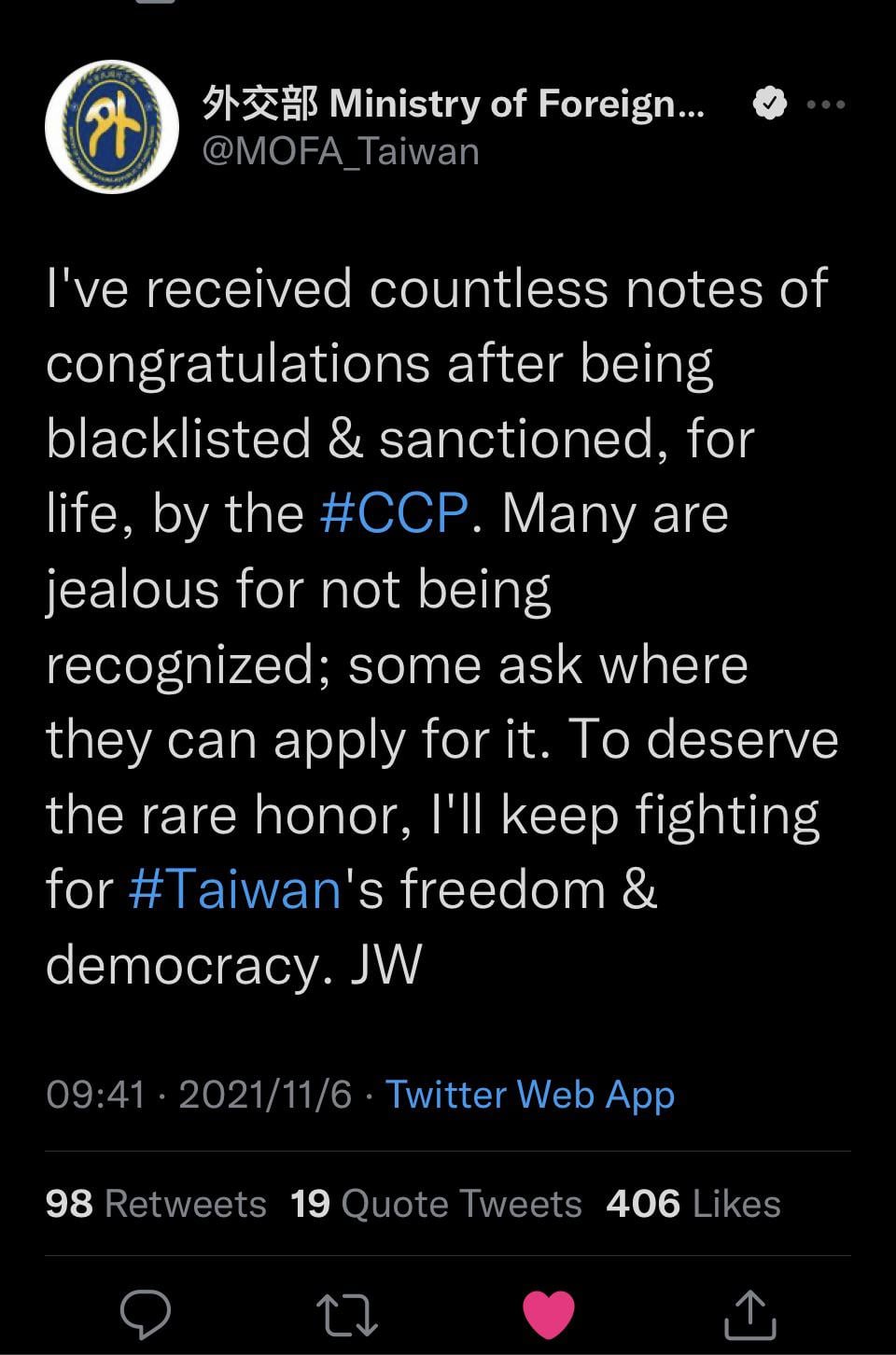 It all really got to me when they started banning CLSDs and their way of adressing it. Really makes you feel like human garbage, so why bother giving them my manpower.

PRC is the enemy. If moving to Taiwan pisses them off more, then you should be all the more motivated to do it.

That is true and also what I state when people accept restrictions on their privacy for their own safety, or the safety of others etc. I just don’t care about it that much, but it being banned is of course bad.

EDIT:
I should have said that I am not interested in it. Would have been a better choice of words. Not caring suggests that I accept the misfortune of others while complaining myself about something that the majority “does not care about”.

China: Has the social credit system

Americans: ‘‘This is the best system ever, not dystopian in any way, no sir’’

I understand why you might think this, given that pretty much all criticism against the literal dictatorship is often treated as “far-right conspiracy theories”. I mean, I got (at least temp) banned off of GameFAQs for daring to suggest, in the politics thread, any connection between viruses and the CCP. First, they tried to pin the racist card onto me, but after finding out that I was ethnically Chinese myself and had clarified PRC and CCP, instead of just “China”, they penalized me for “xenophobia” (funny that no one needs to clarify Russia as the Russian Federation, though).

I know that a lot of you here are frustrated with the far right, but I often feel just as strongly about the far left, due to reasons like this.

I much rather live in China than any western country (except Finland). You know China better than me, but it’s not just the far-right, or far-left that make life miserable. It’s western society that I just can’t take serious anymore. If you’ve ever been to the EU as a foreigner then it’s even worse. All these refugees feed the hatred towards people who don’t look western.

All the cancerous societal phenomenons come from the west:

These are so much more common in the west and it’s not due to freedoms, but because people hate each other. Wealth makes you independent, so why care for others? You won’t need help anyways.

China has censorship, mass-surveillance, human rights violations. Is the west free of those?

MAPs are treated like a disease in the west which needs to be eradicated and meanwhile asia is the only producer of CLSDs and fiction in the world.

Western Society is awful. I had enough racists tell me shit. Whenever I see my asian friends enjoy their lives I cry and hate my dad why he brought us here. I am just not compatible with this place and I rather off myself than live in a cold, medieval place where you see anti-foreigner shit on the daily which btw takes years to load, because the internet is so fucking slow. At least I come home with an old train that drives 4 times slower than the ones in jp/cn/kr

Asia is a continent, not a country. Again, Taiwan, Japan, Thailand. Literally anywhere but China. Also, most of those problems are literally created or exacerbated by China, like so: 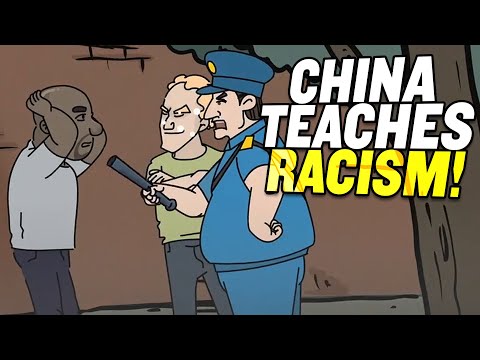 I just have a huge bias. It’s very hard to describe, but it’s just the way people treated me here etc. It’s obviously very subjective, but hard to reason factually when the hate is engrained so deep. That’s why racism is such an awful thing.

See. For me, it helps that during my high school and lower days that I was bullied by both white people and POCs (mostly black and Hispanic). I saw clearly that assholes are assholes, regardless of race. Sure, white bullies may say stupid things, like they “own the school”, despite not being the son of the principal or superintendent, but when I threatened to report the Hispanic bully to the incidentally white teacher, he tried to talk me out of it, not through threat or bribery, but by trying to appeal to some sense of POC camaraderie. I found such cowardice disgusting.

Yeah, I was always called “ching chong” in elementary school. Kids on the street laughing at me. I used to be pretty fat as a kid which didn’t help. A bunch of kids tried to drown me in a pool, because they didn’t like me. Got beaten up etc. High School was a good time tho.

Yes, the first one happened to me, too, but that also allowed me to find out at a young age that racial minorities, such as Hispanics, can themselves be racist (to me), which then showed me the madness of the far left that claims only white people can be racist. As for the attempted drowning, I would have totally went for a criminal charge there. Of course, I’m also the sort, when threatened with a “jump” after school, would arrive there with teachers to punish those “jumpers”. As for women, German women, here is my solution, heh: I really feel anxious as of late. It’s a really awful feeling.

I always have this dream that I keep getting of me living abroad and laughing at germans, because of how awful it is there compared to some other civilized places.