we will never allow it. destroy all child sex doll destroy all of it burn it destroy it
children are harmed every day it’s terrible cannot be tolerated i hate pedophile

I wouldn’t say that I don’t care but I certainly don’t spend all hours of the day thinking about things happening in distant neighborhoods or third world countries which I have little bearing on.

I am certain there are individuals who would be willing to rape children, who may even be caught with a sex doll, however they’re also likely to have committed the act in one way or another either way. The effects of a sex doll are at worst neutral. One news article even suggests they molest or rape before they ever watch a single child pornographic video, or buy a doll.

At that point, it is really just depriving a subset of the population from a certain level of sexual fulfilment for life, which is pointlessly cruel and serves little purpose, other than to satisfy the arbitrary musings of a cult.

This really isn’t how it works. Even if someone were to rape, they would only do it to children within their precise AoA. If someone is a nepiophile, they might indeed go after babies, and this would be a most deplorable crime. If they’re a hebephile, they would stop at most, young teenagers.

A pedophile (as defined by psychiatrists) to begin with is an individual who has a preferential or exclusive attraction to a very specific body type. Preferential would mean it overpowers their physical attraction to adults, and they’ll naturally think of it more frequently, no matter what they do to try to shift things the other way, and believe me, they do try.

If someone has an exclusive attraction, they don’t really have a physical attraction to anything but a child. It is impossible to reorient to something which doesn’t exist. It is like trying to convince yourself a pebble on the side of the road is “sexy”. Could you do it?

As I was saying about body types, pedophiles are more attracted to a particular body type, than the mere fact someone “is a child”, which appears to be a common misconception among some.

Nepiophiles are attracted to babies and toddlers.

Pedophiles (as defined in the chronophilic sense) are attracted to prepubescent children.

Is this an adequate explanation for you?

I don’t know if you have noticed, but adults look very different from children.
Even more so, if it’s a nepiophile who is attracted to babies and toddlers.

You’re asking for something which is against the laws of biology. Someone is still going to be attracted to children (think of children as fundamentally sexy), even if they have a relationship with an adult. They would simply be trying to make the most of their adult attracted side.

It isn’t possible to not be attracted, but it doesn’t mean they have to do things with children. If someone is exclusive, they might find an adult’s body to be disgusting. So, it might be like if someone told you to stop being attracted to women, and to instead be attracted to a dog, a tree, or another man. No matter what you did, you wouldn’t be capable of doing that, unless you already lean that away.

The sort of person who would be desperate enough to buy a child sex doll in a country like America or Britain may well be the sort of person who’d be caught with child pornography. But, this would only be due to a pre-existing attraction to children. Even the New York Times admits that much.

Yet others may not be in possession of child pornography at all, and this has been shown during raids on people who have bought child sex dolls.

The science has shown it is either neutral or reduces crime in the child pornography. This was shown in crime rate trends in Denmark, Japan, the Czech Republic, and even America to some degree. This is why some people are pushing for artificial child pornography to become available.

There is no reason to believe a sex doll wouldn’t be like this, and many case reports in the media have suggested sex dols also have the effect of reducing crime.

WHY u must be attracted to children

Crimes dropping when something gets legalized makes for a very convincing trend. Is there some other way of reading it? What would your hypothesis be for the correlation?

It’s very strange for you to say pornography leads to rape, would you be in favor of banning adult pornography?

Where do these hordes of adults who look like little kids, and even babies, exist? Are you not afraid someone would look at boobs and think “eurgh”? Or find the face strange?

That isn’t really how it works. Even if they did look the same, does a man suddenly lose the ability to find women other than his wife attractive? He may not be willing to cheat on her, but does that really make sense?

LoliShadow, choose your battles wisely. There is no way you’ll get “anonymous” to change their mind. I’m sure you have more important things to do.

But that’s just it. The doll in question may very well portray “adult who look like child”. If that’s the case, then there is no problem by your own words… Or at least, what I think that you’re trying to say. You’ve committed several crimes against grammar in that one post alone.

First of all, dolls aren’t children. Human beings can differentiate between a sex doll and a person, as does the law.

As for the alleged “harms” behind sex dolls… there are none.
Sex dolls are masturbatory aids, not sexual abuse simulators. This “normalization” argument I see being tossed around is based on fear and prejudice over individual autonomy, rather than reason or facts, which DOES NOT SUPPORT the criminalization and prohibition of child sex dolls.

It is not a valid argument for prohibition or censorship. Ideas and desires don’t harm people, actions and people harm people.

There is no harm in sex dolls of any kind.

It’s not “Just a doll” when the doll looks obviously like a child.

No, it’s still just a doll. You can’t equate human life to a lump of plastic.

✨Here we have the best 𝐭𝐡𝐢𝐠𝐡 𝐩𝐢𝐥𝐥𝐨𝐰𝐬! Wanna check? RT if this is a place u'd like to visit this month, and u will definitely rate it 5 stars on google maps >:3 💉😈💉 Check the comments to remove the band-aids 😉 https://t.co/PQLADICVJC 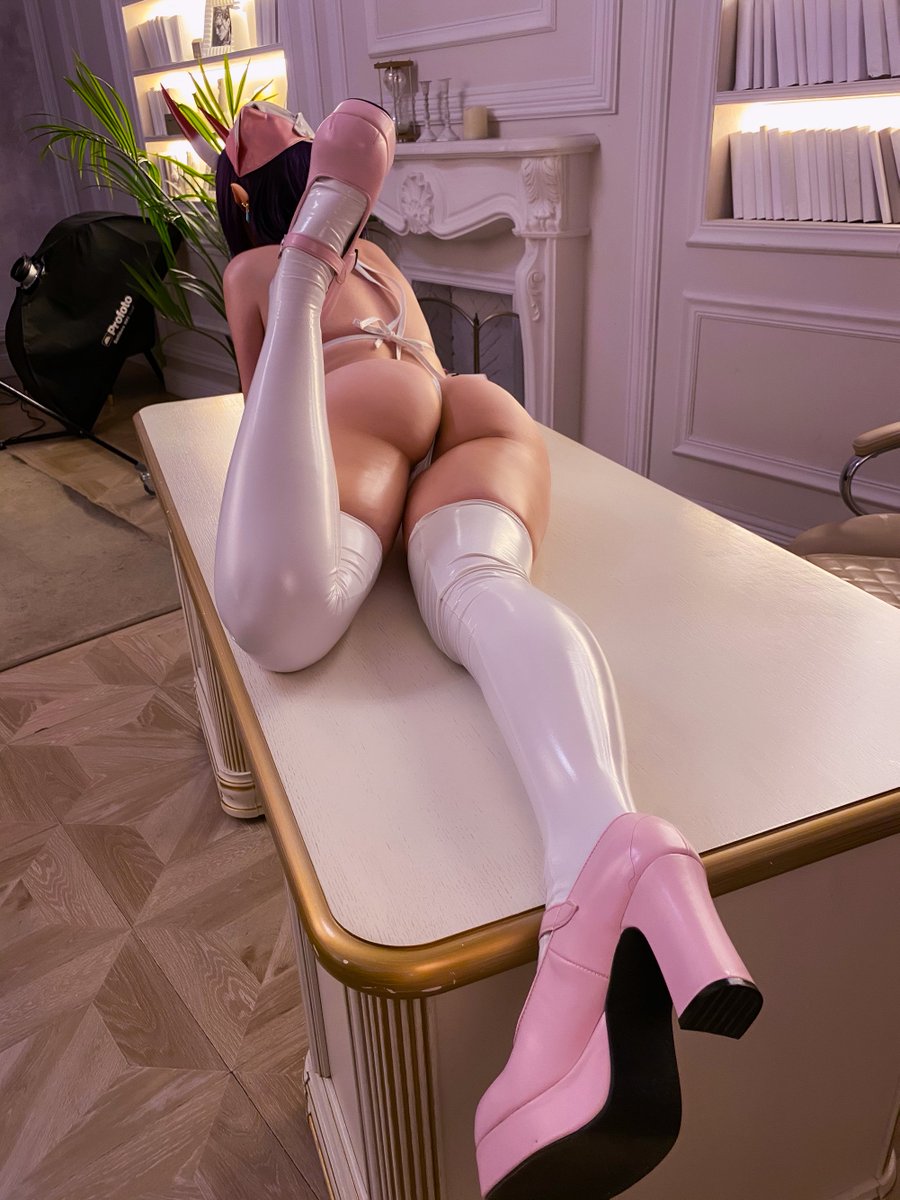 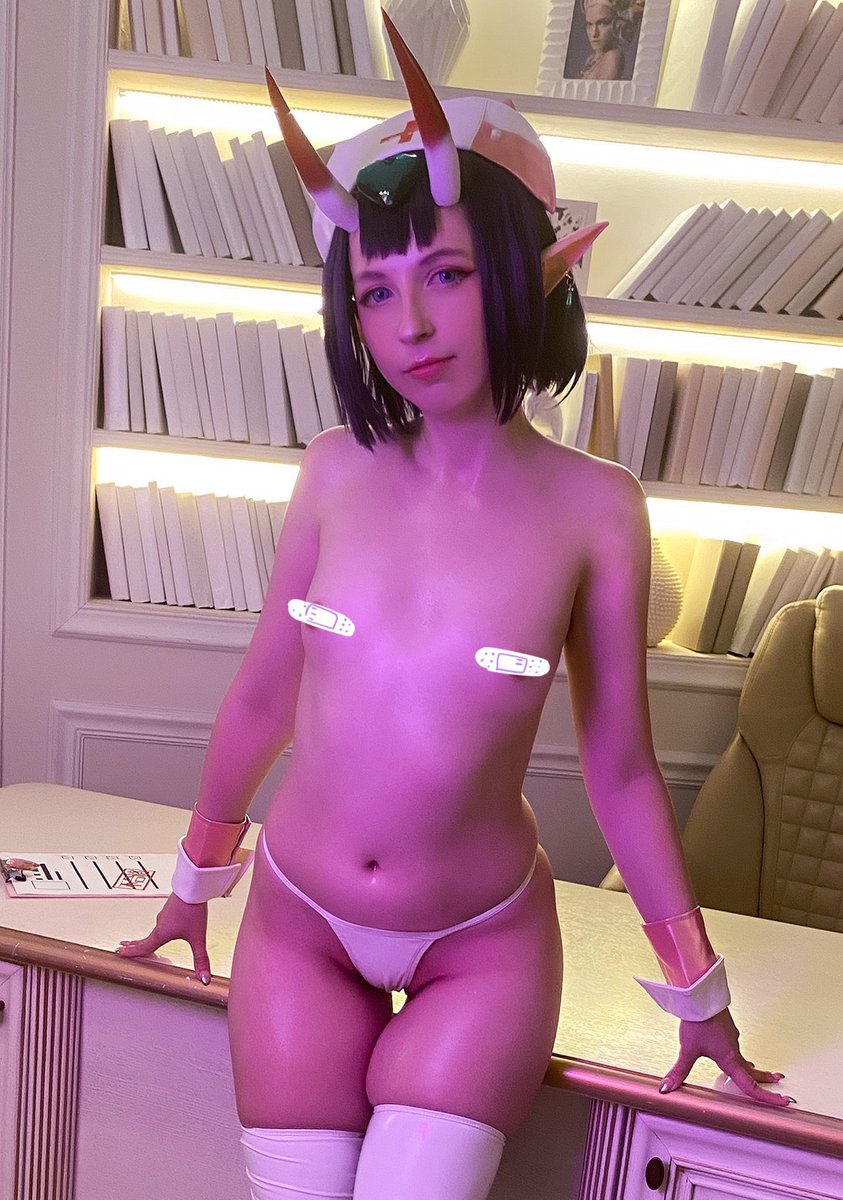 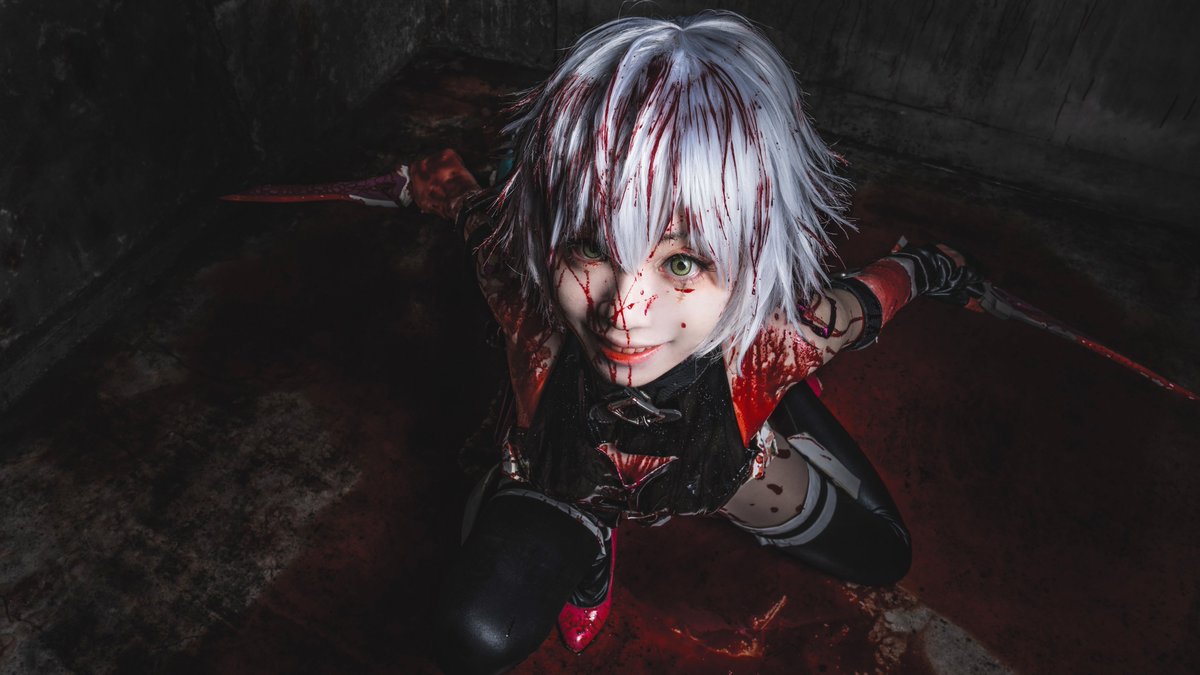 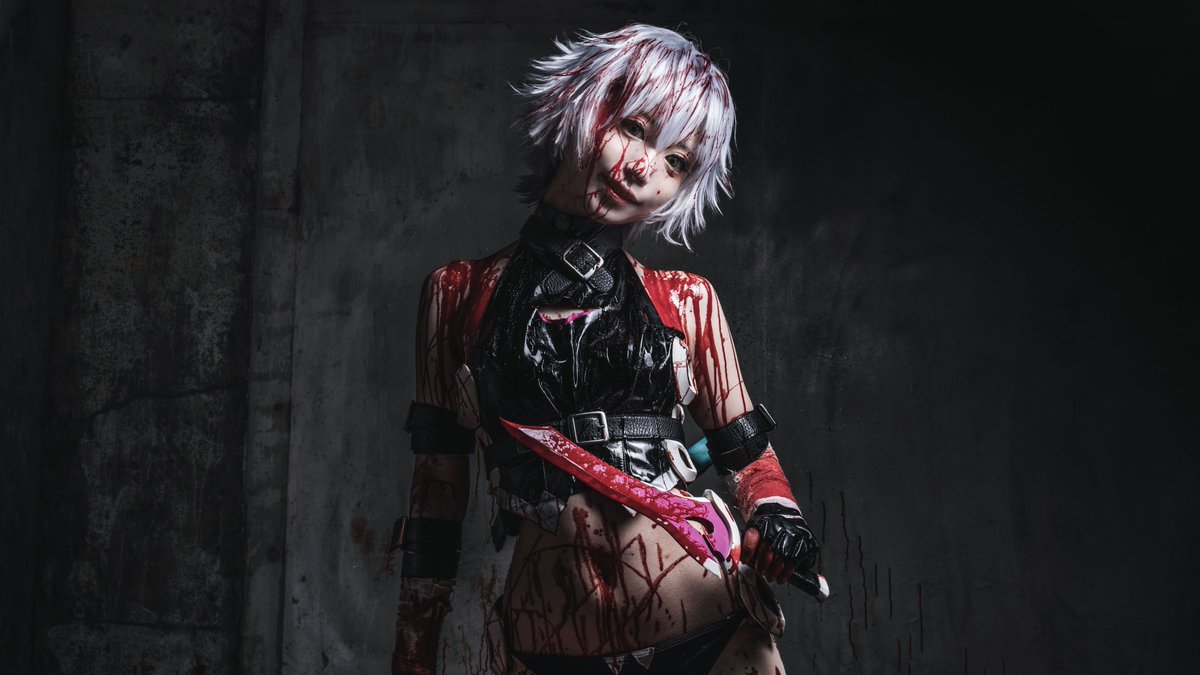 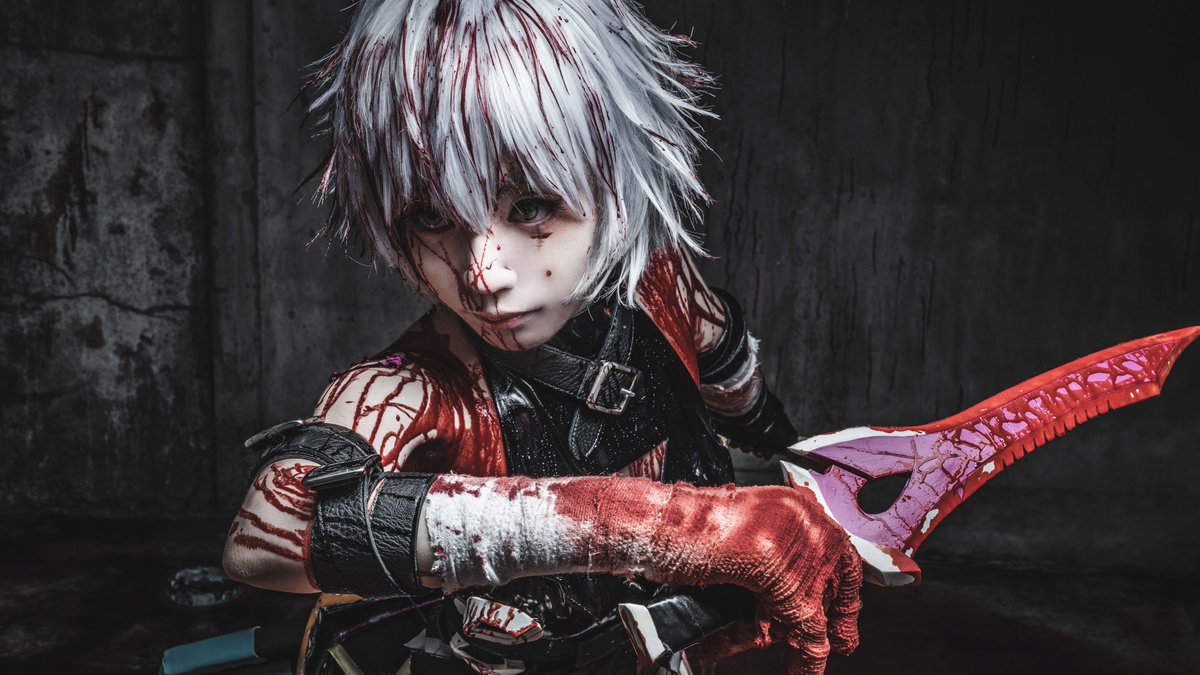 Congrats on your roll - you’ve got the 5 stars Servant! Now super rarely (un)dressed Shuten Douji will be your servant and, as you can see, she is already at your service~ What class do you think this skin would have? I believe it would be Caster! https://t.co/Hu1K3Wgm8g

You don’t have the right to affirmatively decide what can and can’t be used for sexual purposes for adults. That’s censorship. That’s thought-crime, which is objectively worse than the alleged evils of pedophilic desires.

Children deserve protection from sexual abuse and exploitation. Ideas, interests, etc. are not children. I’m so sick and tired of your kind acting like communal disgust and moralism are valid excuses to censor and harm people over an idea you disagree with. There is no harm behind the usage of these dolls, and the science does support the idea that they will prevent sexual abuse.

You don’t have the right to affirmatively decide what can and can’t be used for sexual purposes for adults. That’s censorship. That’s thought-crime, which is objectively worse than the alleged evils of pedophilic desires.

Good grief, the people on this forum need to be investigated. They sound like a bunch of potential child predators. People who don’t want children to be sexualized are worse than pedophiles? You sound completely delusional. No one in their right mind would trust people like you around kids.

I’m also disturbed by how many pedophiles are using anime avatars. I do like some anime, but I do not condone the desire to assault kids. You monsters have no place in the anime community or any community.

People who don’t want children to be sexualized are worse than pedophiles? You sound completely delusional. No one in their right mind would trust people like you around kids.

Wanting to criminalize the ownership of a doll over unverified, reaching assumptions that do not comport with scientific data or empirical research on the issue is what makes you dangerous. Actually read my posts before you go on about nonces.
Australia needs to be IP banned.

Fun fact: I’m not a pedophile. I have no desires for children, and I find child sexual abuse to be inexcusable and detestable on every level possible, however, that is limited to REAL minors, not the idea of minors. That rationale has been used throughout history to justify some of the most heinous acts of censorship and paternalism out there, and I will not allow it to be used to cause harm to innocent persons.
Child sex dolls are an easy target, and it’s very easy to allow populist moralism and prejudice to override any common-sense approach to the subject matter, especially one so sensitive and serious. Child sex dolls are NOT children, and there is no evidence that persons who use them will progress onto harming actual children or add fuel to the fire.
As a sex abuse survivor myself, I find it very offensive to see people like you speaking on my behalf without understanding it.

The title of this thread is false advertising