Do you believe that "pedophilic culture" exists?

How do you guys feel about the idea that there is a “pedophilic culture” in our society? I’ve believed in this kind of things before because the arguments convinced me a lo. However I’ve totally changed my mind about it nowadays, but I still believe in rape culture, for example. But what do you guys think? Is it a legitimate idea? Or just more moral panic and neo-puritanism? Or another thing?
For those who aren’t familiar with it;
Here’s an article promoting this idea:

You’ve Heard of Rape Culture, but Have You Heard of Pedophilic Culture?

A look into the romanticization of “Lolita.”

@TylorJean1
The hypersexualization and grooming of young girls and teenage girls of generation Z - A thread https://t.co/Zc1U2srySd 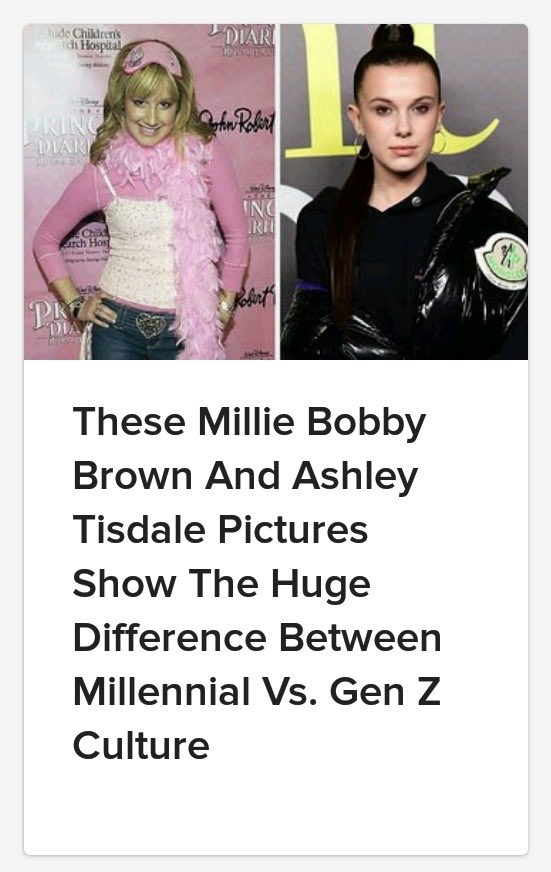 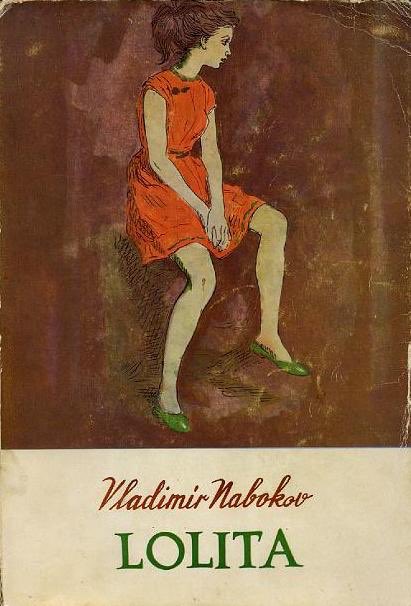 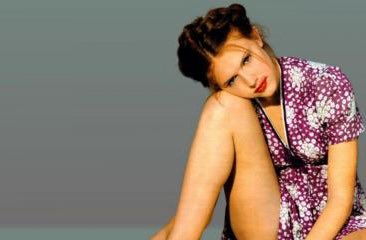 Like the way Terry Shields promoted her daughter Brooke with many modeling sessions, some in the nude from the age of 10. Brooke had and has a very beautiful face, that even 45 years ago looked adult.

The first thing to do would be to define what you mean by pedophilic culture. If you mean culture that makes people pedophiles that literally impossible since pedophilia is a paraphilia but implying that were using an informal definition then “maybe”

On the topic of books like lolita, that’s not really culturally relevant enough to matter.
Just because you cant point out things that “sexualize children” it doesnt mean that it has cultural significance.

About fashion, The reason why a minor would wear high heels is because it’s part of the fashion culture, not because they’re appealing to common paraphilias or fetishes. (In most cases) Also wearing tight pants is not “grooming”

Those are overall thoughts but I can debunk certain points of the article.

I think that what this article describes is mostly girls attempting to dress in accordance to modern fashion and not something inherently sexual.

"Paedophilia may seem taboo and despised by the masses, but an honest appraisal of our culture at large reveals otherwise. I propose that paedophilia is actually rewarded and celebrated and that our entire culture and understanding of sexuality is constructed around what seem to be pedophilic desires. I call this “paedophile culture.”

I think that they have this in the wrong order, it’s not pedophiles making young girls dress sexually its young girls dressing sexually because of cultural fashion or because they don’t understand it’s wrong to do so. There is no evidence of the article’s idea that pedohiles have shaped the standards but there is evidence that people follow trends in culture. I think that girls look up to models that are considered beutiful and then try to look and dress like them, and because the models do sexual things i think that girls may do those thing too, even theough they are not appropriate.

“The vast majority of paedophiles are men. And the majority of children victimized by those pedophiles who do choose to act on their sexual desires are girls. This is a rather major detail to withhold from your audience, wouldn’t you say? Unfortunately, as pervasive and overt as patriarchy is, it is usually the last detail mentioned in conversations of this nature — if it is mentioned at all.”

Most criminals and rapists are men. Most men are straight so they would only rape girls. There is no reason to invoke the patriarchy here.

Virgin manipulations, incest, and teacher student dont have direct correlation with pedophia they are there own parahilia’s or fetishes. Once again school girl outfits dont mean pedophilia. I think the category teen is more complicated because the front for pornhub always has a bunch of weird shit, and most people want something vanilla so they search up teens. Also 18 and 19 year olds aren’t children and younger teens arent what pedophile want. Bareilly legal has the same reason as teen but also people may see It in autofill and have some curiosity. Also a lot of people like girls with smaller frames or “flat” girls so there are other reasons to look it up.

"Alicen Grey coined the term “paedophile culture”. I have borrowed the title of her 2015 article for this piece. She has written it in response to an article nauseatingly titled “I’m a paedophile, but not a monster.”

So the author is clearly an anti.

Presumably they are using the informal definition of pedophilia, but if not they are clearly wrong.

You will not find one single culture in the entire history of the human race that didn’t present teenage girls as sexually attractive. It’s only in the modern world of illiteracy that anyone could refer to that obvious norm as “pedophilia” and not be immediately laughed into silence.

Wow, you wrote a lot. I’d just like to remember that I wasn’t endorsing this terrible article, just posted to show what people who promote this idea argue. Anyway, thank you very much, your comments were very constructive!

Virgin manipulations, incest, and teacher student dont have direct correlation with pedophia they are there own parahilia’s or fetishes

I already heard in a Netflix documentary that this types of categories are famous because they are taboo themes in our society, idk, but it made a lot of sense to me. So, as long as they don’t portray real cases of all these stuff, I see no problem in them.

I know you were not endorsing it but I wanted to respond to it since I’ve seen articles in a similar vein. It’s some kind of branch of feminism.

People see “teen” and other search terms and think pedophile’s are everywhere OMG. There are actual logical explanations for why people search for teens but it’s more fun to be angry.

There is almost assuredly double didget support for “Q anon lite” Or the idea that there are either large amounts of government officials who are child molesters or that they’re are “pedo” armies lying in wait to the strike and “normalize” child rape.

The first one is basically a truism about politicians and “major CEO’s” The idea behind it is that sexual harrasment and rape is motivated by power or that people take these jobs so that they then can rape, without consequence. Neither of these are true from what I can tell but its super pervasive and it breaks part lines.

The second one you can tell is pervasive just from reading the comments. I like to think though that WE are lying, lurking, waiting, for a time when we can break free and reform child sexual abuse prevention. To save more kids.

This always amuses me.

Me liking loli is apparently wrong, but the British public having their girlfriends dress up as school girls is tooootally okay. Like, what the fuck?

It’s almost like their hatred has no logical consistency…

Exactly what was thinking about!

Actually, it was very good that you responded to it!

I wasn’t thinking about this at the time but the main point of this article is that the establishment fashion and beauty community, along with general societal consciousness targets young girls. This is even closer to reguler “”“Q anon”"" since they literally believe that elites and that many entire corporations and establishments are trying to "“sexulize” young girls.

Yes, it’s said in a different way but it’s essentially the same thing. There seems to be a progressive/feminist version of “QAnon”. Which basically claims the same thing as the “traditional QAnon”, but in a way more sophisticated, light and “progressive”. Instead of saying "The world is controlled by satanic, political and “Hollywood” elites pedophiles. Who want to “legalize pedophilia. Save our children blah blah blah”, they will talk about the “pedophilic culture perpetuate by the media, by man, and by the elites, systematically dominant in the heteronormative partiarchal society which endemically hypersexualize all girls, who urgently need to be freed from this oppression etc etc.”. Roughly speaking, the speech is very similar and the objective is almost the same. Of course I am not denying the hypersexualization of girls, nor the patriarchy or heteronormativity as real things that need to be fought in our society. But I think you can understand the point I’m attempting to make here!

ah yes, putting pressure on children to look like adults. totally the doing of people who are aren’t attracted to adults. sarcasm

“. There seems to be a progressive/feminist version of “Q Anon”.”

After “Q anon” became popular conservatives created “blue anon” which is for leftwing conspiracy theories. Presumably you’re from the USA but if not the democrats use blue as their election map color.

Blue anon doesn’t have any particular relevance to a single conspiracy theory. I think it should though, it should refer to liberals and leftists. Who belive the tenant of pedophile elites, or a broad societal attempt to erase age of consent. Really blue anon and Q anon people are like the spiderman meme where they are pointing back at each other.

Tons of people believe in the first two. The third is the only one unique to Q anon. There tenants are everywhere in society, and Q is just a branch with ““religious”” beliefs. Bassicaly huge percentages of people are Q anon without the silly cult icing.

Yes, well pointed. I’m not from the US but sometimes I follow a lot of debates that take place on the internet about politics and social issues there.

Yeah i realized there are comments on the original article (just when i thought things couldnt get dumber) and more articles on that site in similar vein, so i may start a new thread about that in a day or two.