How do I argue against this?

Tell me, why are are you all so focused on just one pic like it represents everything I look at ever? Because that commission is an evidence on itself that you're clearly not adequate person and that you probably would diddle little kids if any...

The answer to this is: If there is no need for the childform to be an element of your desires, it would not be there. It does give you sexual arousal, and since, as I stated before, you seek it out and sought it out for over a decade, it is certainly sexual attraction present. That you are denying the obvious is just retarded.

Sexual arousal indicates you have some sort of physical response to something. Meaning this shit, gives you a boner and gets your libido going. So in short, this does not really make your argument any better at all, if anything it tells us you pop a boner when you look at little winnie transforming and want to give your wee-micro a helping hand. So to speak.

First off I think he gets the definitions of arousal and attraction wrong. Are there any better definitions and if so where can I find them?

These guys think having arousal is the same as attraction. Which isn’t right in my opinion.

Because the human mind can and does compartmentalize certain forms or ideallic depictions based on how they’re presented.

You know, I ALMOST understand the “argument” about “liking the body of a loli” being “dangerous” because it is pretty much the same thing as the real thing. But, I can tell you that : 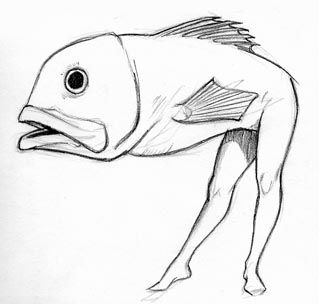 Because the human mind can and does compartmentalize certain forms or ideallic depictions based on how they’re presented.

Interesting, is there research on this?

There is, but I don’t know the source of this particular cited example. Ponies (MLP) vs. actual horses come to mind, too.

I don’t think he insists on exclusivity necessarily, but his argument is just as stupid anyway: he argues that some people can molest kids without being sexually attracted to them at all.

He says some child molesters are just opportunistic and would molest anyone, adults, men, women or children. He claims it’s motivated by sadistic, non sexual urges, not a genuine sexual attraction.

Maybe this is correct in some spergy, academic psych context, but (and this is Jacob’s poor grasp of language) that’s not what the word means in English in general.

It’s like the dumb gotcha reddit nerds try to pull with tomatoes being a fruit. Yes, tomatos are botanically/anatomically the fruit of the plant but that’s not what the word means by default. That’s only what the word means in a narrow, non-standard context.

Now take fruit vs veggie and apply it to his gross, horrifying sexual interest

Language is descriptive not prescriptive. He is trying to have the words define the truth instead of explaining it. By doing so they are trying to control the argument and make a strawman that doesn’t follow a more precise definition like I am using.

This guy is worse:

Homosexuality isn’t a crime. Pedophilia is a crime. @ryu289, you yourself have engaged in one of the fallacies you’re so obsessed with (and one you called out Coffey on like a complete retard)- a strawman fallacy. You’re misrepresenting their argument by making it easier to attack. This would have stood if we were still in the ages where homosexuals were stoned to death in the streets, or if we all lived in some middle eastern shithole. Yet, we don’t. You are comparing apples and oranges. A much better argument would have been:

“Replace ‘pedophile’ with ‘rapist’ we can see how absurd your logic is.”

Pedophiles act upon those who cannot consent, making them the exact same as (if not worse than) rapists. Notice how your argument therein holds zero water still, considering the fact that both of them are disgusting criminals. This is because you are a dumb retard who fucks little girls and hides behind gay people.

Also, since pedophilia is a crime, if you are a “MAP ally,” then you are a criminal accomplice and can go to prison.

(Also, yes. Pedophilia applies to non-offenders as well. You can be a pedophile without sexually assaulting children. The idea that you can’t is just fucking stupid, especially when pedophilia is literally a mental disorder that can be diagnosed and can get people referred to therapy.)

I use the most up-to-date legal definitions available because they determine whether or not people like you rot in prison. Cope and seethe all you’d like, the law is above every single definition from every single Wordpress website you scour through. Then again, I don’t expect pedophiles like you to enjoy legality very much.

I don’t know who said the below but that is true, (pretty much all other things are not)

he argues that some people can molest kids without being sexually attracted to them at all.

some child molesters are just opportunistic and would molest anyone, adults, men, women or children.

Also, I’m not sure why you want to argue with people from kiwifarm. Do you know what Kiwifarm is, right? Is just a bunch of virgin trolls who think they are dangerous. I already play with them some time ago in a thread that was bothering me, and mess with their heads until they stop talking. Want me to do it again in this one? I kinda miss those guys, they are fun :3

Nothing wrong with being a virgin.

True, but they don’t like being called that, that’s why I do. Annoying them is fun :3