Interesting idea. It will launch sometime in late 2021 or 2022. It’s been said time and time again that we cant really arrest our way out of this problem, unfortunately. Arrests only can be at best a part of the solution.
IDK who runs this organization aka prostasia, but u might want to take a closer look at what is going down. 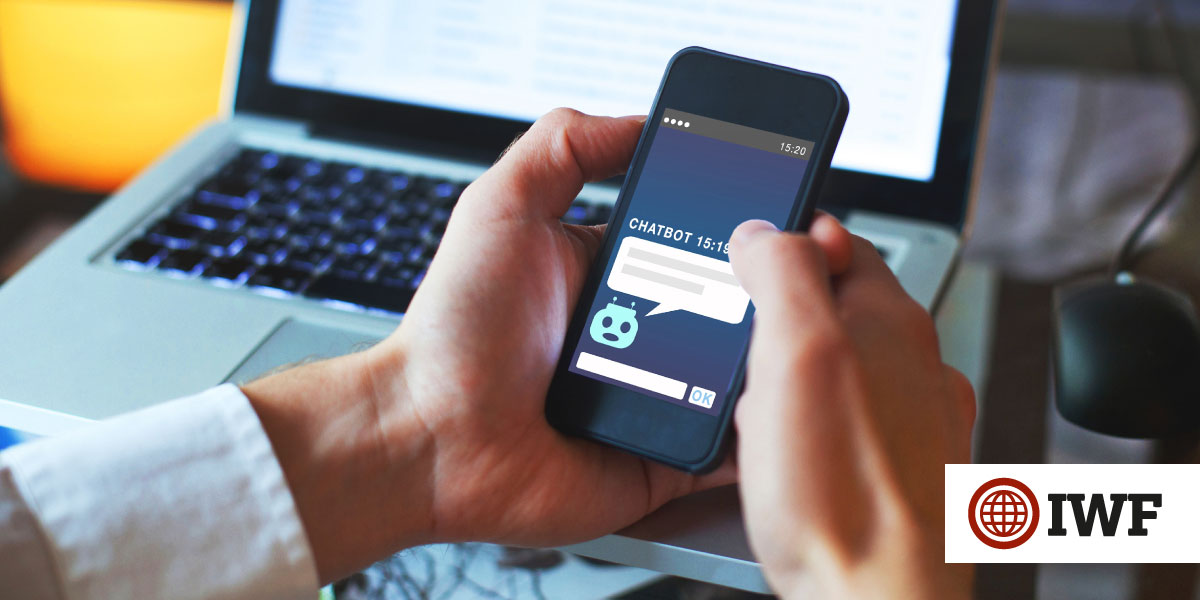 IWF received a grant from the End Violence Fund to develop a chatbot that will interact with internet users who might be looking for child sexual abuse.

We’re building an interactive chatbot which aims to curb the demand for online child sexual abuse material. It will interrupt people trying to access this imagery and prevent them from committing a criminal offence.

In 2020, the End Violence Fund announced that they will fund this two-year project. The IWF reThink Chatbot will interact with internet users who are showing signs that they might be looking for images of child sexual abuse. It will attempt to engage them in a friendly and supportive conversation, and at the right moment, signpost them to the help and intervention support that they need.

The reThink chatbot will then refer people to our partner organisation, The Lucy Faithfull Foundation, who will help them change and control their behaviour.

Our developers have already created a functioning proof-of-concept prototype. To help us, we’re gathering some of the world’s best minds and technology experts. Among them will be a forensic linguistic specialist, who will assist our developers with the coding and design the conversation script and flow.

This project aims to roll-out a pilot by the end of 2021 with a full operational roll-out in 2022. We believe that this project has massive potential and will help in our proactive fight against online child sexual abuse and exploitation.

Google warns me about child pronography whenever I search up ‘‘Loli’’ or ‘‘Shota’’. This will just be the same thing but even worse.

Maybe it’s possible that some cp offenders also distribute real cp while calling it under those search terms?

That’s like saying people might distribute drugs under the term ‘‘cheese’’ so cheese should be outlawed. Loli and Shota is not child pornography but institutions with legal power recognize it as such.

Loli/shota are considered ‘bad words’ in Google’s search algorithms because of UN pressure. This type of tomfoolery didn’t begin until early to mid 2018, when Twitter also revised their rules to align with UN-backed pressure and scrutiny.

It’s honestly Amazing how the U.N continues to fail spectacularly at doing what it was designed to do but has somehow managed to lead a successful global crusade against problematic erotica.

It’s honestly Amazing how the U.N continues to fail spectacularly

You can read about it here: US and Japan Reject United Nations Proposal to Ban Various Forms of Anime,...

This is Niche Culture. In this column, we regularly cover anime, geek culture, and things related to video games. Please leave feedback and let us know if there’s something you want us to cover! The United Nation’s Committee on the Rights of the...

I have a friend who is a filmmaker in Japan. He says that many people there felt insulted that the Olympics Committee has insisted that all loli type images (even if not actually pornographic) be removed or covered in the city and surrounding areas until after the Tokyo Games.

And if they refuse to do so?

It was a while back that he told me about it (even before COVID-19 delayed the Olympics), but it was apparently a stipulation for the Games to be held there. All loli imagery removed or covered in Tokyo, roads leading to the city, and airports and dock areas. I can’t confirm the truth of this personally, but others in Japan said the same.

A country actively committing genocide is allowed to host the Winter Olympics. The Olympics Committee no longer has any legal or moral merit to enforce anything.

Well in the USA it’s different.

Like the peasants of olde, who wanted to burn witches with or without Church influence, the “majority of the people” are stupid.