What is exactly the origin of the minnor attracted person flag? There are a lot of conflitating stories about it. There are websites saying it was created on Tumbrl part of troll expirement, others saying it was created by the alt-right too attack the LGBT community and other saying it do was created to refer to pedophilies, but to clebrate non-offending minor-atrracted person"s. So, what do you guys think about it? Where does that flag came form in the first place? Another question I have is if this flag even existed in real life? Like a physical flag, like LGBT flags constantly used on Pride paredes, not just virtually. Does anyone here know?
For those who aren’t familiar with it or don’t remembre it , that’s the falg I’m talking about: 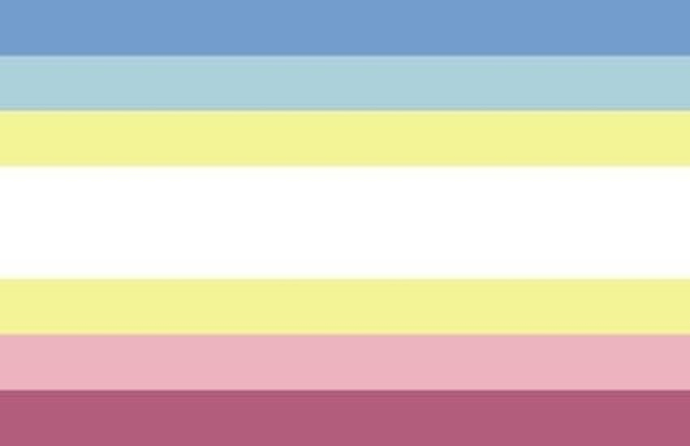 The flag was created by a MAP ally on Tumblr going by the name Stenna when I was still there so around 4-5 years ago, a lot of us liked it so we decided to adopt it and it’s become pretty widely accepted. Shortly after they deleted their blog and the name was taken by antis (this happened a lot on Tumblr) and that’s where a lot of confusion came from. I know Lecter wrote a more in depth piece on the origin, I’ll look around for it.

Another question I have is if this flag even existed in real life?

I don’t believe it’s ever existed as a physical flag, if it has that’s only recent.

Its probably not a good idea to use the flag becuase of how its associated with the twitter map massacre, and that brought alot of hate towards the pedo support communities. I assume most of the people who attempt to troll our form come from youtube videos on the subject.

Ok, thanks! If you find please put it here, I’m curious about it

I may be wrong about him writing something specifically about it, might just be mistaken because it’s something he brings up quite a lot. But his recollection of it is similar to mine, although he knew Stenna better than me.

I also read other sites also claiming that it was created by “The Prevention Project”, there really is a lot of confusion about it

Was this the tumblr post you were referring to? Yes, that’s the first ever instance of the MAP flag.

I found this flag on an imageboard, but I figured I’d post it here since it’s relevant to the discussion. Pedophiles also known as pedosexuals, Minor Attracted Persons (MAPs), are a form of paraphiliacs where one experiences sexual or romantic attraction to minors under the age of consent, their AoA (Age of Attraction) is usually children under 13 or...

I’m not against NOMAPs joining the LGBT, even if begrudgingly.

It’s really disappointing to see that people think pedophilic persons can just “get help” or “seek therapy” for their desires. Like I get it, they’re concerned about the welfare of children, but to me, this seems like the wrong way to go about doing it. People told gay men to ‘seek help’ for their homosexual desires during the HIV/AIDS scares of the 20th century, going so far as to evict gay men from neighborhoods or not let them use public facilities.

I think the LGBT community ought to consider accepting non-offending MAPs. There is a stark difference between pedophilia and pedophilic disorder, after all, so seeing people claim that it’s nothing more than a mental disorder or a disease is both disappointing and wrong.
Pedophilia, whether they like it or not, isn’t going anywhere. It can’t be ‘cured’. It can’t be treated, nor can it be inhibited. The best they could do is provide safe, legal outlets for their desires while making it perfectly clear that sexual activity with REAL CHILDREN is NOT ALLOWED.

Ops ,just discoverd because of @Chie link, that there actually is at least one real physical flag arround there. But I have no idea, where did this person got this…

Since the pedo wanna delete the tweet I’ll put it back up for the fucker. Here’s one of the face of these disgusting creatures , please go report him (check my other tweets if you dunno how to report pedophilia) #map #maprights #mappride #parodiesagainstmap #mappositivity https://t.co/ILAJEEiYfP 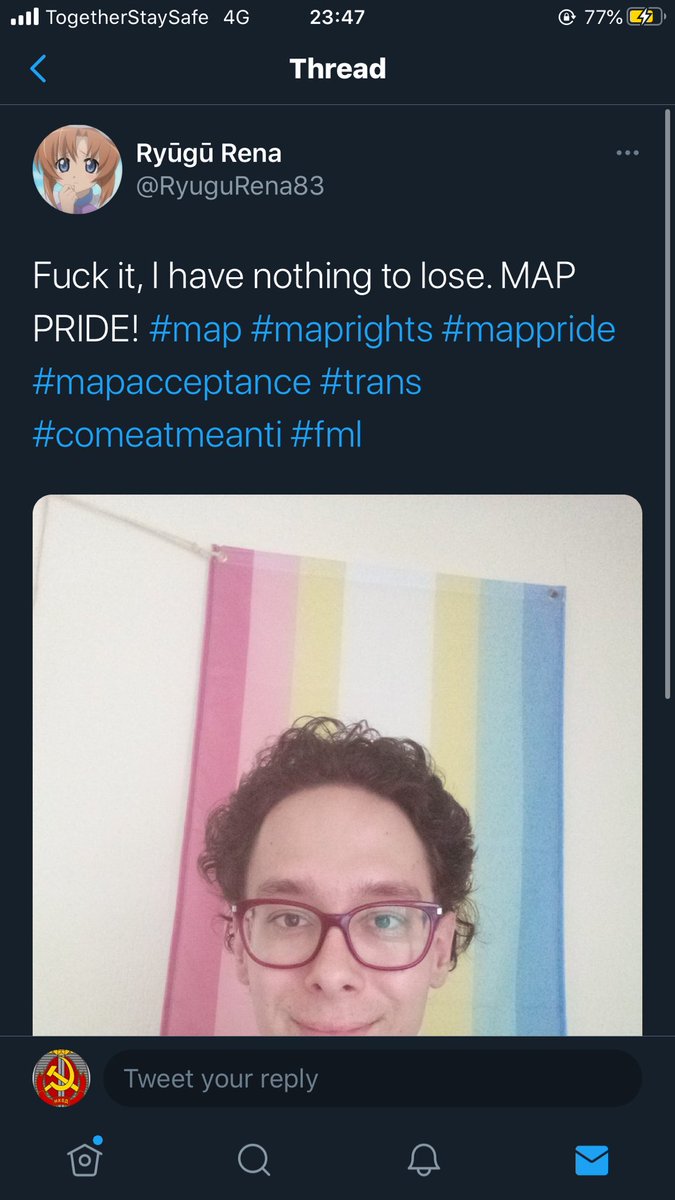 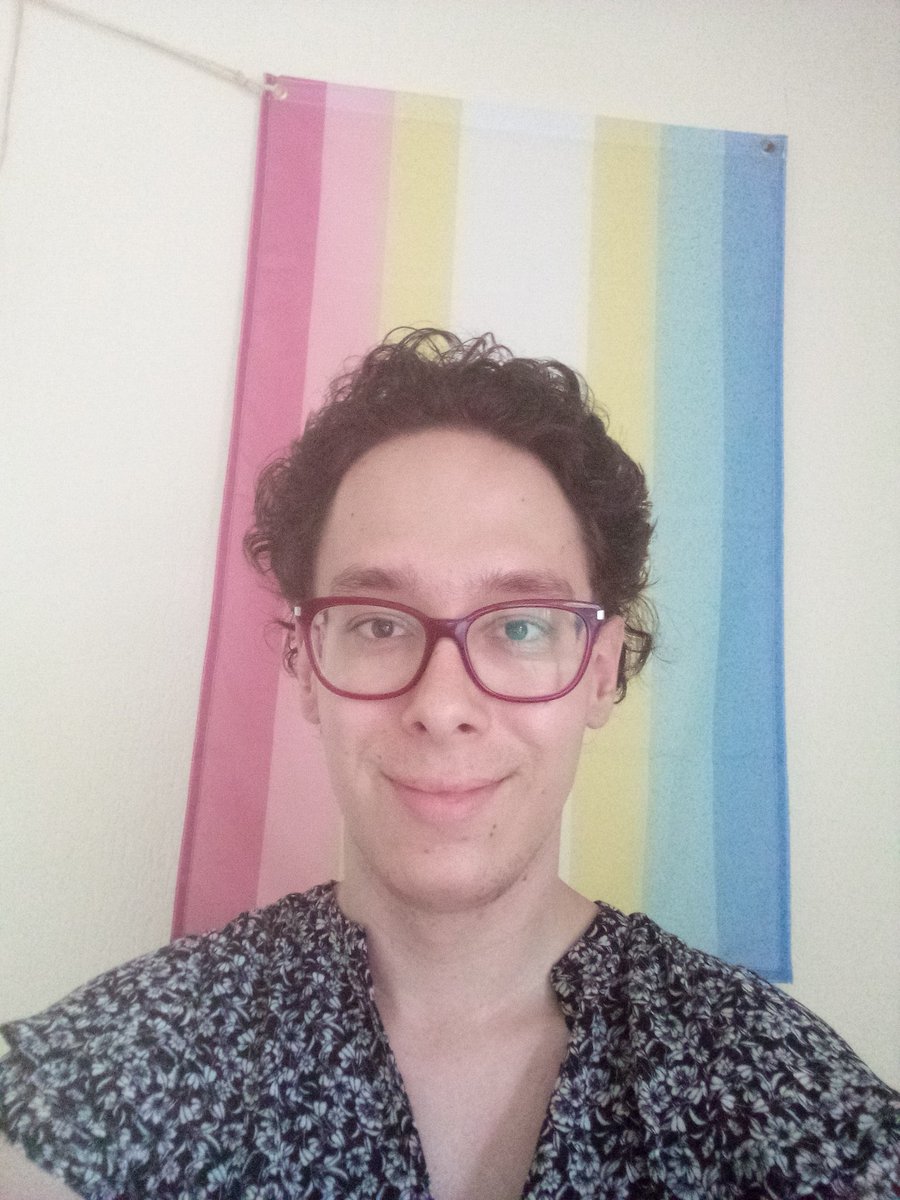 People told gay men to ‘seek help’ for their homosexual desires during the HIV/AIDS scares of the 20th century, going so far as to evict gay men from neighborhoods or not let them use public facilities.

Nothing changes, society always just moves along to the next group they can stigmatise.

I think the LGBT community ought to consider accepting non-offending MAPs.

I think the community would decline overall anyway, I certainly would. A lot of us don’t much like the LGBT community and think we can be served better by having our own.

But I have no idea, where did this person got this

Easy enough to get one custom made, just very few people who’d risk it.