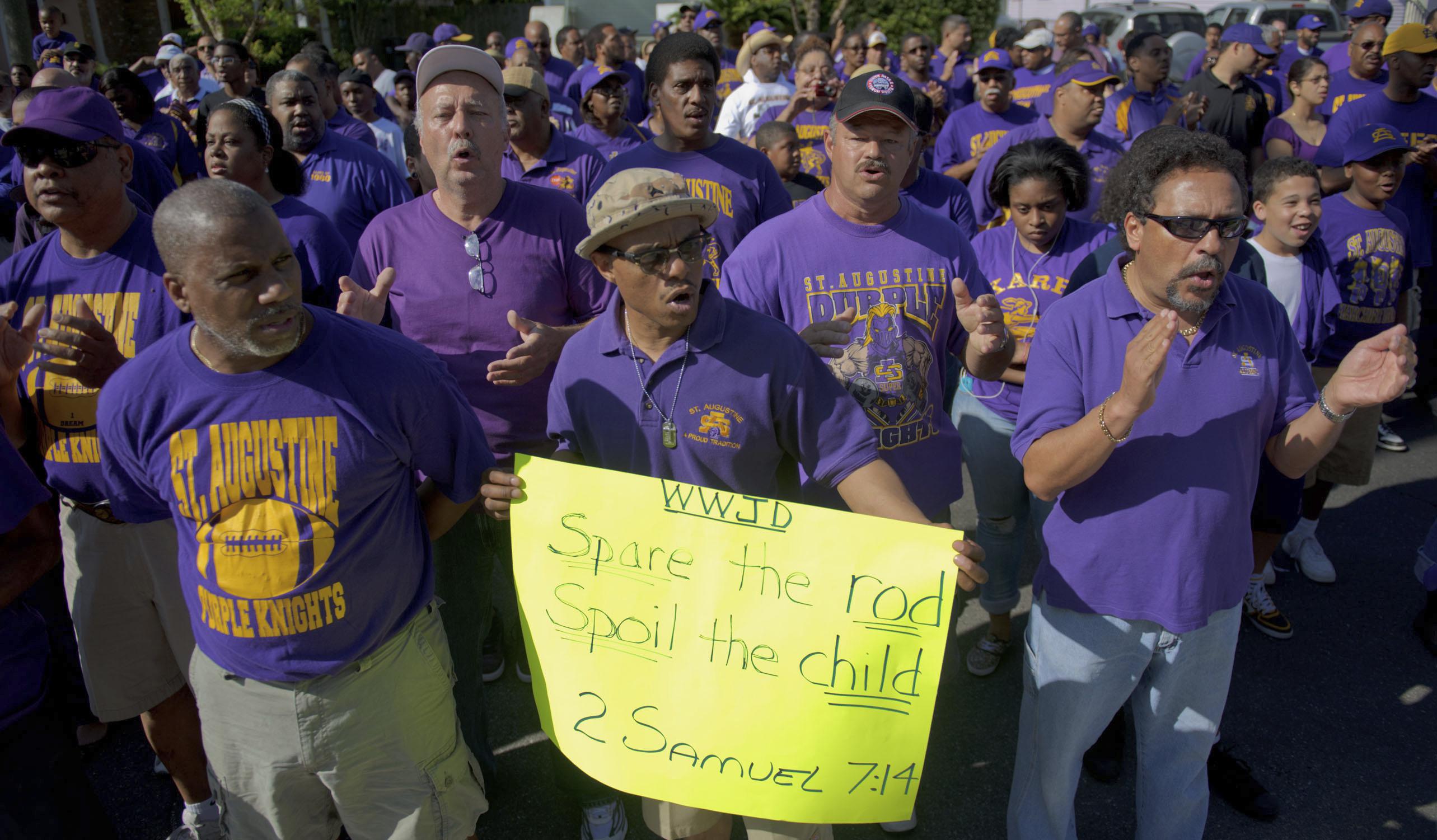 A school district in southwestern Missouri decided to bring back spanking as a form of discipline for students — if their parents agree — despite warnings from many public health experts that the practice is detrimental to students. Stigma fuels misunderstanding, and leads us to overlook many kinds of sexual violence that aren't committed by stigmatized groups. Don't use sexual abuse as a punishment

I’m against the use of corporal punishment in any sense.

The fact that public schools are, to this day, still allowed to strike a child as a form of disciplinary action is a testament to a gross and repugnant failure on the public to disentangle their desire to instill what they perceive as “values” from actions that only hold such significance because they are traditional, in nature, even when such actions fail to meaningfully promote such values.

it´s also a sign of the double moral of society …

“sex Ed? No that hurts children” “Hurting children? Ah that only makes them tougher” … and the worst that often comes from the same people -_-

“Sex ed traumatizes children, hit them with a belt instead!”