Prepare for overwhelming influx of criticism

I’ve just posted a link to your forum on every single facebook group I’m in. I told them to offer constructive criticism. Expect to see your echo bubble to pop as it should. IT’S OVER PROSTASIA. WE HAVE THE HIGH GROUND. CHILD S*X ABUSE DOLLS ARE EVIL.

I’m posting on an alt because of the stupid post limit.

Don’t forget one of the writers for Prostasia was convicted for possession of real child abuse imagery.

I wouldn’t trust Prostasia to protect kids any more than I would trust a Neo-Nazi organization to protect ethnic minorities.

Do you have proof of this? I’m going thru the staff list right now and I can’t seem to find any writer or contributor who has a conviction for CSAM.

T’S OVER PROSTASIA. WE HAVE THE HIGH GROUND. CHILD S*X ABUSE DOLLS ARE EVIL.

No, they’re not. And being “icky” or “evil” isn’t a justification for what is a civil rights violation. 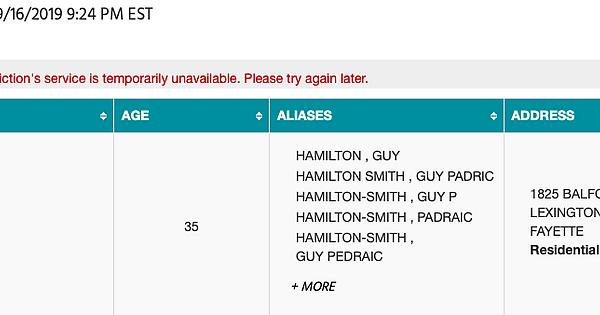 And being “icky” or “evil” isn’t a justification for what is a civil rights violation.

Preventing people from acting out child rape is not a violation of civil rights, you utter nonce. Good Lord.

I don’t think this guy was a staffed writer for Prostasia Foundation. He’s affiliated with NARSOL, which is a completely different organization.

Preventing people from acting out child rape is not a violation of civil rights, you utter nonce.

Banning/criminalizing sex dolls is a violation of a person’s civil liberties and these dolls are not “acting out child rape”.
They’re dolls, no child is harmed in the commission of such acts and there is no evidence that using these dolls will put children at risk of being harmed. And, like pornography, they have potential therapeutic benefits which may prevent children from being harmed. This is vital research that needs to be performed.

You have the same “moral high ground” as the stupid peasants who burn witches, which is to say none, besides your own fear born from ignorance.

Guy is a paradigm example of someone who committed an offense, paid the price for it, and was rehabilitated. That’s what we want the criminal justice system to do. He is now a well regarded expert on this topic who speaks at conferences and publishes in journals, and works full time on criminal justice. He is absolutely up front about his past mistakes and how he learner from them, and we offer no apology for his past involvement.

Your post just makes me want to give more money to the rational, science-based and necessary Prostasia Foundation. Which I am doing now.

Good for you, but I would NEVER support and organization that wants to decriminalize child sex dolls. I agree with a lot of other posters we don’t necessarily want to lock people up for simply owning these dolls, but they shouldn’t be allowed to import them or own them. Seizers by regulators and law enforcement without any refund to the offenders is punishment enough. These dolls cost what, 600-1200 dollars? Seizers can be thought of as a punishment on itself and would be a deterrent.

Normal people have gotten on board with the fact these dolls must be criminalized. The only rational debate is how to deal with offenders. Do we just seize their dolls and do nothing more? Do we tack on a fine on top? Should we use probation or even prison?

The only rational debate is how to deal with offenders

The rational place for debate to start is “should they be in any way restricted?”

We’re open to hearing arguments against these dolls, it’s important for an open discussion to take place, but when you’re argument is as meaningless and pathetic as yours is your arguments are not going to be taken notice of.

seize these sickos dolls without a refund.

“Normalisation” is nothing more than a buzzword used by those who wish to police others thoughts. There’s no evidence to suggest that the use of these dolls will in any way “normalise” the sexual exploitation of real children. If you have some to the contrary then you are welcome to share it.

Good thing I’m not advocating for thought crime. I’m pushing for non-punitive criminalization of child sex doll possession. I want to seize and destroy their dolls. Nothing more, nothing less.

There’s no evidence to suggest that the use of these dolls will in any way “normalise” the sexual exploitation of real children.

There is. Plenty of evidence.

Most people can. But you are eroding the barrier that prevents adults (18+) from having sexual interactions with children! Right now, you cannot have sexual interactions with anything that looks obviously like a child. This is an additional barrier that prevents them from going after the real thing. If you make it ok to go after something that looks like a child “just because it’s not real”, what’s stopping them from going after the real thing??? IT’S THE EROSION OF THE BARRIER THAT IS THE PROBLEM WHICH IS WHAT NORMALIZATION IS.

There is. Plenty of evidence

Most people can. But you are eroding the barrier that prevents adults (18+) from having sexual interactions with children!

Can you demonstrate that using one of these dolls would erode that barrier? Can you explain how I am eroding that barrier by opposing sexual abuse and taking a rational, science based approach to prevention?

If you make it ok to go after something that looks like a child “just because it’s not real”, what’s stopping them from going after the real thing???

What’s stopping them from going after the real thing is the same thing as before they possessed the doll.
That’s a big leap from “this is okay with a sex toy” to “this is okay with a real child”. Can you demonstrate why such a significant leap in a person’s thought would come about?

So do you support research that could either support or disprove your theory that sex dolls break down the barriers that prevent people from abusing actual children?

If so, then why ban the dolls before that research has been done?

If you don’t support the research being done, why not?

Prostasia Foundation is working with members of the only research team that is investigating the psychological effects of sex dolls, and their findings so far point in the opposite direction to what you suppose. They have found that there is no link between doll ownership and sexual aggression, nor to paraphilias and disorders such as sadism or psychopathy that would make an individual more inclined towards rape.

Why wouldn’t you support an evidence-based approach to this topic, rather than one driven by your instinctive disgust at other people’s unusual sexual interests?

You seem to be the one unable to distinguish between plastic and flesh. What’s stopping them from going after the real thing? The fact that they’re real? People who want to go after the real thing wouldn’t care whether or not the alternative exists, anyway.

If they find out that it does not increase risk of them raping a real child than I might rethink my idea. As for your research, it seems your research is an inprogress thing and I’m still not convince that possession of these sick dolls should be decriminalized. I MIGHT be convinced in the future, but it will be very difficult to do so.

But the predators that DO rape children should themselves be raped. Let them be put the predator through the exact same pain they placed these innocent vulnerable beings through. If I were given an immunity shield where I could be immune to prosecution if I raped a child rapist, there is virtually no doubt in my mind I would rape the child rapist thousands of times to make them suffer for the heinous crimes they did.

Judge Rosemarie Aquilina herself stated that if she could sentence Larry Nassar to be done what he did to those women, she fucking would. If only we could give immunity shields to people who would be willing to carry out just that. This sentiment is very common and is pretty normal.