Recent news! What do you guys think about it?
Here’s the full news article: 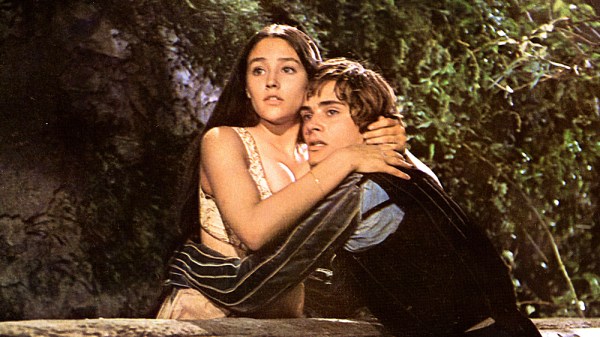 ‘Romeo and Juliet’ Stars Sue Paramount for Child Abuse Over Nude Scene in...

Olivia Hussey and Leonard Whiting were just teenagers when they electrified audiences in the 1968 version of “Romeo and Juliet,” directed by Franco Zeffirelli. The film was a hit and wa…

I heard about this. Let’s see what we got:

Olivia Hussey and Leonard Whiting were just teenagers when they electrified audiences in the 1968 version of “Romeo and Juliet,” directed by Franco Zeffirelli. The film was a hit and was nominated for four Academy Awards, but it also stirred controversy over a bedroom scene which included images of Whiting’s buttocks and Hussey’s bare breasts.

Now in their 70s, Hussey and Whiting filed a lawsuit in Santa Monica Superior Court on Friday, accusing Paramount of sexually exploiting them and distributing nude images of adolescent children.

The suit alleges that Zeffirelli — who died in 2019 — assured both actors that there would be no nudity in the film, and that they would wear flesh-colored undergarments in the bedroom scene. But in the final days of filming, the director allegedly implored them to perform in the nude with body makeup, “or the Picture would fail.”

Hussey was 15 at the time and Whiting was 16. According to the complaint, Zeffirelli showed them where the camera would be positioned, and assured them that no nudity would be photographed or released in the film. The suit alleges that he was being dishonest and that Whiting and Hussey were in fact filmed nude without their knowledge.

“What they were told and what went on were two different things,” said Tony Marinozzi, who is a business manager for both actors. “They trusted Franco. At 16, as actors, they took his lead that he would not violate that trust they had. Franco was their friend, and frankly, at 16, what do they do? There are no options. There was no #MeToo.”

According to the complaint, Hussey and Whiting have suffered mental anguish and emotional distress in the 55 years since the film’s release, and have also lost out on job opportunities. Despite their breakout performances, Hussey and Whiting had only very limited acting careers after “Romeo and Juliet.”

They are seeking damages “believed to be in excess of $500 million.”

“Nude images of minors are unlawful and shouldn’t be exhibited,” said the actors’ attorney, Solomon Gresen, in an interview. “These were very young naive children in the ’60s who had no understanding of what was about to hit them. All of a sudden they were famous at a level they never expected, and in addition they were violated in a way they didn’t know how to deal with.”

The lawsuit relies in part on a California law that temporarily suspended the statute of limitations for older claims of child sexual abuse. The courts saw an influx of complaints against the Boy Scouts of America and the Catholic Church, among other organizations, in the days leading up to the Dec. 31 deadline.

Paramount did not immediately respond to a request for comment.

In a 2018 interview with Variety, Hussey defended the nude scene.

“Nobody my age had done that before,” she said, adding that Zeffirelli shot it tastefully. “It was needed for the film.”

In another 2018 interview with Fox News, she said that the scene was “taboo” in America, but that nudity was already common in European films at the time.

“It wasn’t that big of a deal,” she said. “And Leonard wasn’t shy at all! In the middle of shooting, I just completely forgot I didn’t have clothes on.”

Don’t get me wrong, I understand why they want to sue the company and their reasons are valid. However, if Hussey defended the nude scene only a few years ago, why is she now saying that it was wrong, even back then, and that it ruined her?

Something doesn’t add up here.

The statute of limitations exists for a reason, a trial where quite literally all potential witnesses are dead, including the director whom was alleged the perpetrator of the abuse and deception can’t really be anything more than a kangaroo court. If they had it in contract that they had not consented to those scenes being present in the actual movie, they might have a leg to stand on. Except they don’t, and any witness who can personally confirm their assertion are dead already.

Olivia hussey has also very vocally defended this “scene” for many decades now, most recently in a 2018 interview. To go from that to now wanting 500 mil in damages is about as dramatic of a U turn as you can get. Building a consistent story of damages/suffering is a important - doing a 180 like the nirvana baby is not a very good look. Well, Atleast she hadn’t made that one scene her entire life and livelihood like the nirvana baby.

Personally, I am VERY divided on this issue, a part of me supports them, another part is more skeptical about this whole thing after all this time. On one hand, their reasons are valid as you said, they were still minor teenagers and obviously shouldn’t be subjected to filming nude scenes, on the other hand there is this issue involving the actress’ previous statements (although she may have changed her mind, it is something fully possible) and the fact that his occured a VERY long time ago. I’ve never seen this movie, but for those who have, does it really reach a level where it could be considered “child pornography”? What would be the impacts of classifying a film like this as “child pornography”? These are things we need to think about, in my opinion…

Here is the Wikipedia page for the film: Romeo and Juliet (1968 film) - Wikipedia

And here’s the talk page for it: Talk:Romeo and Juliet (1968 film) - Wikipedia

One Wikipedia editor says this on the talk page (regarding the current lawsuit):

There is a bit of edit-warring going on regarding the age of the actors during filming. Someone is insisting Whiting was 18 and Hussey was 17, but they did not reach these ages until after the film was released. There is some doubt as to when the filming of the nude scene took place. The lawsuit states it was in December 1968, which is wrong (the film was released in March 1968). The AP says that “Olivia Hussey, then 15 and now 71, and Leonard Whiting, then 16 now 72” implies the filming took place before April 1967. Those ages appear in the lawsuit as well. “The Romeo and Juliet 1968 Movie Database” indicates the filming began in the summer of 1967, but this site should not be considered fully “reliable,” especially as it contradicts the AP. Consequently, we should present the actors claim as such, and not indicate their ages at the time of filming as fact in Wikipedia’s voice.

Variety were sent a PDF copy of the lawsuit. They published it on their article, but I’m gonna post it here anyway: https://s3.documentcloud.org/documents/23563642/romeo-and-juliet-lawsuit.pdf

The lawsuit states that the nude scene was filmed in December 1968. The problem with this (as was mentioned by the Wikipedia editor) is that the film was released in March 1968.

Did nobody check to make sure that this was accurate? A quick Google search would’ve sufficed. I’d like to think that it was an honest mistake, but… Is it really?

Wikipedia states that filming began in the summer of 1967, so the nude scene would’ve probably been filmed around then.

Speaking of which, according to AP News, the nude scene was brief:

Whiting’s bare buttocks and Hussey’s bare breasts are briefly shown during the scene.

Something tells me that this lawsuit isn’t gonna go the way they think it’s gonna go.

Having actually watched this film, I can confirm that the brief exposure of their buttocks was all that was visible. If you go back in time, I can point to other films where teens or near teens were filmed nude, showing only their buttocks. Jay North was 14 during the filming of Maya (released in 1966) and John Philp Hogdon was about 12 or 13 during the filming of A Visit to a Chief’s Son (released in 1974). Young Hogdon also very briefly displayed his genitals. They are almost impossible to see.

This was not unusual at the time for children to be seen briefly nude, generally just the buttocks.