I don’t know if any of you saw that. There was recently a young woman who posted on tiktok videos showing her father’s search history on Google and it was full of “teenage daughter” “flat teen” porn on it etc. She recorded videos “denouncing” her father’s behavior on tiktok. Some people kind of turned on “against her” saying that she was repressing her father’s “sexuality” in a way (I don’t know exactly what term people used), but the large mayority sided with her, even suggesting her to flee, go to court against her father etc. Apparently, everything indicates that, the videos in question are those generic videos from big porn sites that have these crazy titles, but it’s in fact all staging and there are not actual teenagers. But in any case, many people had a strong position against her father, including asking for his arrest on twitter, there is even a video in which the girl says that all that is “straight up child pornography”. Anyway, what do you think about all this? Which side would they be on? How do you feel about it?
I’m going to leave here two twitter links with two of these videos for you guys to see with your own eyes and not stay just with my description, because English is not my first language (so maybe I “got something wrong” ?idk):

Imagine being a teenager and finding out your father watches father-daughter incest-themed p0rn, as well as "teen" and r*pe p0rn. https://t.co/BXOIjfrZzD 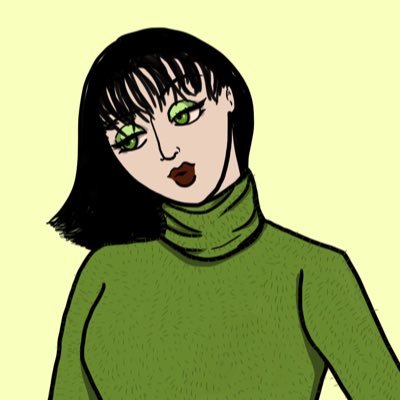 This girl sounds overly sensitive and judgmental. Like she and the people in the comments are a step away from ruining someone’s life over the things he fantasizes about.

Now if this were actual CP and actual rape, that would be an entirely different matter, but it’s not (as far as I can see) and the daughter and people on Twitter want to ruin a man’s life because they feel like it.

Reminds me of Chester the Molester’s creator drawing weird comics and the court of public opinion came to the conclusion, “This guy has to be molesting his daughter” based on that alone. No evidence or anything, he was weird so he was a criminal in their eyes and they wouldn’t stop until they found something to put him away for. A comic strip was “proof” he was a monster, but it was thankfully overturned because making a comic isn’t indicative of being a menace to society. This girl and the people on Twitter/Til Tok… Are essentially the same breed as those Puritans.

Basically, no crime is taking place here. No real CSAM as far as I can tell, no actual rapes were uploaded… It’s just disgust being aroused in these people and that’s apparently punishable… Homosexuality between consenting partners aroused disgust, so did interracial relationships… It’s just the same logic Puritans use.

There’s something about her facial expressions, eye movements, vocal patterns and the camera angles she’s using that makes me immediately distrust her. Normally that goes against “don’t judge a book by its cover” but there’s just so much more here that makes be suspicious.

If her father actually was looking at child pornography, why vlog about it?? Why be so open and public about something so sensitive in a way that’s shocking and potentially incriminating??

There’s something about her facial expressions, eye movements, vocal patterns and the camera angles she’s using that makes me immediately distrust her. Normally that goes against “don’t judge a book by its cover” but there’s just so much more here that makes be suspicious.

Funny you mention that, she doesn’t seem to be taking it seriously if it’s actual CSAM and seems to be smiling somewhat in some parts. When listing the search results, pay attention to how she smiles after every time. She even smiles at the very end of the video.

If there was a a crime taking place, it would make more sense to go to the police as opposed to advertising this online first… It really isn’t adding up, especially the relaxed/amused demeanor she’s giving off when talking about her father apparently viewing illegal content. Really, I don’t believe anyone would be smiling coyly about finding out their parent views CSAM and actual rape videos.

Based on that, and the fact that she didn’t go to the police if this is an actual crime… This seems more like clout chasing and shaming to me.

I am not a big fan of this facial expression / body language thing, but in fact her reaction really is very strange in general (IMO)

People like this are easily offended, doesn’t matter if something is legal (or moral), if it disgusts them that’s enough to be guilty of… Something. This sort of non-sense ruins the lives (and potentially livelihoods) of innocent people for no reason beyond, “We don’t like it!”