A Warning to the Wise

Hello, friends. It’s been a while since I’ve posted anything truly important, but this qualifies. If you haven’t noticed, the US has taken a decided political shift to the right, and there is no end in sight for how much they intend to push back the liberties and freedoms many of us enjoy. I’m not here to frighten you (much), but I do think it’s important you’re informed. The SCOTUS recently struck down two legal precedents having to do with separation of church and state. Now the Trumpist factions are pushing for the court to extend this even further by allowing states to establish Christianity as the official religion, giving individual states an unprecedented degree of power to entangle their faith with the government.

Once this happens, they will be able to strip back ALL of your First Amendment rights under the premise of religious freedom, giving them the power to execute anyone who disagrees with them or who they deem to be in violation of state religious law. They’ll be able to censor, oppress or “silence” anyone they want to. This means journalists, writers, artists, filmmakers and other content creators they find to be “objectionable” or “blasphemous” (and they will interpret that broadly), LGBTQ+ people, and of course, us. They will likely establish a sort of Christian Gestapo who will come for those of us who are already out. After that, they will go to counselors and mental health professionals and force them to reveal anyone they’ve treated for pedophilia or related issues, as well as any of your friends and family. They’ll torture people for confessions, just as the Nazis did. The danger we face from the state is becoming very real indeed. If you are being treated now or are thinking of seeking a counselor, I urge caution. Even if counselors have the best of intentions, they will almost certainly submit to the state’s “requests” one way or another. Also be careful what you tell your loved ones. Don’t put them in the position of having to confess your identity or be tortured.

In conclusion, this is a philosophical call-to-arms. Vote! We’ve got to try to reverse the course of this ship before it collides with the dark side of destiny. It won’t be easy, but I believe we can mobilize and be strong. Also, I think it’s wise to arm yourself. If there’s one thing these people respect, it’s the might of weaponry. It’s sad that it should come to this, but it has and it’s time to take this threat seriously. I, for one, have no intention of submitting to a fascist regime. If I die, it will be in defense of my rights and my people–that’s YOU! As well as any fellow creative souls out there, and all persecuted minorities. Thank you for hearing me out. I hope you all understand the dire situation that faces us. We cannot let this stand. There is no neutral position on a moving train.

Thing is, understand that there is a reason why the left isn’t as popular as you seem to think it is, even among those who share our… Well, my, anyway, aesthetics. For example, look at the poll results here:

And before you blame “spooky Russians” or “spooky German LARPers”, consider the Democrats are trying to pull self-destructive shit, like this: 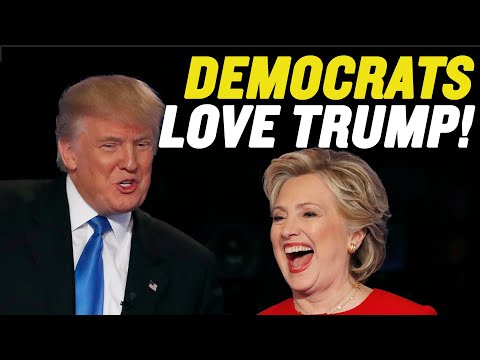 First off, nowhere in my post did I mention Democrats or their level of popularity. Nor did I mention Russians or “German LARPers.” You are attacking several straw men here.

Secondly, this is not some conspiranoid nonsense cooked up on 4chan like Q-Anon. Trump’s Republicans are openly admitting what they plan to do and have begun doing it. If you have a valid counterargument that this isn’t the case then by all means present it (the video you linked to not only has an obvious right-wing bias, it had nothing to do with my post or the article I linked). You clearly don’t, as you minimize the threat posed by these a-holes by jokingly characterizing them as “German LARPers” like they’re a bunch of buffoons from a Benny Hill skit rather than the very real danger they actually are.

AND you deflect entirely away from the target of my post by trying to make the issue about the unpopularity of Democrats. Whether Dems are unpopular or not is a red herring argument and has little bearing on what the conservatives (most of whom are Republicans), and particularly the far right, are now doing to put in place mechanisms with which to rip apart both American democracy and the Constitution, or at least the parts of it they dislike.

Finally, I have no idea what that second link is about as I do not have a membership there and have no intention of joining anything that’s hosted on the dark web. Seems to be something about anime? No idea. So… yeah.

If you’re referring to that link to AllTheFallen, it’s just a lolicon/shotacon site.

Also, I agree! After Roe v Wade was overturned, didn’t Thomas suggest revisiting other cases, like gay marriage and such? Interracial marriage would likely be next on the chopping block (funny, considering Thomas is a black man married to a white woman).

So yeah, we could see a snowball effect of other precedents being overturned. Precedent overturning isn’t bad in and of itself (it’s how segregation ended), but when it’s used to take away rather than protect rights? Yikes…

Want people to vote for your side? Instead of saying how terrible the other side is, how about improving yours? Unless you can’t, LOL. Also, bias? Instead of trying to poison wells and fasten hats, maybe consider the fact that the facts presented are true? But if you’d prefer another source: 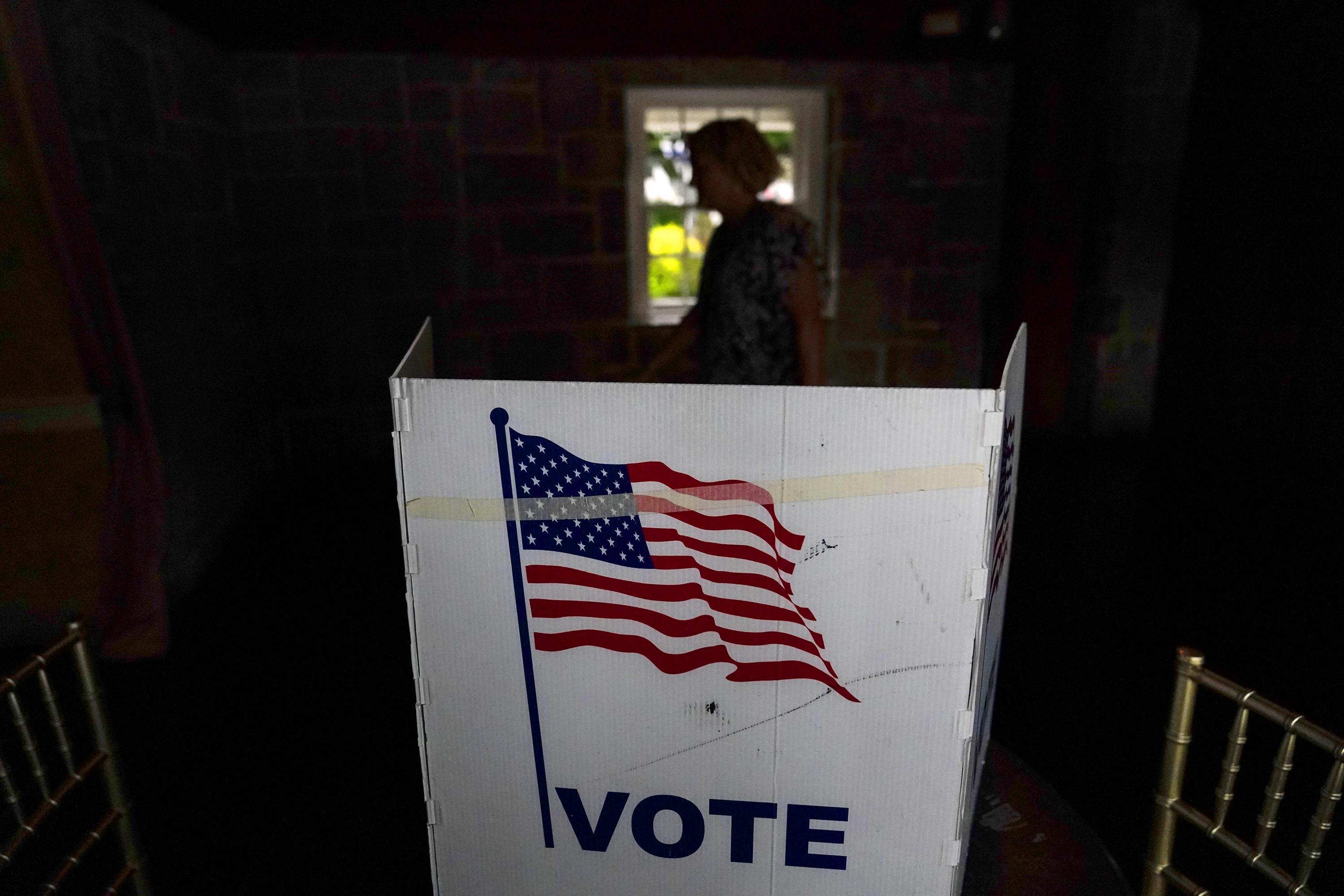 WASHINGTON (AP) — A political shift is beginning to take hold across the U.S. as tens of thousands of suburban swing voters who helped fuel the Democratic Party's gains in recent years are becoming Republicans.

“just”? Look. I think that I’ve made my factional loyalties quite clear. Loli first. Everything else is just ripple effects to me.

“Want people to vote for your side? Instead of saying how terrible the other side is, how about improving yours?”

Said like someone who has chosen to ignore the fact that Trump’s minions have labeled Dems as baby-eating, child molesting Satan worshipers, but okay. I’ll refrain from calling out the Republicans’ bullshit from here on out and play nice. Sure. No, Dems have gotten themselves in this position by playing nice while Republicans continue to play dirty. Fuck that. Also, I have plenty of criticisms for Democrats too, but once again, this post wasn’t about them because they’re not the party trying to overthrow democracy and establish Christian sharia in the US of A.

As for the voter party registration stats, Occam’s Razor should be enough to tell you that this seismic shift isn’t an indication that lifelong liberals have suddenly traded their values for those of their opponents. There are other reasons why they might do this, and even a provencial chap like yourself should be able to come up with a couple of them by applying just a wee bit of brain power.

In other words, “I’m a lolicon and I don’t care ‘bout nuttin’ else cuz I’m shallow. Weeeeeee!”

And there we have it. See. The only reason that I even know about this site was the site’s founder advertising it on ATF back on the doll threads. When he did so, many of us were… more than hesitant to show up. Now, I see why. Shallow? No, just an egoist.

The divine is God’s concern; the human, man’s. My concern is neither the divine nor the human, not the true, good, just, free, etc., but solely what is ‘mine,’ and it is not a general one, but is - ‘unique,’ as I am unique. Nothing is more to me than myself!

Brain power? Yes, anyone with brain power should already know that this is exactly how I am. Don’t be surprised when I turn such an attitude on you. During both the American Revolutionary War and the American Civil War, there are native Americans on both sides. Similarly, despite certain native tribes helping the colonial rebels win said war, they weren’t exactly rewarded sufficiently for their work. It’s always as if they were poisoned by the idea of “fighting the good fight” and forgot whether or not it was actually good for them. Never assume that your own sanctimonious righteousness alone is good advertising.

Except for the fact that you needed the final word, apparently. Also, before you say something about “spooky conservatives”, consider Denmark: Looking for Research It’s interesting to note that it was the Conservative party who asked for this research to be done as a response to the Social Democratic party who was pushing for a ban. On the flip side, wasn’t that infamous American politician who hates violent video games actually himself a Democrat?

That’s fair. Like I said, it’s a fool of a native to declare full allegiance to either the colonial rebels or the British regulars, or the Union or the Confederacy, but this Todd guy clearly has Democrat leanings… Also, as a fan of periods of war, like the 3 Kingdoms, I’m a junkie for conflicts with more than 2 sides. It generally forces anyone who has “us vs. them” mentality into a severe disadvantage (unless of course, there’s 1 faction that’s bigger than both the others combined; if that’s the case, oops or oof, as the kids nowadays say).

And there’s another reason why I consider leftists more of a thorn in my side than rightists: 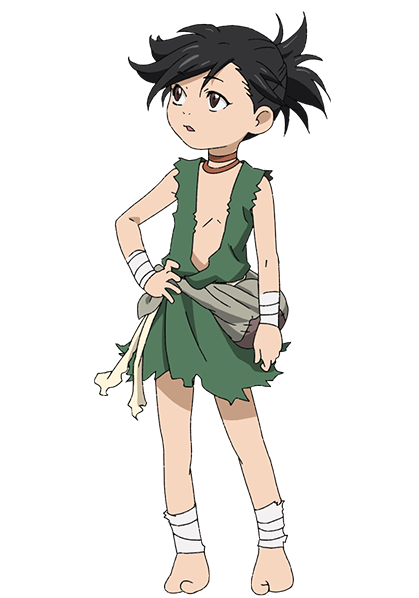 “We save people and get money doing it.Great, huh?”―Dororo in the 2019 Anime, Episode 2Dororo (どろろ, Dororo) is the titular character and deuteragonist of the show. He is a young orphaned thief, who wanders around all on his own seeking opportunities...

Not was this article changed to give Dororo male pronouns, it was also locked that you cannot change it back without proper permission. I can’t even comment anymore, but that’s probably only because it reached the cap of 200. I will now say the following knowing that I will offend many and not give a whit about: Dororo is female just like Mulan, just like Little Jo (yes, a bit of an obscure movie), and just like Arturia and Mordred in the Fate series.

I guess the Arguments here can be summarized with “Reasons the US only having 2 Parties is bad”. Seriously to believe all Political views and so on can fit a 2 party system is beyond me. Guess I am just to german …

(also anyone up for a LARP

Like I said, I care not for party loyalty. Only the benefits of my lolicon brothers and sisters. However, like a conflict on Doctor Who’s Skaro, it seems that if you don’t toe one political line, you are accused of at least being a spy for the other side. Point is, I doubt that I have to say this about Republicans on this site, so I will just say that you think the Democrats are some sort of “saviors”, then you are morons. No, beyond morons, imbeciles.

I stopped caring when I got labeled a “fascist” for wanting accurate translations: 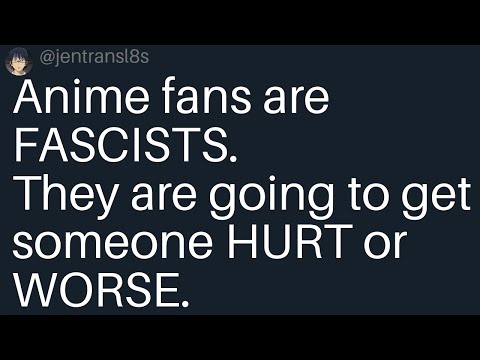 Fuck. I’ll take the label (as someone born in commie China, I know how much commies love to fasten hats on people), if it will get me what I want.

Same thing happened in Guilty Gear (and the related fandom wiki, of course) with Bridget, but in the opposite direction, compared to Dororo.