Or rather, addressing the argument that they will cause sex crimes.
I guess you could argue this type of argument as a “glass half full, glass half empty” debate.

In any case, I’m making this thread to serve as a place for research papers, articles, etc. to prove that the existence, proliferation, and availability of pornography DOES NOT CAUSE sex crimes.
Studies have shown that they REDUCE sex crimes.

I’ve already addressed this before in previous posts, but I feel I should clarify further.

FOLEY, Ala. (WKRG) — Legislation to make it illegal to own, sell, import, and transport sex dolls that look like children is having trouble getting through Congress.

It passed the House in 2018 but then sat dormant in the Senate. The CREEPER Act 2.0 was then reintroduced in Sept. 2020, but didn’t go to a vote and died in the last Congress. The same sponsor, Congressman Vern Buchanon (R-Florida) introduced it once again in January but has not made it out of committee yet.

We first visited this bill in 2019, when a child sex doll was found at a registered sex offender’s home who was flying under the radar near Foley.

We asked Congressman Jerry Carl about the legislation. He said, in a statement, “Any form of child abuse or sexual exploitation is a heinous crime. If given the opportunity, I would vote to support the Creeper Act, which is a significant step toward protecting innocent children.”

Child sex dolls have nothing to do with child exploitation, and criminalizing them as if they are CSEM will do nothing to prevent the sexual exploitation or abuse of children.

While I respect and understand arresting people for CP/CSAM offenses, as that material does indeed have a victim, to use these cases or instances where CP/CSAM offenders also happen to own a doll does not create a link with actual child sex abuse, nor do these unfortunate cases justify the criminalization of said dolls. With a doll, there is no underlying element to an offense. There is no child being abused. You cannot reasonably criminalize certain thoughts or ideas from being expressed without violating the First Amendment.

These surface-level associations are merely indicative of a sexual interest in children, as the desire for a masturbatory aid more befitting of their tastes, as is their affinity for child pornography.
Their possession of the dolls are in no way indicative of an added risk of cross-over, a direct rejection of the allegations that the dolls may function as a ‘stepping stone’ towards the commission of a hands-on CSA offense.

What?
How?
Why?
Let me explain.

The following was taken from a popular meta analysis conducted in 2015, but the findings and my explanation of them still hold up and are consistent with one another.

As shown in this graph, CPOs differ from SOC and Ms in quite a few ways. CPOs are observed to have a higher degree of sexual interest and sexual preoccupation (pornography consumption, fantasy engagement) than SOC, while having considerably more access to and familiarity with the internet and less access to children than SOC.

They also differ greatly from SOC in terms of antisocial traits (personality, callousness, psycho-social pathology), in that CPOs are observed to lack the majority of these psychological and personal characteristics which are regarded as primary risk factors, while also exhibiting lifestyle and psychological barriers which prevent them from acting on their desires or urges against actual children, such as lower antisociality and greater victim empathy.

CPOs differ from Ms in a many ways, but are only consequently similar in a few. CPOs make up the majority, while Ms make up the minority. Ms have greater access to potential victims than CPOs, but not much higher than SOC. Ms also score much higher than CPOs in terms of antisociality, while only slightly higher than SOC.
Ms also appear to exhibit a similar or higher degree of sexual interest than CPOs, but the fact that Ms are the minority and not enough studies were available in the meta analysis to shed further light on how sexual preoccupation and pornography consumption affects high-risk individuals, combined with the fact that that SOC in both studies typically avoided pornography consumption and preoccupation altogether, as shown by later study, along with another study that admits a lack between a selection effect and a socialization effect calls that statistical contingency into question while remaining consistent with the rest of this meta study.

Keep in mind, though, that actual data on child sex doll owners is extremely sparse and that clinicians and laypersons alike are reduced to extrapolating data on pornography consumption and how that relates to sexual offending in order to make a valid argument.
What is clear, however, is that dolls are so unlikely to pose a risk with regard to this because, as of writing this post, I’ve yet to see any contact offenders also get busted for dolls. I’m not doubting that it hasn’t happened, but so far I’ve not yet seen a story or publication of such a thing, and if it exists, it’s definitely the minority.

Online Child Pornography Offenders are Different: A Meta-analysis of the Characteristics of Online and Offline Sex Offenders Against Children | SpringerLink

Pornography and Sexual Aggression: Can Meta-Analysis Find a Link? - PubMed

The use of pornography and the relationship between pornography exposure and sexual offending in males: A systematic review - ScienceDirect

As seen here, my points are valid. A sexual interest in children, sexual preoccupation, fantasy engagement, and pornography consumption are NOT causal factors regarding CSA offenses. While it is true that CSA offenders may harbor illicit desires for children and act on them in a way that harms and exploits them, the idea that these desires are in any way causal, or even necessary, is proven by the fact that CPOs harbor desires but do not act on their desires against children. Mixed offenders, as shown here, are simply CSA offenders who happen to also consume CP. This heterogeneity is not very well-studied, and is believed that CSA offenders are more likely to transgress into CPOs before being CPOs and transgeressing towards CSA offending. as shown in Ly, et al.

Clearly, much more research is needed, but the fact of the matter is is that pornography consumption is NOT likely to cause, or exacerbate one’s predisposed risk.

I hope to see more research, and perhaps integrating these studies and literature pieces into Prostasia’s Zotero Library if they’re not already included.
@terminus @prostasia

Just gonna link this German song to every stubborn Anti (has subtitles): 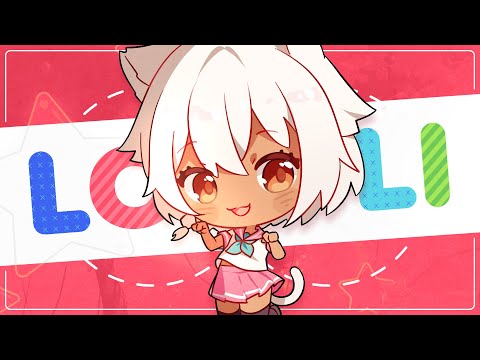