Imagine such a public discussion about this topic in the west with actual personal twitter accounts showing your face.

The fact that so many people are now afraid to talk about it, to give their true opinions on the matter, and have those opinions be attached to their real identity, further necessitates why it should remain legal, including in the United States and Japan.
If people are afraid to discuss it when it’s legal, imagine how regressive things might be if it were illegal. You can’t arbitrarily criminalize an abstract concept like this and expect it to blow over smoothly.

I’ve seen some people - mostly artist and lawyer types - openly discussing it on Twitter and defending it while catching loads of flak from angry people, calling them pedophiles, child rape apologists, etc. It’s insane. it’s like reading a parenting forum in the early 2000s when the topic of Doom and violent media came up, especially after Columbine.

Kudos to the Japanese for not bending over to these reactionaries. I support them and their decision to retain their freedom of expression 100%.

It’s strange as even a few years ago, I don’t remember anti-fiction crusaders being nearly as prevalent, or zealous for that matter.

Misguided as it is, the reactions of those parents are still somewhat understandable to me when looked at in context of the relative spike in school shooting’s in the late 1990/e early 2000’s. But their has been no such spike in terms of CSA, not within this decade and certainly not in the past few years.

This very recent explosion in outrage and hubbub seems completely independent from any actual facts of the matter - and comes off to me as being manufactured almost.

@Cringe When you take into account the centre-right LDP prime minister Kishida AND the centre-left CDP leader Edano(big anime idol fan) have battled against the people trying to regulate loli tells you how drastically different things are!

Edano fought hard against the loli ban a good 10ish years ago, Kishida when he was foreign minister and the United Nations was trying to pressure them to adopt regulation.

Regarding this drama, people are now contacting JCP headquarters all over and getting very worrying results(it seems a memo is being passed around as the responses are the same). They will be aiming to host discussions pertaining to “non-existent child pornography” & “legal regulations” and to explain that there are things that cannot be recognized as “expressions” with hate speech being one brief example.

In my point of view, what we can do about it, is to make a lot of noise. I was talking recently about that with other people. I don’t believe these people will “win” in the end. Because they defend a lie, which is that lolicon makes the world more dangerous to children. And lies always get caught in the end. BUT, it’s possible that things became worse before became better for lolicons. Anyway, we must be louder and tell the facts about lolicon to everyone we can, that’s the best thing we can do.

Also in my view what is happening today is the worldwide strengthening of a left-wing ideology. And people who defend that ideology are VERY noisy (the way we should be). And a strong pillar of this ideology is in the LGBT group. Also, this group has a huge tantrum against everything that orbits pedophilia, mainly because one of the main arguments against them in the past is that giving LGBT space would end up making pedophilia to be accepted in the future as well. And anyway, those people fear that kind of criticism so they’re always blindly attacking everything they think is related to pedophilia.

It almost seems like those within the LGBT who are so quick to knock down or reject the reality that is NOMAPs (non-offending MAPs) as valid, functional members of society is sort of like how the tobacco and alcohol industry lobbied to heavily against the legality of cannabis and marijuana.
It’s so they can have a group to throw under the bus as to say to society “Hey, these guys are the one’s you should really hate! Not us! We’re just like you, we think just like you!” and that bothers me greatly.

Just because you support the rights of NOMAPs to indulge in the pornography of their choosing, so long as that pornography does not involve or depict actual minors, doesn’t mean you support the idea that children should be sexual beings., and it still boggles my mind that people haven’t figured that out already. It all goes into applied ethics.

As for who should be “thrown under the bus” (if that’s even an appropriate metaphor), I’d argue if that has to be anybody, it’s actual child rapists and those who knowingly and deliberately exploit and abuse children. At least with regards to that, the focus can be justified by a desire to protect real children from abuse.
But the focus shouldn’t be about having someone to throw under the bus, it should be about the prevention of CSA so there doesn’t need to be a bus for someone to be thrown under to begin with.

Funny how I was just reading on a different topic how it’s one person’s view that it’s the left-wing who are actually responsible for all things paedophilic.

Think I’ll stay away from trying to associate specific political ideologies with feelings and desires that can affect human beings of all tribal or political persuasions.

It seems to be a reaction to the United Nations pressure more than anything and the opposition parties getting cozy with them. QANON is a thing in Japan, it’s just not really prevalent and mostly overlaps with Netto-uyoku(far-righters online) and they seem more focused on anti-vax rubbish than anything else.

Another update, but another member of the JCP just kicked the hornets nest with these comments during a news show and it looks to be trending AGAIN.

"Yoshiko Kira, a member of the House of Councillors: “If we can reach a consensus that this kind of expression is really bad and that it’s not profitable, I think creators will stop making it.” 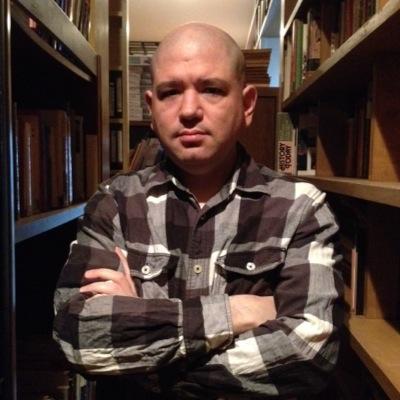 Im seeing so many major mangaka speak out against them and they just keep digging… It’s confusing a lot of people. JCP has quite a few pro freedom of expression politicians and they arent speaking up at all which is worrying. Are they just letting these crazies hog the microphone?

Communist Party of Japan candidate Yoshiko Kira (Tokyo Election Constituency) writes in her blog, “Let’s protect doujinshi and Comiket” from the TPP and the revision of the Child Pornography Law. ＞The Japan Communist Party, which has persisted in its opposition to the revision of the Tokyo metropolitan ordinance, will continue to fight together with Comiket participants. 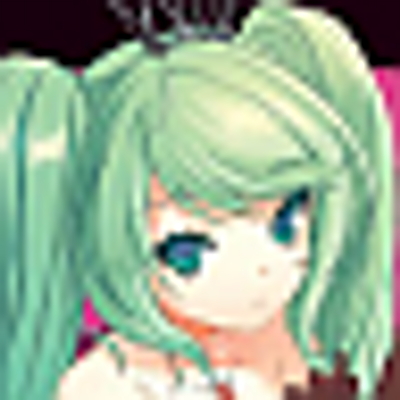 "Yoshiko Kira, a member of the House of Councillors: “If we can reach a consensus that this kind of expression is really bad and that it’s not profitable, I think creators will stop making it.”

I doubt it. Few things in a person’s life (if any) are more important than sex.

And about not being very profitable. Well, that comes from the fact that is immoral (but it shouldn’t be) Like, I tell everyone that I’m a lolicon, but even so, I’m not very comfortable showing others that I consume it, even because I don’t want to discuss this with them. So I always try to prevent that any eventual purchase of that kind of material appears in credit card bills or stuff like that. And, If I don’t like showing this to others, imagine those who really want to hide they are lolicons from other people. Anyway, that is one of the main reasons of why things like lolicon are consumed almost entirely in the form of piracy.

Well it’s good to know QANON isn’t prevelant in Japan. This American rubbish has too much influence as is in Australia and the UK.

The UN though can piss right off with their gross purity politics, they have Saudi Arabia on their human rights council for christ sake.

Edit- Saudi Arabia was voted off the UN human rights council on October 10th, 2020. Russia, China, and Pakistan were among the countries that filled the vacancies however.

Though I’m not sure the UK has much to “learn” from America when it comes to Puritanism, this subject has brought to mind the comment in the Nov’ 2012 issue of ‘Inside Times’ that struck me for how it exposed the hypocrisy of US policy on this at that time:

Only if you are inferring it should have been called “child sexual abuse material”, even in 2012. Possession of “CSAM” was not illegal at that time

I haven’t been paying attention for the last few days and stopped reading news, so I’ve missed this entirely.

Nice to see artists and other politicians aren’t tolerating this idea.

So another update…! The JCP lawmakers that stopped the LDP loli ban nearly a decade ago have purged all mention of this from their personal blogs…They took the time to go back 10 years and wipe any mention of it and now were getting several reports such as this just an hour ago…

@dankanemitsu
Japanese Communist Party tells caller that there are large number of manga sold at Comic Market that should be banned because they feature sexual exploitation of minors. note.com/takahashishogo… Note that this is in direct contradiction to official JCP policy platform.
1 Like
LegalLoliLover1 October 26, 2021, 5:02pm #37

@LegalLoliLover1 Callers asked the JCP HQ 4 questions, they responded with the following in the tweet. People then dug into the personal blogs of several JCP lawmakers that fought against the original loli ban a decade ago and found they recently deleted everything regarding them fighting against it. They want noone to know they defended loli stuff and now openly attack it.

Does anyone have any links to the sites/stuff they’ve changed? It’s time to go searching archive.org.