So it seems that AI solutions to customer service issues that are traditionally including triaging and even enforcement of user reports.

I recently came across a YouTube video which addressed the poor service desk experiences by content creators, but later went on to address a wider-affecting issue, wherein big platforms are adopting the services of a specific solutions company called Sprinklr Care. 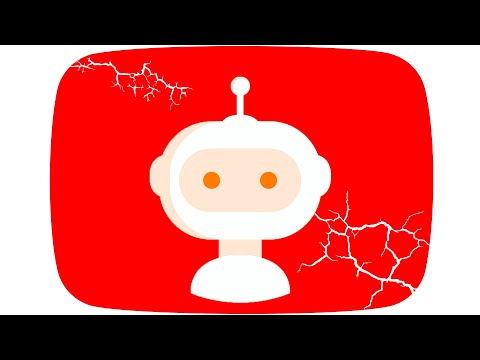 This…in all honesty, wasn’t really news to me. At some point, I had figured out that most companies had been contacting out AI/ML solutions to customer care or support, or developing their own in-house through user/cultural osmosis.
The fact that so many websites had, over time, began to implement a “Chat with our virtual specialist!” widget on their websites, which also happened to correlate with an increase in terrible support experiences (on my part as well). I began to suspect that even email-oriented approaches to support were being replaced by AI or automated systems, which would begin to ring true.

But then a bunch of issues began to occur with regard to platform moderation on a lot of social networking platforms, like Twitter, Pixiv, Mastodon, etc.
A large amount of botspam had began flooding these platforms with links to CSEM websites, offers to “trade”, solicit/distribute it, etc. by using adult-oriented tags/indexing features to boost exposure, in addition to including Session handles (which are very easy to auto-generate, as it turns out) so much so that it had appeared to overwhelm their ability to effectively counteract it.

I had initially assumed that it was simply overwhelming the ability of human reviewers, since automated moderation solutions tend to exhibit vulnerabilities that leave them open to manipulation and abuse.
But then I began to question whether it was the staff or the communities reporting it being overwhelmed? And posited that any human solution would have probably figured out a way to implement a way that exploits the patternistic aspect of these posts, as they do with general spam.

Then I began to realize that the only way this could be this bad is that:

I think that these AI/ML-guided solutions have allowed platforms to become complacent, and the money saved by not having to pay people to moderate, or onboard and train, plus oversee/supervise a contingency of volunteer moderators, has “fattened the beast”, so to speak, and we’re witnessing the effects of that in a very niche/sensitive area.

What does everyone think of this? I think this could be easily fixed by loosening reliance on these systems and staffing more committed human resources to triage and act on submitted reports.

I don’t really trust AI to do a human’s job, to be honest.

Though that might just be a case of Google being incredibly useless at their jobs.