Cuties and the Boiling Frog

It is obvious that “Cuties” fails the Dost test.

What remains to be seen is whether or not any legal action will be taken against Netflix. 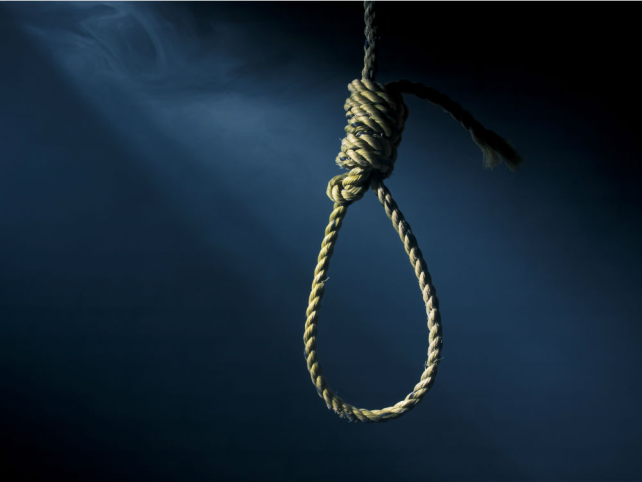 Cuties: Boiling the Cultural Frog - Men Of The West

Editor’s Note: Our good friend, Moira Greyland, an abuse survivor and author of the hard to read, but very important The Last Closet, agreed to share her thoughts on the evil show Cuties, which is available on Netflix. If this doesn’t make you cancel...

(post withdrawn by author, will be automatically deleted in 24 hours unless flagged)

legality is not morality either way.

You posted an article from a Nazi website that is full of anti-semetic garbage. Honestly, I couldn’t care less what an author from a website like that has to think about the movie Cuties.

Does the film actually show all of that? I highly doubt that’s the case, considering how high the bar has been set for things like this.
Naturist publications and teen modeling agencies have been shut down for far, far less and since Netflix can’t claim they’re not responsible for publishing things, they’d be the first to be held accountable for distributing Cuties stateside.

My perspective of Cuties is that it arguably violates the non aggression principle, and I doubt 12 and 14 year olds can consent to take part in something like this. However, this does not justify some of the protestors including two elected US Politicians who really ought to know better sharing the most sexualized screenshots out of context to hundreds of thousands-millions of people - while simultaneously claiming cuties is child pornography.

One thing I find quite strange about the Cuties discussion is you will have people (and the politicians I was talking about) sharing the most sensitive clips/screenshots, telling everyone and I’m paraphrasing “This is obviously illegal/this is obviously child pornography”. If you think about it, aren’t those protestors (and the two senators) breaking the law? assuming Cuties does indeed violate the law.

The legality of Cuties doesn’t appear that clear cut. Most legal experts suggest it’s unlikely to violate federal law. But it’s not a guarantee. Considering the Feds are generally focusing on child sexual exploitation that is hundreds to billions of times than heinous as Cuties, I doubt they will want to expend large sums of money to try a case that is very borderline like Cuties. They have enough - more than enough on their plate. With limited money, there does appear to be a general focus of Federal prosecution on the most heinous cases, with less serious ones diverted to the State level.

I believe there were some very brief parts of the movie where it did pan over the pubic regions. Those moments, while deliberate were relatively brief. I’m not entirely sure if it would satisfy this requirement.

From what I’ve read, Beds and bedrooms are associated with sexual activity. It’s been ruled that beaches would not be considered sexual. But they were doing those dances in places on the stage. So not sure about this. Could certain setups on the stage, such as lighting, etc be done in such a way as to be considered “sexually suggestive”?

The dances were UNQUESTIONABLY extremely sexualized, however so I think it would meet this requirement.

I think it should be fairly obvious it checks this requirement.

Partially nude maybe? I dunno. All their private parts were covered up, but they were not wearing much at all, really short pants, shoes and crop top.

Not entirely sure on this. Arguably certain dances fit this definition? Again if it goes to court, will be up to the jury to decide on this, not me.

However, I’m sure that she is well aware of the fact that the dances, the clothing, WERE sexualized and she directed them to perform and wear such clothing and dances. So she was deliberately sexualizing them, but not for the purpose of arousing the audience but for the purpose of critiquing prepubescent sexualization.

This is true given that the movie lasted well over an hour and those sexualized scenes were extremely brief in comparison to the overall length of the movie. And considering the motives of the director, I wouldn’t be so sure whether this meets 6. But I’d lean unlikely to. But if it does, I’d imagine there would be a reasonably high chance this technically violates U.S.C. 2252. If it doesn’t, than it’s unlikely to. Regardless of legality, I do not believe it is justify to sexualize children for any purpose, even if the goal is to critique sexualization. You do not burglarize a home to prove that burglarizing homes is wrong. And I will say the same to the protestors (and the two US politicians) who share screenshots out of context: Don’t share sexualized screenshots of children from the movie for the purpose of critiquing the movie on how it’s exploitative of said children.

The Dost test is not necessarily omnipotent. There are cases where courts forsook it, although I don’t have much information on these. I don’t think they’ll make a “special exception” for Cuties.

“is designed to elicit a sexual response in the viewer” is ridiculously vague. Couldn’t anything be construed to mean this?

What does “suggests sexual coyness or a willingness to engage in sexual activity” even mean in the context of a child? I presume this is talking about teenagers.

This isn’t much better than obscenity as a test. It makes me wonder whether it’s just worth shelving the dost test and requiring actual sexual activity as a criteria. The dost test is vague enough to let plenty of content slip through already. It’s a scourge on a free expression.

Dost test is not perfect. but do you really want sex offenders to get away with using children to pose lewdly and to be freely allowed to distribute, sell, market it with impunity? Is the Dost test perfect? No. But is it better than nothing? Hell to the Yes. Yes 100x

“is designed to elicit a sexual response in the viewer” is ridiculously vague. Couldn’t anything be construed to mean this?

It’s not vague, it basically means you produce or distributed with the intention of arousing the audience. I don’t know if I’m reading the law correctly or not, but It could also mean you downloaded and were viewing a particular image for your own sexual gratification if said image was sexualized enough. For example, earlier in my state someone was handed a prison term for downloading a large quantity of nude images of children he found on nudist websites and books. Images themselves are not illegal for the nudist websites since they were innocuous nudity according to the courts, but the prisoner was collecting them for his own sexual gratification, so they become illegal in the possession of him. I’m not a fan of people creating nude images of children.

In all seriousness… I don’t get why people post nude images of children even if they are innocuous. You can advertise your nudist “lifestyle” without sharing nude images of kids. it isn’t hard.

It’s not vague, it basically means you produce or distributed with the intention of arousing the audience.

Was Cuties arousing to you? It wasn’t to me, although I didn’t watch anything than just the trailer. But that is the point he was making. The question is: who is going to determine whose subjective reaction that will vary from person to person is the correct one while determining a material under this criterion.

How can you be sure that Cuties was arousing to the audience? You cannot really know that unless you make a global survey asking “Did the movie Cuties made you sexually aroused”? But good luck getting legitimate information this way, with such survey, 99% of people would answer no, making the Dost test completely unreliable method of determining whenever something should be prohibited or not. This is why no one makes such surveys when using this method, they know they would fail to achieve what they wanted this way.

I don’t know if I’m reading the law correctly or not, but It could also mean you downloaded and were viewing a particular image for your own sexual gratification if said image was sexualized enough

No, the law states the material “is designed (implied it’s designed by the creator) to elicit a sexual response in the viewer” not “has caused a sexual response in the accused person”. You cannot really know if something was arousing to someone or not unless they tell you. There are methods, for example, measuring penile reaction, but they are highly unreliable and have an extreme margin of error. Which is why the law tries to figure out the intention of the creator, instead of the interpretation of viewers of which there can be many.

In all seriousness… I don’t get why people post nude images of children even if they are innocuous. You can advertise your nudist “lifestyle” without sharing nude images of kids. it isn’t hard.

It’s a good observation, people tend to be irresponsible with such things online, not only on nudist sites but also on social media. I suspect people who are nudist simply don’t consider nudity in it of itself as something sexual in its basic form, so they don’t consider it as something concerning an in need of censoring. Although it doesn’t excuse their lack of self-awareness when it comes to making such photos public on the internet.

Dost test is not perfect. but do you really want sex offenders to get away with using children to pose lewdly and to be freely allowed to distribute, sell, market it with impunity? Is the Dost test perfect? No. But is it better than nothing?

But there are alternatives to dost test. The entire obscenity laws are never used when dealing with sex offenders whatsoever. They are used predominantly in situations dealing with victimless crimes, that couldn’t be prosecuted by laws that prohibit possession, distribution and production of actual CSEM materials. Also, just because some law isn’t perfect, isn’t an excuse not to replace it with a better law, that eliminates those imperfections.

For example, what if instead of Dost Test, we simply prohibit photography and video production using real children under a certain age for commercial purposes? Of course, such law would need many exceptions, not to impair normal people abilities to make family photos or regular movies, and I don’t think it’s a good solution worth implementing, but hypothetically speaking, it would be more effective at doing what you want the Dost test to do and would eliminate the potential of abuse this law introduces to censor art and speech.

Images themselves are not illegal for the nudist websites since they were innocuous nudity according to the courts, but the prisoner was collecting them for his own sexual gratification, so they become illegal in the possession of him.

I don’t think in any state of the US it’s legal for the judge to make such a decision, at least based on what you describing. But I would be grateful if you could provide a link to the story, some people in here might investigate it a little bit more in-depth, because it’s quite a curious situation.