Exclusive: What Happened When The FBI Took Over The Instagram And Kik Of A...

Hundreds or thousands of victims of exploitation could've been "re-victimized" as the feds let child pornography groups spread disturbing material for more than a year and a half.

The FBI has adopted a new tactic in the war on child pornography: taking over suspects’ online identities to infiltrate private groups sharing disturbing illegal content. A search warrant obtained by Forbes documents the unprecedented operation in which a now-convicted pedophile’s Instagram and Kik accounts were commandeered by the feds. It raises new questions about how federal agents tackle online investigations into child abuse but also how major social networks are being exploited by predators.

The cops’ gateway into this shadowy online world was 23-year-old Daxton Hansen from the Salt Lake City suburb of Roy, Utah. When investigators searched Hansen’s home and interviewed him, he was startlingly honest, admitting to viewing a cornucopia of child pornography under the username KitB10. Hansen, who was later sentenced to 48 months in prison after pleading guilty to possession of child pornography, created and was administrator for multiple private groups, all trading nude images and videos of “prepubescent boys engaged in various sexual acts.”

Then came a gambit from the feds: They presented Hansen, who was only a suspect at the time, with the mundane sounding FD-1086 form. If he signed it, Hansen would grant investigators control of his accounts on Instagram and Kik, a Canadian-made chat app that’s become hugely popular among under-18s and, subsequently, child predators. Hansen signed them over. From April 12, 2017, to at least November 13, 2018, an undercover FBI agent working at the agency’s Salt Lake City office assumed Hansen’s online identity on Kik, according to a warrant application, filed in November 2018, for the Dropbox account belonging to a member of one of the private groups. Rather than shutting down the various Kik chat rooms with names like “Boy Poorn Lovers” [sic] to “Gaypervyoung,” the agent watched over a mass of child abuse material distributed over Kik for a year and a half. (There was no mention of Hansen’s use of Instagram in the warrant).

As of today, the FBI’s Kik sting marks the first publicly documented case in which the U.S. government took over the social media of a child pornography suspect. In doing so, the agents let child abuse material spread for months after they had identified it. Thus far the government has little to show for it; no subsequent prosecutions based on the protracted sting have emerged. The warrant also doesn’t disclose whether the agent distributed illegal content or simply tracked others’ activities. And there’s no indication as to when the chat rooms were shut down, if they ever were. The FBI and the DOJ declined to comment. The commandeered KitB10 account is no longer available on Kik, though the company said it’s never been notified by law enforcement of any undercover operation. 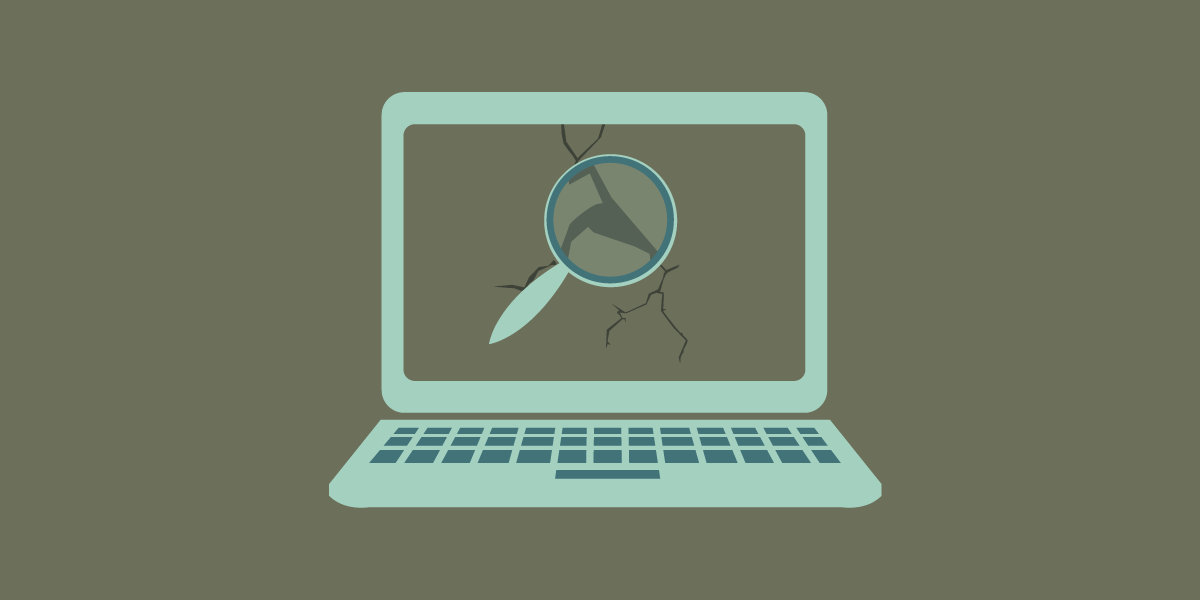 Playpen: The Story of the FBI’s Unprecedented and Illegal Hacking Operation

In December 2014, the FBI received a tip from a foreign law enforcement agency that a Tor Hidden Service site called “Playpen” was hosting child pornography. That tip would ultimately lead to the largest known hacking operation in U.S. law...

In the case of this one though, nothing actually happened as a result of it.

Nobody’s above the law. Predator hunters need to understand that using CSAM to lure in predators still counts as spreading CSAM. Even if you’re the Goddamn Feds, you. Are. Not. Above. The. Law.

But when they want to be, they just ask the police in countries where they are above the law to do it for them. Hence why some countries hand off CSAM investigations to Australia

Nobody’s above the law. Predator hunters need to understand that using CSAM to lure in predators still counts as spreading CSAM. Even if you’re the Goddamn Feds, you. Are. Not. Above. The. Law.

Not to mention the predator hunters that do it because they’re attracted to minors themselves and don’t want other people to be suspicious of them. Case in point: 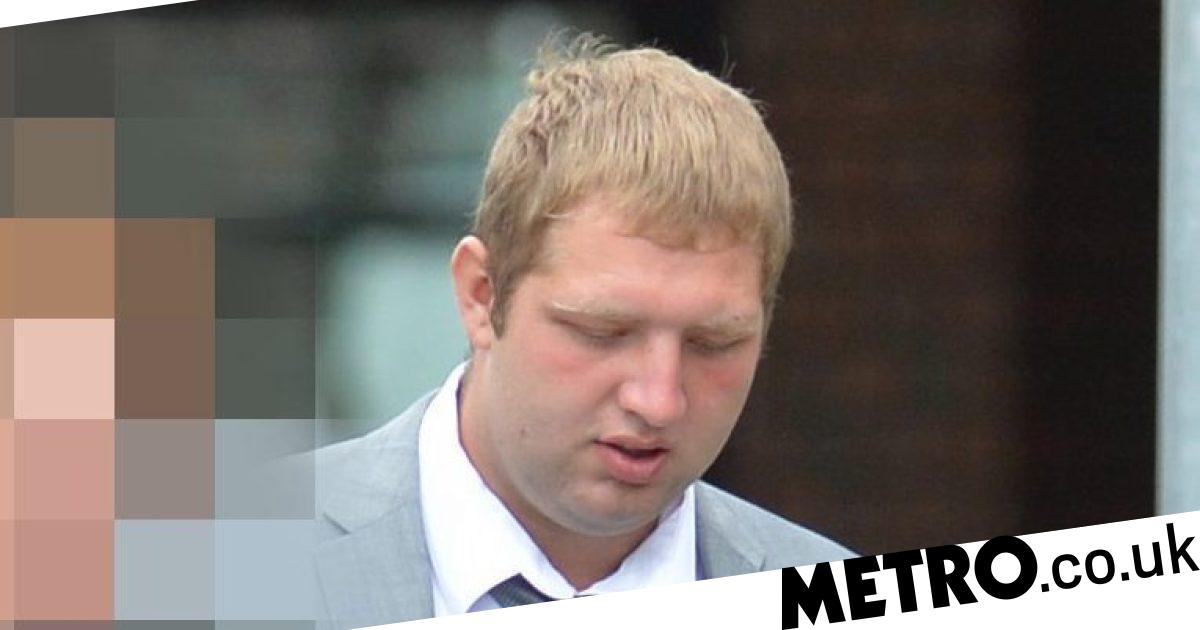 Man with 1,700 child abuse images says being paedo hunter attracted him to kids

Cameron Battisson, 21, said he became increasingly attracted to the images he saw while carrying out vigilante work.

“Anti-predator” groups provide a great cover for predators who want to avoid suspicion. Their intentions are often assumed to be good and if they do get caught with anything they can claim it was part of an investigation. It also gives them easy access to vulnerable children and abusive content.

It’s why there have been so many anti-MAPs and QAnon fanatics who turned out to be abusers.

I believe a small part of it for some of these cases could also self-loathing. MAPs going into the predator hunting business to “atone” for their attraction. Problem is, putting themselves in such a prime position for access to CSAM proves all too tempting for the weak willed. This likely also applies to a few cases of priests abusing children in their flock. They turn to God to rid themselves of the attraction; and to prove to themselves that they’re “cured”, they put themselves in direct contact with children. Which again, prime position for an abuse of authority. Let me stress, most cases like this are not born of a misguided attempt at “redemption”, but hey, I myself have had my bouts of self-loathing and hating on other MAPs when at my lowest, most suicidal points, so it’s probably never out of the question, y’know?

That’s actually surprisingly common. I know a number of MAPs who were antis at one point, although going full-on hunter tends to be rarer (though that could just be because fewer people are hunters generally).

Yeah, I’ve never been a hunter, but at my lowest points, I go into a self-loathing anti mindset. So it makes some sense.

I think it’s rational to be against the use of CSEM by law enforcement if the goal is to entrap or further its proliferation in any way. I think it’s far better to monitor the situation, take names, but not distribute.

I think once an officer crosses that line, it’s just racketeering, basically.

Yeah, the excuse they use there is that their cover will be blown if they don’t distribute. From the stories I read while writing my CSAM blog article for Prostasia, some of the people that run these big CSAM sites have a system where they write a “state of the site” post every month that includes new CSAM. Obviously, there are other ways around that, and more effective ways to approach the problem itself, but taking over sites and distributing content is easy for the police and somehow popular among the public.

I remember when I first heard about this, thinking what massive hypocrisy. If each time a CSAM image is viewed, it hurts the victim yet again, HOW can they continue these harms for so long? Or even at all?
Sanctimonious bastards.

It’s all right when law enforcement does isn’t going to be much comfort to the children involved.

Plus it only increases the amount those images are shared elsewhere. For everyone one person the police make it available to, hundreds more might see it because that one person reposted it on a different website.

They are not above the law… unless … there’s a some other law that states that they aren’t subject to that law. Or provides some ad-hoc statutory exemption.

The answer to the question of who or what gives the state the right to do thing x,y,z etc is always the same - Themselves.

Which is why it’s so important that the law applies equally to all citizens. Black or white, rich or poor, male or female, gay or straight, etc. Even if you’re the ruler of your country, the law must apply equally to all. Sadly, the law isn’t always as fair as it should be…

What I take issue with here is the deliberate facilitation of the distribution (and possibly production) of CSAM by law enforcement.

As implied in my previous post, I see no issue with these types of effective methods they may use to identify and arrest perpetrators, so long as those methods do not result in the proliferation of the spread of these illicit and exploitative materials.

the law must apply equally to all.

“Some are more equal than others.”