An interesting talk on Beyond Fear podcast. Scroll down to “Do Women Do These Things!?”


Definitely worth listening to.

Criminals of the female type tend to get very lightly with these sorts of crimes, if they’re pursued at all, it’s a bit of a double-standard. If someone does go after them, “my husband made me do it” is a common defense. The police also let them go a lot, and the media shows pictures of them sobbing.

If they were pushing the narrative that criminals are people too, but they still have to punish them to enforce justice, it may be one thing, but there is such an egregious double standard, especially if it’s a teacher doing something with a teenager.

Alysia Smedley, of Warsop, Nottinghamshire, kissed a young victim and touched her naked breast beneath her clothing as they camped out on a friend's floor.

A court heard she was already a registered sex offender after receiving a suspended sentence in October 2016 for sexual activity with a child.

Smedley pleaded guilty to 12 offences, including one count of sexual assault and four of sexual activity with a child at Nottingham Crown Court.

She also admitted one count of child abduction as well as breaching the terms of her court order on seven occasions by being in contact with five girls.

Smedley was jailed for three years and given a five year restraining order banning her from contacting three of the victims on Tuesday.

VANESSA George has ditched her bottle blonde hair for a dodgy black dye job to try to disguise her sickening past. Britain’s worst female paedophile, 49, was spotted with the new look on a shopping…

George, who is feared to have abused as many as 64 babies

George admitted taking up to eight photos a day of her abusing children at the nursery before trading them online with paedophiles.

In 2009, she was jailed for a minimum of seven years and served ten.

Two of her contacts Angela Allen, from Nottingham, and Colin Blanchard, from Rochdale, were also sent to jail.

They are both still inside awaiting parole hearings. 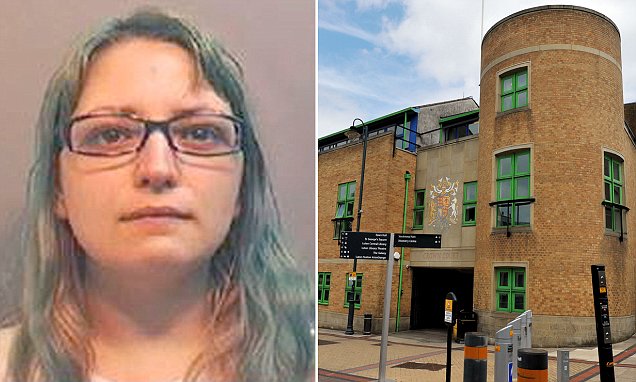 Hungarian-born Renata Manyoki, of Luton, was jailed for four years after indecently touching a child while her paedophile boyfriend and former Budapest police officer filmed her.

This was my cellmate’s GF. He decided to turn her in after I convinced him that his X was not safe with her because they both engaged in CSA. He didn’t want to hurt her, but after many LONG talks in a closed, very small cell, he proudly told me he’d turned her in to protect his X from further potential abuse. Of course, her defense is he manipulated her. My take from my many hours of note taking with my cellmate is that she was an eager // almost more eager // offender. She’s serving 4 years and he’s serving nearly 9.

““Being a victim of abuse is not a justification for perpetration of it”” just shut up dude no one ever said it was. Your like 5 year old swinging around plastic ninja weapons, THE enemy is fictional.