From the Newsletter: The Blue Lagoon

Originally published at: From the Newsletter: The Blue Lagoon - Prostasia Foundation

Editor’s Note: Prostasia is reprinting useful material from our newsletter for blog readers. To keep up to date on everything happening at Prostasia, you can sign up for the newsletter here. With a dismal 9% fresh rating on Rotten Tomatoes and a controversial reputation for its depiction of childhood sexuality, of course we had to…

Personally, I think all copies of both films as well as similarly abusive material should be destroyed.

You forgot Pretty Baby. Miss Shields, 12, left nothing the the imagination in that one.

There are too many to name but they all deserve the same fate.

Nudity, even child nudity, is not pornography nor obscene.

Twerking is not obscene nor pornographic.

I’m not a puritan, I’d be burned alive if I ever encountered those morons but I am a law-abiding citizen.

Sexually suggestive material made with the performances of real minors should not be tolerated. If they were purely fictitious characters in an animated environment, it would be fine but the use of real children in such projects is inherently abusive. This is law and Prostasia’s mission statement has made it clear that the organization will not challenge legal rulings.

The issue with those films is that they involved real minor actresses in specific roles, not adults playing fictional characters.

It should also be pointed out that in Blue Lagoon, all scenes that featured actual nudity were played by a legal-age body double.

I don’t think we should allow films to depict scenes with real child actresses in nude roles, especially if the film itself has adult themes and situations.
Leave that to adults and CGI or cartoons.

Cuties I can be convinced that the film isn’t inherently sexual.

Great, just what we need, a movie that romanticizes child sexual exploitation. I cannot think of a good reason why a child should be with a grown adult. It’s one thing for a child to be dating a similar aged child, but what business does an 18 year old have with a 14 year old child? None, none what so ever. And no, you don’t need “nudity” to violate underage pornography laws. So the “body double” argument is flawed. Scenes with the 18+ year old body double are legal, but ones where there are not could be unlawful. I have not watched this movie either so I have no idea how much is depicted. But regardless, Cuties obviously violates federal child pornography laws yet there was no nudity (and btw, do not go seeking it out or anything, it’s illegal to do so technically).

You’re not adding anything more to the conversation than what I already offered.

Yes, adult-child sexual relationships are not tolerable and I agree that using real minor actors and actresses shouldn’t be allowed for scenes or films depicting nudity, but your overall tone is far too combative.

So the “body double” argument is flawed.

Child pornography is defined as material depicting sexual conduct by actual minors.
A body double could work in these scenarios for that reason.

Truly regrettable that these are rare:

So long as they’re adults or fictional characters, it’s all good.
There’s a thriving community of legal-age JAV idols and actresses with heaps of content being made. They’re just youthful-looking adults. They’re not that rare. 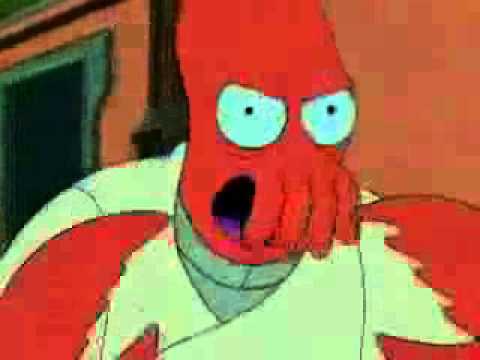 It’s not illegal just because you don’t like it, don’t approve of it or consider yourself expert in the law.

It’s illegal if a court declares it so. There are specific requirements to be determined illegal. Since all of these movies, with the exception of Cuties, have been around for decades, they would have been banned if there was enough reason to. DID NOT HAPPEN. Therefore, no matter what your opinion is, they are NOT child pornography.

Additionally, under the ex post facto clause in the Constitution, the CP laws 18 USC 1466A and 2252A, possibly don’t apply to works older than 2003. Any lawyers out there that can weigh in on this?

(and btw, do not go seeking it out or anything, it’s illegal to do so technically).

No trouble will come from a simple search of the term “child pornography,” only the possessing and viewing of images depicting children in sexual situations will.

Not a lawyer, but by using some common sense it would be odd if you can’t be charged for possessing child porn or obscenity created before 2003, even if the possession occurred before 2003. If you distribute or receive any depiction of a real child, whether it was made on the 80s or the 50s, you are in violation of the law. The privacy of the person involved, even if they are old by the time the crime is committed, is still an issue. So you can still be charged for distribution, production (if you copy the movie), and possession if these actions happen after 2003 (assuming the movies are indeed child pornography or obscene), even if the movies were created before 2003. If they meet the definitions you broke the law. Perhaps the original producers are innocent because THEIR actions occurred before 2003 (again, assuming the movies are cp or obscene), but that wouldn’t exempt subsequent people from being charged. Ex post facto prohibits punishment for acts that were innocent before a law was passed. It doesn’t exempt prosecution for actions after the law is in place, even if the materials are ancient.

Just my two cents. Again, not a lawyer, but it would be a big, BIG loophole if you could possess CP so long as it was made before the law was passed just because of the ex post facto clause. I am open to correction.

Also: noticed “Nativity” (starring Martin Freeman) is on Netflix. There’s a scene where these primary age kids are copying ‘Mr Poppy’ as he performs highly suggestive dance moves… Most likely be on BBC again next Christmas.

You’re absolutely right. In Pennsylvalia, a man was charged about 10 years ago over magazines, playing cards and other materials which were purportedly legally purchased in the 1970s:

The case was investigated by Special Agent Rebecca Quinn of the Federal Bureau of Investigation and is being prosecuted by Assistant United States Attorney Alicia M. Freind.

The text of the indictment can be found here:

Some of the relevant condemned materials were as follows:

On the other hand, private possession of material that is obscene (but not CP) is lawful in the USA, per Stanley v Georgia. That’s a loophole of a sort, although it’s odd to describe the Constitution as a loophole.