Has anyone here seen the ''Please face the wall meme''?

I’ve been seeing this meme a lot lately, it’s a video meme that depicts an anime-styled girl in a Schutzstaffel / SS Uniform with a gun, saying ‘‘Oh! It’s not something you can control? You didn’t choose to be attracted to children? Haha! That’s fine! Please face the wall!’’

Every time the meme pops up, it gets hundreds of upvotes, retweets, reblogs, etc and a whole bunch of comments from people coming up with new ways to torture and exterminate pedophiles. Something interesting I’ve noticed, however, is that no one ever comments on the fact that the girl in the meme is wearing an S.S Uniform.

Now, listen, hating pedophiles is completely understandable but I find it a little weird and downright disturbing that so many anti-pedophilia crusaders are shamelessly willing to adopt the imagery of Nazism, Templars, and other fascistic or genocidal regimes and paramilitary organizations in an effort to scare pedophiles.

Personally, I consider this to be a slippery slope into fascism as several studies have concluded that the military fashion of the Nazi’s actually has had a significant effect on bringing young people into nazism, since they think ‘‘well, their stuff looks cool so they must be cool too, right?’’

What are your thoughts on this matter?

I think it’s a meme and nothing more. Half the people who post that have never held a gun before in their life. Just more /pol/ garbage.

Seen this and hundreds of images like it thousands of times. Nothing new, and won’t be going anywhere anytime soon. It’s a matter of “everyone hates paedophiles so the nazi imagery is okay”, or “look at me and how fucking edgy I am”. When you see this kind of thing just report it and move on, not worth anyone’s attention.

Well, the trick is get off to that theme, too: 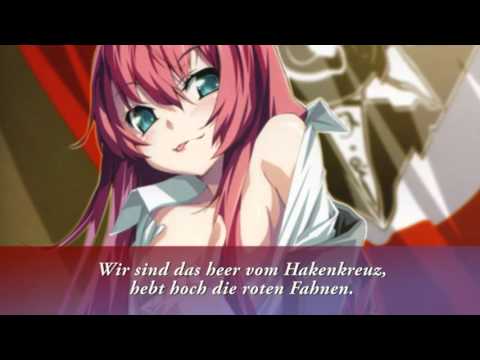 Rather than deciding whether or not to feel shame, be like the enlightened vampires in Vampire the Masquerade and adopt wholly alien values: Path of Enlightenment | White Wolf Wiki | Fandom so that an attempted insult may sometimes appear as a compliment. Getting punished by a Nazi chick?
jokes on you I'm into that shit - YouTube