How bad is the EARN IT Act going to be?

Prostasia posted this video earlier on YouTube about a follow-up law to FOSTA/SESTA which blows a hole in CDA 230, and I’d like to know what your guys’ thoughts are.
For instance, uh, I heard someone say that they might pass a rule saying that all adult content must have everybody’s age in the picture verified, which would effectively cause a NSFW content ban on the internet.

If it was just a rule of that all photographic adult content must have every real person’s age in the picture verified, it wouldn’t lead to such big controversy. Any tiny ambiguity can make a law overpowering, overpowering laws corrupt people, no exception considering humanity.

It’s not so much people being corrupted by overpowering laws as is pretentious people writing the laws through some phony plight pretending to be idealistic or intuitive, when the laws themselves are just rigid and detrimental, just like the individuals who insist on enforcing them. It’s insulting, and a blight to actual problem solving or analysis.

It is one of the most infantile bills ever created, so it should not surprise anyone that it will be awful.

It seems to be anti-LGBT without even intending it (it doesn’t explicitly say it is EARN IT causing it, but EARN IT is the only thing I can think of that would send Cloudflare running to rush out a filter): 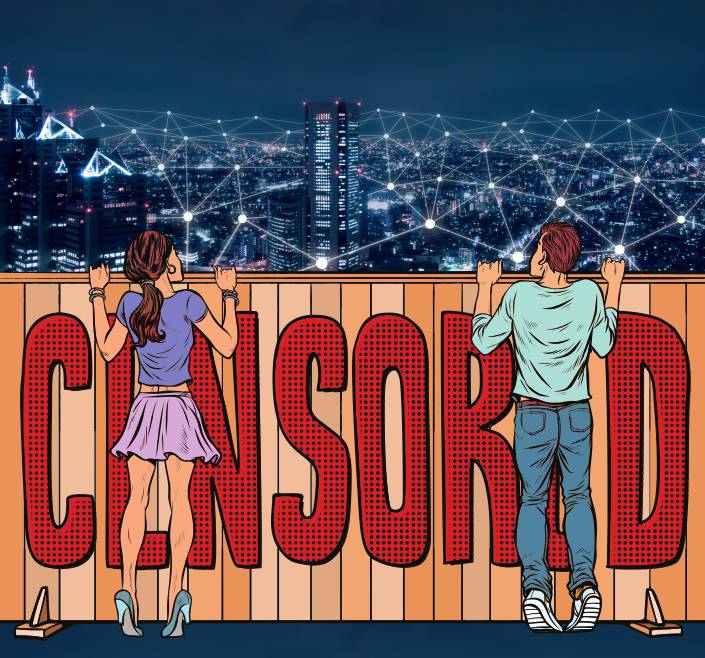 
https://twitter.com/SarahJamieLewis/status/1245374377757040640 Sarah (a security researcher) has a long thread on Twitter about what Cloudflare did.

Did Thorn come up with this ridiculous filter? Someone also commented on The Register that it blocks all the nudity, but leaves up videos of people being beheaded. The American version of “child friendly”.

EARN IT is infantile precisely because it seeks to “punish” Big Tech, but only because Big Tech is detecting so many items on their sites and they automatically assume that there must be “far more” on the internet going undetected. It should come of no surprise that the biggest social network in the world would have a fair bit more content then other places and that they would find more items with their anti-nudity filter.

EARN IT is great for big sites and terrible for small ones.

Big Tech has economies of scale that allow them to roll out filters and scale up resources at lower cost. They can also engage in busywork like filters that are easily circumvented to paint a positive public image, which small companies struggling to push out new features to remain competitive cannot, as-well as having a stronger position due to their scale when negotiating with lawmakers and advertisers to meet their precise needs.

Like most internet regulation bills, this is a “pretend to punish Facebook while entrenching their monopoly” bill.

Welcome back. It often seems that capitalism often, unfortunately takes precedence over compassion and control.

There’s a lot of resistance to it lately, some people are rolling their eyes at Feinstein as she seems to be basing her response entirely on a news article, rather than commissioning investigations or reports.

She has always been pushing encryption bans, so iti s not surprising she is on-board with it.

Literal keyword filter, not a substring keyword filter? They could be trying to filter lolita although that is a fashion style too.