I have seen some weird stuff from bigots

…but this takes the cake:

Promoting the “right” to commit infanticide, not caring that abortion is frequently used as a tool by predators to cover up their misdeeds, and that Planned Parenthood is frequently complicit in it?

Being a bunch of gender-bent Jack Thompsons and whining about media they don’t even consume and even inspiring various western countries to implement unnecessary censorship laws in response?

Whining about the supposed “misogyny” of gamergate, a movement intended to point out the corruption in games journalism and the unnecessary politicization of what was once one of the most inclusive subcultures on earth, regardless of how much people within play hardball?

Faking death threats sent to them in order to conjure up sympathy for them? Even though people across the entire political spectrum have gotten worse stuff in their inbox?

And here is the document wherein their subsequent interactions take place.

And then the subsequent apology. I have to give them credit for not completely bending the knee. Not everyone can afford to have a “I don’t give a fuck” mentality.

I find it especially appropriate that the reason why the algorithm banned any public talk of sexuality or politics, even relatively SFW stuff, is because they wanted to “reduce toxicity and hate.” I completely, unironically understand that, actually.

And sure, above the moderators did say they didn’t mean to draw any comparison between being trans and being a disgusting coomer with weird fetishes. Do you know who consistently makes such a connection? LGBTQ rights activists do.

They get angry when a normal person calls someone out for being a coomer in public, or tries to groom a child, calling it “homophobic” or “transphobic.” That’s proof that THE WOKE LEFT ITSELF sees being a disgusting, attention seeking pervert as being intrinsic to being gay.

Except the document he gives shows people doing just that and mentioning that they are straight, but not getting banned…yet the gay guy does?

LGBTQ activists have been known to do things like (at best) fish for negative attention so that they can get clout and destroy anyone who asks them to tone down the public vulgarity. And at worst, they outright groom children into the troon cult like the closeted pedophiles they are.

First of all, I’m not even sure what this thread has to do with this forum. Also, GG and Sarkeesian? First of all, I don’t think I’ve ever met anyone who “associated” with GG. Frankly, it’s often used by its “opponents” as a label for anyone who is anticensorship (which they believe will “save” the gaming industry). As for Sarkeesian, she herself admitted to “changing” the game industry environment, boasting about removing uncompromised artistic freedom: 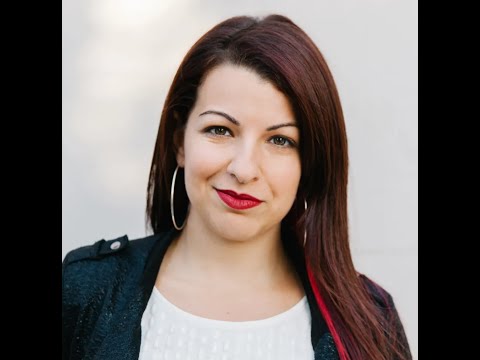 As for “absolution”, that is further admittance of my claim that the woke left are just like the religious right. Absolution? I don’t need it. Why? Because that which you claim is a “sin” is something that I am proud of, just like the actions of the great Demon King of the Sixth Heaven, Nobunaga Oda, and the Unscrupulous Hero of Chaos, Cao Cao.

You really want to live in a world where people walk on eggshells just to say that word, woman?

Meanwhile, I’ve been instructed before never to use the word “woman” in direct address because it might be offensive to Western audiences. https://t.co/4WaQ5ulfP7 https://t.co/m0uVQWM2S4
richardcsummerbell April 21, 2022, 3:34pm #4

Can this user be banned for overt anti-LGBT hate literature? If not, there’s something wrong with administration of this site.

Oh yeah, have I already mentioned he’s a closeted pedophile?

So me pointing out that something isn’t pedophilia/child sex is the same as promoting pedophilia in his eyes.

His only other defense is whataboutism. He pointed out the Quartering (who has a thread of his own), Libs of TikTok ([who had fake tweets made in order to discredit her, including the one Jake cites) and meanie conservatives and christians.

What evidence does he give that the tweets were fake? Libs of TikTok said so.

Here’s the thing, Jacob. I know plenty of good Christians, Conservatives, Republicans, etc. I also know (and have known) plenty of (at least somewhat) reasonable atheists, skeptics, liberals, gay people (their sexuality is still a disorder, though), etc.

Yes because that proves that conservatives and christisans don’t offend at far higher rates while saying they are against grooming: https://www.reddit.com/r/skeptic/comments/onw9rs/homophobic_failure/h5y3ubu/

I have not met a single nice trans person, or crossdresser. The only crossdresser I was acquainted with, who I thought was a halfway-ok person, turned out to be a sex pest who groomed a teenager and had cheese pizza on his hard drive. I’m still kicking myself for not seeing the warning signs earlier, since other people I knew were complaining about how obnoxious and spiteful he was.

The fact he gives no evidence for this is telling.

Note how he ignores that I immediately afterward point out what Alok Vaid Menon did was to earn my hatred was the fact that the thing said that little girls were “kinky,” and that its external ugliness was merely a reflection of how much of a disgusting piece of shit it is. Jake certainly agrees with it, but he’s not going to say that out loud, otherwise even the Redditors would give him a taste of the same medicine dished out to him when he registered on Kiwifarms.

Off corse all he does is use a cherry-picked version to lie about what Alok really said to smear the drag queen as a pedo.

Oh yeah, and here he takes the cake. He fucking proves me right by pointing out that a large majority of queers were abused as children.

Pointing out the rate at which LGBTQ people were victimized as children only gives more ammo for us, by giving us a convenient explanation for why they’re so fucked in the head in the first place. Sexual abuse victims aren’t known for having a healthy outlook on sexuality. Even worse, when people get sexually abused as children, that also increases the likelihood that they THEMSELVES will also abuse other children later on in adulthood or adolescence.

I realize that they’re trying to get sympathy by pointing this out, or even by pointing out that they themselves were abused as children, but it doesn’t fucking work. Not when they start abusing other children.

In other words, they should have kept their mouths shut.

Here were my exact words:

Well all the pedophiles I mentioned don’t fit into your steryotpes. Seems like your advice is bs at finding pedophiles. In fact they seem to prey on gender noncomforming people

Why do you defend bullshit like drag kids, kids trooning out, kids being around naked adults, etc? Why do you defend random people for the sole reason that they are gay/trans, no matter how much of a sex pest those specific individuals are? Why do you assume that all LGBTQ people are perfect angels who need defending?

And by doing so, why are you stupid enough to give credibility to the idea that being a disgusting sex-pest is intrinsic to being gay/trans? By always coming to their defense no matter how disgusting their behavior is?

Well the fact you falsly label alot of them as sex-offenders or pedos is infuriating. Not to mention you seem to ignore the more likely offenders in your mist…

Wait, why did you link to several other threads, as opposed to just quoting them?