Law enforcment does nothing when they could stop CSAM distribution

A bit of an older news, but the thread about Boystown reminded me of something that imo deserves more attention internationally.

About a month ago, a report was published by a team of German journalists researching CSAM forums in the darknet. They found that most of the material that was shared in Boystown was still accessable months after they were busted - and what’s much more shocking, that law enforcement basically did nothing even though they could have stopped that at any time.

The story goes something like this: most CSAM apparently is not hosted directly on darknet services, but uploaded to clearnet file providers, protected by a password so that the hoster cannot directly access it. Only the download link and the passphrase is shared in the CSAM forums. The links and passwords are freely accessible for anyone visiting the forums.

The journalists used this to automatically scan the forums and collect all links going to clearnet file hosters, and reporting those links to said providers. And actually most hosters were very cooperative, and within a couple of days supposedly tens of thousands of links to terabyte of CSAM was taken offline, severely impacting the distribution of CSAM on the darknet at a huge scale.

They did this with minimal effort and only a couple of people. Law enforcement agencies (not just in Germany, but any agency in the world) could have easily done that at any time. Even if other ways were found to distribute that content, it would still severely harass the criminal scene and make the distribution of CSAM much harder, and accessing much more difficult.

One of the most cited reasons for why even the consumption of CSAM is wrong is that the victims suffer from knowing that the documentation of their abuse is still out there circulating. Law enforcement could have stopped that at any time. Yet they did not.

This is akin to the police knowing about a drug distribution center, and just allowing it to continue operating.

Considering that the exploding number of CSAM is often used to argue for limiting personal freedom and privacy while building up the surveillance state it makes me even wonder if they do this on purpose, making sure that there will always by a steady supply of criminals that supposedly cannot be fought without invading the privacy of millions of innocent people.

Here is the report, for those who know German: 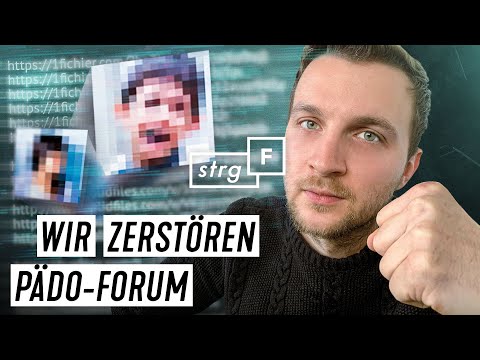 Unfortunately the journalists are very stigmatizing against pedophilia, which kind of spoils their otherwise good work for me… but still, I think it’s an important thing to inform people about.