Ok, in this specific occasion I admite this guy could be my fault ^^", because I did leave a link from here in a YouTube channel filled with angry stupid people complaining about that sims mod. So, sorry if I damage anything with that ^^" But that’s also something I wish to know, do you guys care/want me to share a link to here when discussing about virtual CP? I know it may be not the case since I’m aware here is not a “lolicon or pedophile safe space” is an organization to protect children. So, you guys are in your right if you don’t want to deal with this kind of problem. But, anyway, I’ll like to hear how you wish to deal with those stuff. I don’t want to harm this place. So, if you think I should stop to share links in those kinda of situations I’ll do it.

you don’t know what you are talking about.

Hello and welcome to the forum.

The Prostasia Foundation is a CSA prevention and survivor-support charity with an emphasis on science-based approaches that respect civil liberties.
To my knowledge, all there was regarding your controversy was a post by @terminus talking about your petition to get EA to step in and censor community-made content.
We discussed it, pointed out flaws in the reasons for why people signed it, it went nowhere (aside from a tweet from EA).

There was no harassment by the Foundation or any of its forum members. If you believe that people from our forum are harassing you, please tell us who you think they are and we will handle it. Harassment is not okay under any circumstances, but criticism is different.

there are children who play these games
do we want them expose to this?

Of course not, but I’d say as much with any type of pornographic or adult content. It’s simply not appropriate for those under 18.
The communities who create and consume this type of content are comprised of adults, by adults, for adults.

As far as “fictional CP” concerns go, we see your community’s lame attempt to grandstand on it as an act of pointless and harmful censorship to deny those who create and consume legal, fictional, and harmless media from those inclined to consume it.
Understand that your community is not the only community that creates community content for video games like The Sims and that different people may have different tastes.
This is not a matter of harm, it is one of opinion.

While these materials may appeal to those with pedophilic fantasies, those pedophilic fantasies alone are not associated with child sex abuse in a meaningful way.
Pedophilia is an unfortunate reality that many people suffer with. They deal with a lot of shame and pressure from their peers and cannot live their lives without feeling as though they do not belong in it, and these outlets give them a chance to express and indulge in safe, legal, harmless material without the involvement of actual child victims.

Please reconsider your stance on these issues.

Unable or afraid to access resources like therapy and support groups, some pedophiles insist that virtual sex with child avatars helps them mitigate their desires. Professionals think it's more complicated than that.

But that’s also something I wish to know, do you guys care/want me to share a link to here when discussing about virtual CP?

Personally, I’d prefer if you didn’t post links to the forum like this when in argumentative or combative scenarios. We’re not an army, we’re a forum for a charity.

I’ll mark this user post as spam and hopefully this will be the end of it. I’m not in the mood for arguing with people today, my head hurts and I’ve been feeling chest pains all day.

I’ll mark this user post as spam and hopefully this will be the end of it. I’m not in the mood for arguing with people today, my head hurts and I’ve been feeling chest pains all day.

Like a proud vampire, I would spit out any “cure”.

It’s not illegal. So, if you understand that it doesn’t increase sex crimes, we are good, let’s just ignore the existence of each other. That would be for the best.

I doubt you’ve looked much into Prostasia before coming here, if at all, so perhaps I should clarify something for you. Prostasia’s approach is sex positive and defends the human rights of all. Sometimes that means taking the less popular approach when that is what the science says.

I might be more willing to listen to your opinion if it was something more substantial than “I don’t like it”.

ur organization is not going to get much funding then. almost all americans want fake cp banned. have fun collecting donor dollars cus i aint giving u all any.

And almost all stupid peasants wanted “witches” burned back in the day. Both their opinions then and your opinions now are equally invalid.

That’s fine, there are plenty of people who do believe that a human rights and science based approach to child protection is right and that number increases all the time. Doing the right thing is more important than getting extra funding.

I will donate to REAL orgs like NCMEC and Stopitnow. Why is prostasia better than those?

Do your own research and make your own choices, I believe in an approach that is based on science rather than wild assumptions, stigmatisation and appeals to popularity. You clearly disagree with Prostasia and never had any intention of listening, but there are plenty of other worthy charities out there, just do your research.

They have valid CSA prevention value and they ARE legal in the United States.
See Ashcroft v. Free Speech Coalition and US v. Williams.

I don’t believe the “job” of prostasia is to get as much money as possible to donate to children’s projects. Like, if you don’t donate money to prostasia and do it for another children protection group. Then that is great dude. Why anyone would think that is a bad thing? And well, I confess that I don’t speak in the name of prostasia (or anyone but myself) but, for what I understood of people here. My understanding is that prostasia is trying to show people that attacking pornography makes the world more DANGEROUS to children, not the opposite as most people think. So, protecting dolls, lolicon, or normal porn, is kinda THE objective here, because we know that by doing this, we are actually making the world safer for children.
In other words, the “objective” here is to make people understand this. That is the way prostasia protects children, it does it by demystifying ignorance that actually harms children. Or, if I’m wrong, then I ask for an official member here to correct me.

Report/flag the posts for spam and move on.

There’s no convincing cultist QAnon followers who think they know anything about anything, but only wish to see their prejudices and emotions reaffirmed and reinforced against those they disagree with, and can’t handle the free speech principle in action, or the fact that certain things bother him. It’s people like this that I fear are the real child predators, considering how strongly they oppose victimless fiction. It’s not uncommon for people like him to get caught with actual CP or accused of sexual molestation, which are actual problems among QAnon circles, since so many of them are often caught attempting to acquire or distribute CP/CSAM.
There is no actual person, let alone a child, that is harmed, exploited, or depicted, with respect to fictional or fantasy material. These are not matters of fact or harm, but rather matters of taste being disguised as such and your people know this. These “child avatars” memes are another weak attempt at pearl clutching to try and blur the distinction between reality and fantasy with falsehoods and mistruths by skirting around the fact that such materials are made using legal, fictional references, rather than the faces of real children. There are some cases where real minors are referenced to create 3D models, but those instances are few and far between, often times made very clear by the usage and implementation. It’s not difficult for a hobbyist artist to construct a fictional face without reference.

Forum vandalism such as this will NOT be tolerated. If you wish to have a proper debate about the issues which concern you, then you’re welcome to do that. But hurling insults and declaring that artists and noncriminal consumers of legal, victimless artwork, literature, and other adult content deserve to be imprisoned because their tastes are responsible for hurting your feelings is not what we consider a debate.

there are children who play these games
do we want them expose to this?

What do you mean by “do we want them expose to this”? Who are we? If someone wants to see something, “we” can’t stop him/her.

If you think pedophilia is a disease/disorder, please, feel free to show me:

I will donate to REAL orgs like NCMEC and Stopitnow. Why is prostasia better than those?

NCMEC is against end-to-end encryption. This is what they say on their official website.

Donating money to organization that is against your privacy, is not a good idea.

The reason why PROSTASIA is better than the organization you mentioned, is the fact that PROSTASIA doesn’t use fear-mongering strategies, misleading information, fake news, and sensationalist titles for their articles with the intention to get donations. In fact, PROSTASIA wants evidence-based laws, and this is what makes PROSTASIA different from other organizations that use sensationalist titles, fake news, misleading information, and fear-mongering strategies to scare people, so people can donate money, while the governments are influenced (by people, by people’s fears) to release grants for these organizations.

Organizations like NCMEC, are responsible for the today’s non-adequate “child protection laws”.

NCMEC has just told parents to stop using the phrase "stranger danger" with their kids--a phrase NCMEC itself has used to terrify parents for decades. 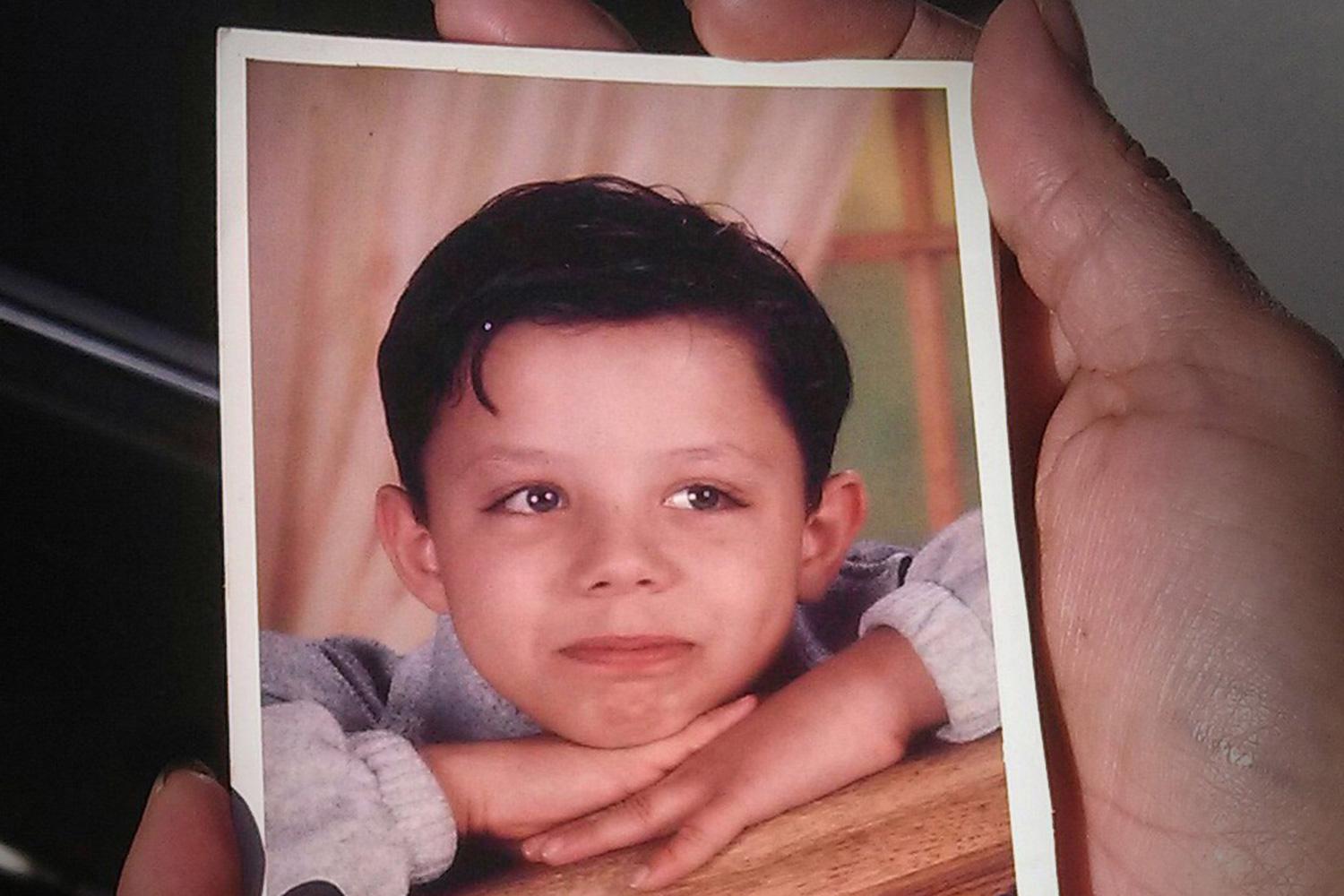 Raised on the Registry

US: Sex Offender Laws May Do More Harm Than Good

Laws aimed at people convicted of sex offenses may not protect children from sex crimes but do lead to harassment, ostracism and even violence against former offenders, Human Rights Watch said in a

Jacob C. was 11 years old and living in Michigan when he was convicted of criminal sexual conduct for touching his younger sister’s genitals. After serving a three-year sentence, he was placed on the state’s sex offender registry and forced to live... 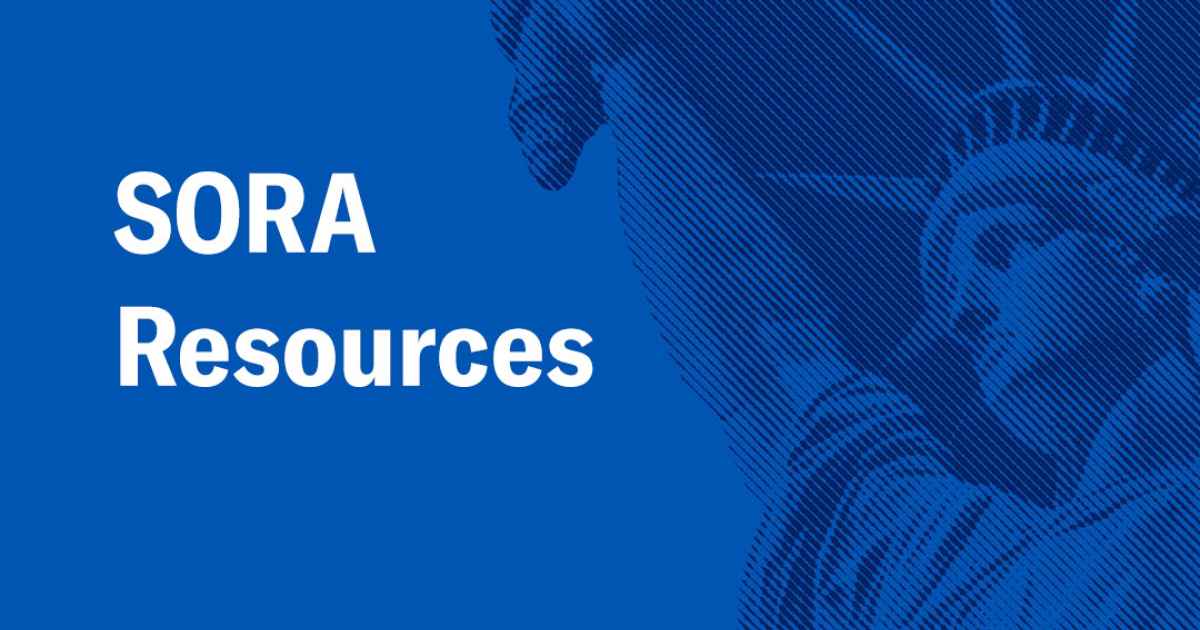 The ACLU of Michigan is committed to fighting for the rights of the Michigan Sex Offender Registration Act (SORA) registrants and their families, and victims, in order to make Michigan communities