On youtube I came across a video by Tyson James a rapper who self identifies as “ultra maga” This music video is titled “pedofiles” and in it he hops around with a pistol and an elon musk flamethrower rapping about his genocidal fantasies.

The rap also starts with a sample of allyn walker, and becuase he raps about shooting pedophiles and lgbtq people this could be considered a death threat. Even though I think there’s really no chance he goes through with it.

Some of the lyrics include.

“Ain’t the LGBTQ a bunch a pedophiles!”

“Throw ‘em in the fire wit’ the flames
Line 'em up, and let us take aim”

“It’s a crime, now
And it’s time out
For these men
Dressin’ in drag
Pull a nine out
Time to sign out
You goin’ bye, now”

“Maybe we should stone you, get you in the city square
Call it street justice, think before you touch another hair”

Byrson gray then drops in to advocate more murder.

“Pedophiles, running wild, I think they need to be stoned”

“They grooming ya’ children in schools, when they leavin’ the home”

“I would say the F word, but they might suspend me
FAG-FAG-FAG, wait, that’s a Brittish cigarette”

“It’s a slippery slope, let them get married, then bake their cake
Now it’s let them date little kids, if that’s who they wanna date”

“Dancin’ naked in front a children
Skrrrt!
Hit the brakes!
Just wait, the unrepentant will all burn inside the lake”

Apparently drag queens are now pedophiles and we have to shoot them.

Its been up for about five days and it would be nice to see this video taken down so I reported it for both hate speech and promoting terrorism. I hope his channel isn’t taken down though I support his free speech rights to make cringey videos.

@terminus would know for sure, but if the audio is from Prostasia’s interview there could be a copyright-related way to get the video taken down

I don’t think that it breaks copyright rules. It’s definitely transformative but I think if a youtube representative gets a good look at it, it will go down.

Not quite, but if the song is threatening specific individuals, then that is actionable. There’s that whole thing of the line between “this person should die” vs. “I’m going to kill this person”. The former technically is not a threat (for example, natural causes). The latter is.

I didn’t mean death threat in a legal context just in a social media rules context.

Eh. This isn’t that big of a deal for me. This is some person expressing their opinions and feelings in artistic fashion. I support the notion and allowment of creative, self-meaningful, or artistic self-expression, no matter how biased, extreme, or repulsive it is. I know that have options: I am not required to like the content and I have the option to simply ignore it. Exactly as I have, with only a skim through the lyrics.

My problem is just with people actually going through with things where thoughts become physical actions that inflict damage on people. That is a transition in which they have become no better than a Pedophile turned Child Abuser. They become the exact same as what they are against, which I find amusing. It’s a completely different story at that point.

The gray area has always been - how far does allowing artistic freedoms need to be allowed just before and right until things become too destructive?

I’d gladly give the benefit of the doubt and say this guy is just overly emotional and won’t actually do anything, because that would just be too stupid, to jeopardize your entire life for absolutely no good cause. I’m on the side of believing this person is much more intelligent than the most extreme epitome if idiocy.

I think you give humanity too much credit. Humans’ve happily slaughtered each other over less. Not everyone follows the same code of ethics or has the same logic pattern. MAGA quite literally believe the Democratic Party is a Satanic, child molesting cannibal cult. There’s no sense of reality to be had with conspiracy theorists, they still believe the Earth is flat for Christ’s sake! Maybe this guy wouldn’t go out and murder anybody himself, but I betcha he’ll be the first one celebrating if somebody else watched his vid and then started harassing/assaulting total strangers over the mere suspicion of being LGBT/MAP. I admire your optimism, but you can’t reason with crazy…

That’s no more true than the left thinking all MAGAs are racist, homophobic idiots.

And if you do think that, then you should stop treating everyone in a group as if they all have the worst beliefs as some small minority of the group.

Unfortunately, people who are invested in one side or the other love to poison the well (or more appropriate, the Chinese equivalent, which is fastening the hat), as to make themselves the heroic paragons of the narrative and their enemies, the spooky demons. Why do you think I openly call myself the Demon King? It’s to mock both sides. Yes. Both. Sides.

Not all Republicans believe in QAnon or is an otherwise complete bigot, that’s true. Look at Mitt Romney: his family is Republican and they’ve been championing civil rights for decades. But MAGA? They’re the crazy minority that makes the entire party look bad.

I’m not blind to the faults of both sides, but lots of people seem to think “both sides” is some kind of “gotcha”. Here are some examples of “both sides”:

The Union vs. the Confederacy
The Allies vs. the Axis
The United Nations vs. al-Qaeda

One side wants to keep their country from falling apart, the other wants to literally enslave people.

One side wants to not be invaded by hostile empires, the other wants to literally commit genocide.

One side wants to promote cooperation amongst nations, the other wants to blow everything up that they don’t like.

Obviously, there’s a lot more nuance to all this, but anyone claiming, for example, the Jews and the Nazis are double-vision because “both sides” is insane. Here’s the thing. Unlike the right, the left’s “spooky demon” narrative needs their enemies to be racially homogenous, which results in hilariously stupid accusations, like calling several obviously nonwhite individuals “white supremacists” or at least of having “white privilege”. Larry Elder and David Webb, respectively.

Also, LOL, guillotine. There’s a magazine currently in print called Jacobin. Imagine the uproar of a magazine currently in print called Nazi. Also, one of my former supervisors did say that everyone likes talking about Nazi war crimes. Few people seem to mind Jacobins’ actually named Reign of Terror. I am also aware of the poem “First They Came For”. I am also aware that for the English version of that poem, “communist” was changed to “socialist”. Originally, it was communist. Communist. They, too, seem to “come for” a lot of people, as well.

I also don’t appreciate your appeal to extremes. “Send them back”, LOL. Want my opinion on the matter? To put things in the nicest possible terms, I am annoyed and frustrating that those coming here illegally from south of the border appear to get priority over my aunt who was and is trying to get here legally through the legitimate channels. Maybe she should just fly to Mexico first? Among the short list of duties that the federal government should have control over, I’d like to remind you that border control is one of them, so if it’s to make room for people, like my aunt. Yes, we should send the illegals back. Not a racial or ethnic distinction, but purely in terms of the legitimacy of their immigration status.

In terms of “oppression”, nowadays, playing the “oppressed” card is nothing more than appeal to pity. Like I said, if I get accosted by a burglar, whom I must kill in self-defense, and I find out afterwards… Or during… Or even before, that he is the last member of a nearly extinct tribe, I would shed no tears, due to that fact. Just because someone is pitiable, it doesn’t mean that they are right. Also, yes, one should defend people’s right to say anything. If the speech is ludicrous, then it must still be spoken, so that it may be laughed at. Popular speech doesn’t need protection. The whole point of the first amendment is to protect unpopular speech. As for war, I certainly wouldn’t mind war with the PRC.

Karl Popper? Paradox of tolerance - Wikipedia I prefer Thomas Jefferson: “let them stand undisturbed as monuments of the safety with which error of opinion may be tolerated where reason is left free to combat it.”

And yes, I fully appreciate the fact that Jefferson also said that one who reads nothing at all is still better educated than one who reads only newspapers. Given the sensationalist “journalism” today, I would agree. For example, Jayland Walker was not “unarmed”. He just left his gun in his car when he continued to flee on foot. When he was in his car, he was most definitely using his gun. The police should not be responsible to know whether a gunman made his weapon disappear after discharging it.

Point is that you seem to be under the impression that I have not considered any and all of your points. You are completely wrong in that assumption… Oh, and I also appreciate the fact that Jefferson is an actual statesman, while Popper is just a philosopher. It’s like in this scene: 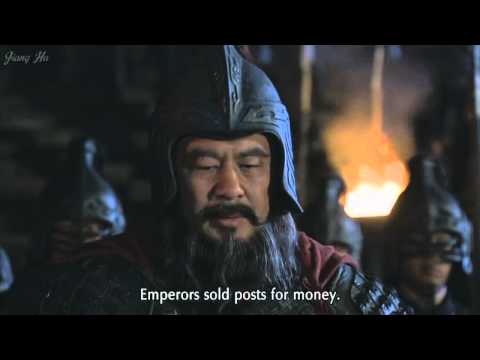 If the words of the sages meant anything, the sages would be leading the world by now. Yes, wall of text, but worth every word. I’d also like to think that no one here, except maybe Todd_Nickerson, is short-sighted enough to be unaware of how bad it would be for our or at least my interests if “evil words” or “dangerous ideas or at least thoughts” were banned. That sword that you seem so keen on sharpening will most definitely be used against us, so let that sword remain dull for everyone.

Don’t make the mistake of those politicians who assume that their “justice” is absolute and do stupid stuff, like adjust filibuster and simple majority/supermajority rules only for the other side to use it against them in another case. No one ever rolls over for “righteousness”.

Timestamp selected 0:29 Additional details This is an anti LGBT hate song disguised as anti-pedophile, including lyrics “Ain’t the LGBTQ a bunch a pedophiles!”… “Throw ‘em in the fire wit’ the flames Line 'em up, and let us take aim” “When groomin’ kids is something you embrace? I got a gun and it goes sump’n like the bass (Boom! Boom! Boom! Boom!)” etc. and much more hate content based on the QAnon pose that gay and trans people are pedophiles recruiting children or worse. Thanks for your report. We will remove this content if it violates our Community Guidelines.

UPDATE: We did it!

Honestly I thought I would never go down, it took more than two weeks which is absurd.

Also down on iTunes and Spotify.

Do you know when it went down from i tune and spotify. 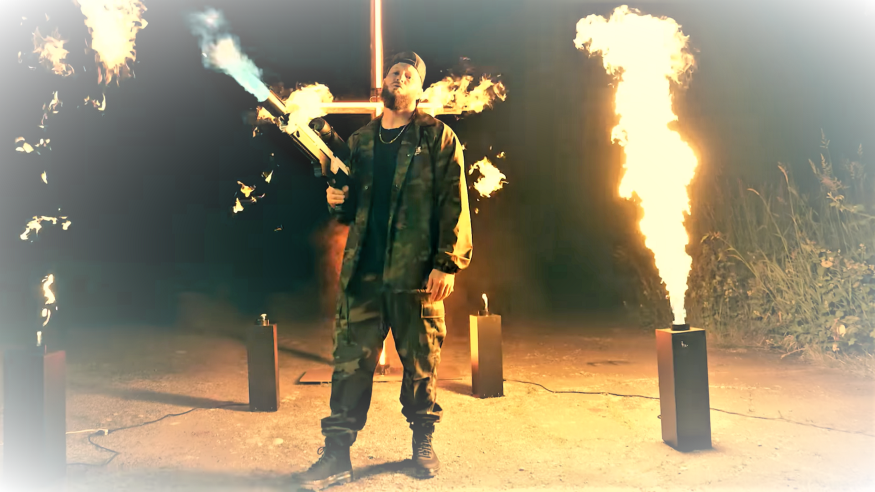 "Ah, man, y’all are pedophiles! For a little bit a money, you will sell a child! Ain’t the LGBTQ a bunch a pedophiles!"