I already said I have never been diagnosed with the disorder. I am not tying this to legislation, I believe consent is necessary. If consent is not present it is an offense.

The last discussion on this “disorder” led to people calling for all exclusive, in other words, me to have really terrible and torturous drugs forced onto us. I won’t revive it. It was locked for a reason. This proposal here is ironically more humane. It is a taboo phrase for a number of reasons and may even be triggering for some. It looks to have been Sheila who sparked it.

Where do we begin? You need to know it.

Also, with what I have heard from my friends in the UK the british mental health system is an actual dumpster fire. I know someone who had to jump through multiple years of hoops in order to get his ADHD diagnosis, because it is apparently near impossible to get a diagnosis for it in the UK.

Yeah, “tell me about it”. This maybe tongue-in-cheek, but it belies many truths:

[Editor’s note:  Please be aware that this is satire so should not be read by anyone without a sense of humour. And probably not doctors of the old-fashioned sort. Despite this being humorous…

Yeah… if that were true, then every single child on this planet would have been raped by at least two different people.

Seriously, was that a study or a really kinky fanfic?

You know, in many ways you’re right. The overall idea that you describe already exists, and is called ‘Project Dunkelfeld’; a provision that exists in Germany to support and treat people who, as they put it, “love kids more than they would like to”. Which, when it comes to paedophilia, is probably the most accurate way of defining it that I have come across from any major organisation. 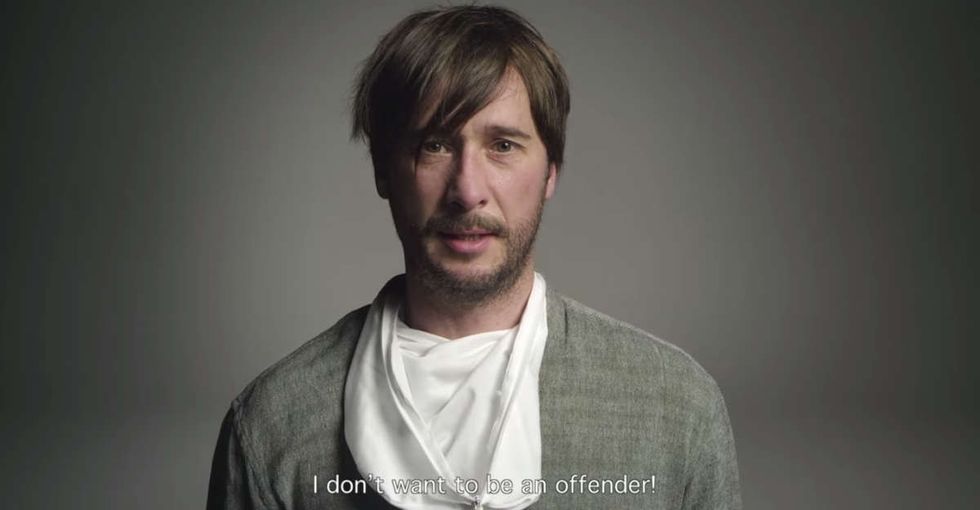 A provocative treatment program for pedophiles in Germany is raising some...

No one wants to see the sexual abuse of children occur. As a result, in most cultures, pedophilia — sexual attraction to children — carries tremendous stigma. This stigma often drives pedophiles underground, and out of sight. But does that work to...

As I’m fairly sure Dunkelfeld is not a centre of detention in any form, then I suppose your idea is an extension to this concept. In effect: ‘Paedo-Rehab’. Though I’m sure the use of dolls & cartoons could be seen as counter-productive to the overall aim, even if they were legal elsewhere.

But of course, your idea isn’t really concerned about “rehab” is it? What your suggesting is to seek out anyone who could potentially be - in both your opinion and admittedly other’s - a threat to your children (assuming that you have children). Maybe it’s an irrational fear that makes you want to have the whole concept of an adult having sexual feelings toward a child hidden away, so that it will have no effect or influence over you? I don’t know; I admit that I’m speculating.

The only controversial aspect that I really see in your suggestion is the idea of using screening and obtaining scans to involuntary section people, as, unless you’re suggesting setting up a string of detention camps that cram in people and are far from ECHR directives (Auschwitz ring a bell?), you will find that such a facility as you describe would be over-subscribed from voluntary applications; just like with ‘Project Dunkelfeld’.

Wow… I know “Dr” Abel is a purveyor of all manners
of pseudoscience and other assorted quackery, but this quote is indistinguishable from actual parody.

Well, I also like to estimate things based on… stuff… And I estimate that something like 40-50% of males in the world are pedosexuals at some level. But this guy is WAY more radical than me. Like, 200 children?!?

I… wha… I mea… how? I doubt most people will even meet this number of children in his entire life.

Well, I guess that’s what happens when the only contact you have with a group is limited with the SMALL part of it that was arrested for committing serious crimes. I wonder if “Dr. Abel” knows the meaning of a biased sample.

Also, what do I think of the idea in general?

Well, first, do you have a concentration camp big enough to accommodate 40% of all men in your country? Anyway, when you have one, we’ll talk about the rest.

I did a quick and dirty review of literature on high profile molestation cases, Catholic priests and Jerry Sandusky. Just to see if that 200 per pedophile number is even realistic. Sandusky was accused in 52 allegation, 4 were dismissed, 3 were not guilty and he was convicted of 45 counts. The John Jay Report on clergy allegations found that of the 11,000 allegation made, only 3%, about 149 had allegations of 10 or more and accounted for almost 3000 of the 11,000 allegations made. Dr. Abel’s estimates sound more like fantasy, rather than scholarship.

This, of course, does not excuse these heinous acts, but does promote an unrealistic fear of pedophilia.

Dr. Abel’s estimates sound more like fantasy, rather than scholarship.

Did he even say make the 200 victims claim that was attributed to him? No link was provided. It sounds like a made-up statistic that was just attached to his name to lend it greater plausibility. The only paper that I can find by Abel that resembles this a self-report study that showed men who molest out-of-home female children averaging twenty (not 200!) victims each. And even this has been criticized as exaggerated because it is based on the mean, which can be skewed by the presence of a few highly prolific offenders in the sample, rather than the median. Using the median, the figure of 20 plummets to 1.3. Still too many, but… nothing like 200.

Mea culpa. I should have checked the source. Never take hearsay too seriously.