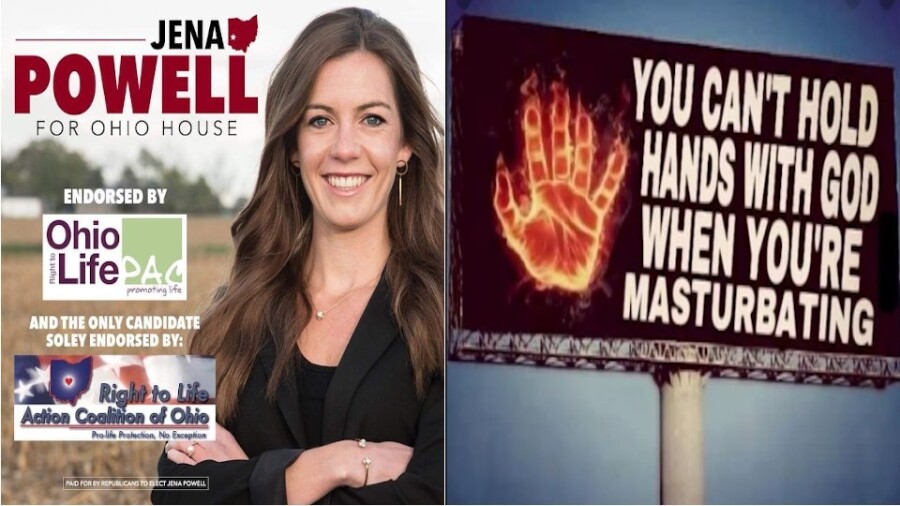 An Ohio state representative has just introduced a version of religiously inspired legislation in an attempt to push her state legislature to declare pornography "a public health hazard with statewide and national public health impacts leading...

One of my pet projects is to monitor the Christians’ war against sexual freedom. Being a furry who has a lot of different kinks, I know that my lifestyle could easily be taken away. Starting with Utah in 2016, 16 or so states have passed resolutions decrying pornography as a “public health crisis”, and through the stuff I’ve been looking at, they all seem to be connected to an organization called the “National Center on Sexual Exploitation” (formally known as Morality in Media). While the resolutions themselves seem to just be boilerplate fluff, I’m more worried that they’re just steps in a larger, more devious plan. And, since their website actively bemoans the fact that obscenity isn’t prosecuted anymore and that they repeatedly badger the US Attorney General to start throwing people into jail for “obscenity”, I’m really afraid of what their master plan is.
What do you guys think?
(Page on some of their legal goals: It’s Time for a National Legal Strategy to Defend Human Dignity )
(Tweets that got me to think about this: https://twitter.com/M_Nerdskull/status/1181384787962974208 https://twitter.com/steve312773/status/1181403176672600064 )

Small mistake. But, what do you think this all means?

It’s not really surprising that Morality in Media is trying to stir the pot again. This is maybe the last real opportunity for them.

The Crypto War is looming with the Five Eyes trying to crunch down on encryption, the U.K. is trying to go full China, there’s a terrible political instability between the left / right to the point that free speech itself is at threat, the tech giants are being pressured to end free speech, and the election is looming.

There is also FOSTA which may be struck down as unconstitutional, but not before their camp is able to do a lot of damage and to push their narrative.

My concern, though, is that the “Health Hazard” resolutions has been a slow drip. It has taken 4 years for 15 states to adopt that resolution. I’m concerned that they’re playing the long game.

“If a man lies with a male as with a woman, both of them have committed an abomination; they shall surely be put to death; their blood is upon them.” Leviticus, Chapter 20 verse 13.

The Christian doctrine condemns many things and obsesses over sexual activities.