Netflix's "13 Reasons Why" and teen suicides

So I’ve been arguing with Twitter dissenters and trolls over whether the effects of exposure fictional portrayals or expression that “promote” something, whether it’s a negative or a positive, are likely to spur on a real-world response or action.

I’m just going to preface this by outright stating that comparing the effects of lolicon/shotacon pornography on pedophilic individuals, even those who are “at risk” or predisposed to commit sexual offenses is not a very good comparison to a TV show about suicide and the suicidal tendencies of emotionally vulnerable and “at risk” person, considering one is a TV show with a majority appeal to emotionally-distraught teens and drama fans, and the other is targeted towards and consumed by adults, with limited appeal to young teens.
And it seems that the discourse surrounding it has been tainted by sensationalist reporting by mainstream media outlets and vague, unclear empirical analysis on the side of the NIMH, which seems to have omitted some important details from their study that they neglected to control for, and subsequent studies are having to pick up the pieces to create a more credible empirical account.

The trolls and dissenters cited Netflix’s show “13 Reasons Why”, which is a program that delves into the topic of teen suicide from the perspective of a single female character with each episode directed at other characters in her life which drove her to take her own life.

Apparently, the show amassed controversy due to the way it was directed at teens and how it portrayed suicide, so much so that Netflix are being sued by the parents of teenagers who allege that Netflix didn’t perform adequate due diligence in warning its viewers of the subject matter.

Its algorithm's recommendations are protected by the First Amendment, according to Netflix. 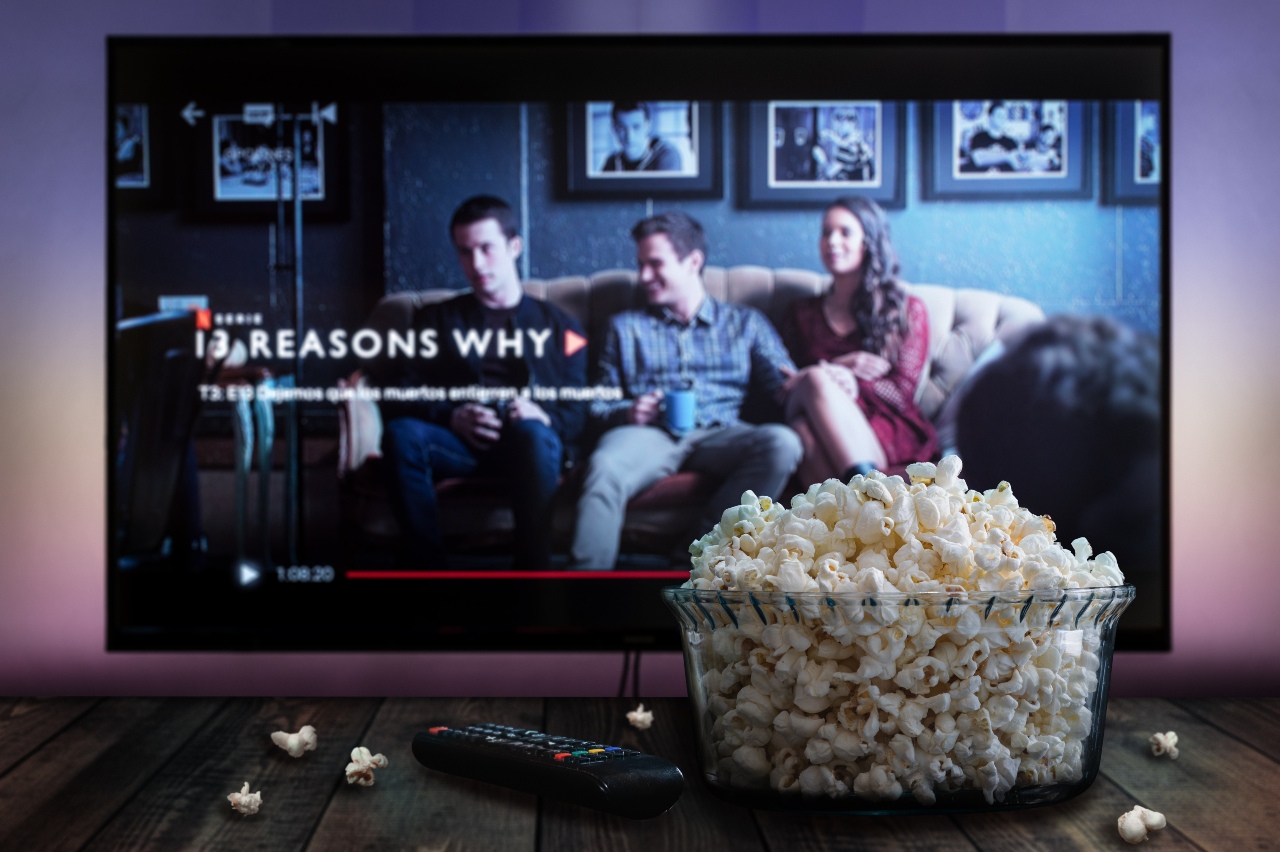 Netflix’s ‘13 Reasons Why’ Responsible For Hundreds of Child Suicides,...

Netflix’s show 13 Reasons Why caused hundreds of children to die by suicide and psychologically harmed youths who viewed it, a new lawsuit alleges.

A handful of individual instances involving teen suicides and the victims viewing or taking an interest in the show seemed to have done the rounds online, too. adding to the moral panic.

After her daughter's 'copycat suicide', this mother is warning young people...

Joyce Deithorn is speaking out about the harms of graphic depictions of suicide on screen.

And here are the empirical pieces that keep getting parroted. 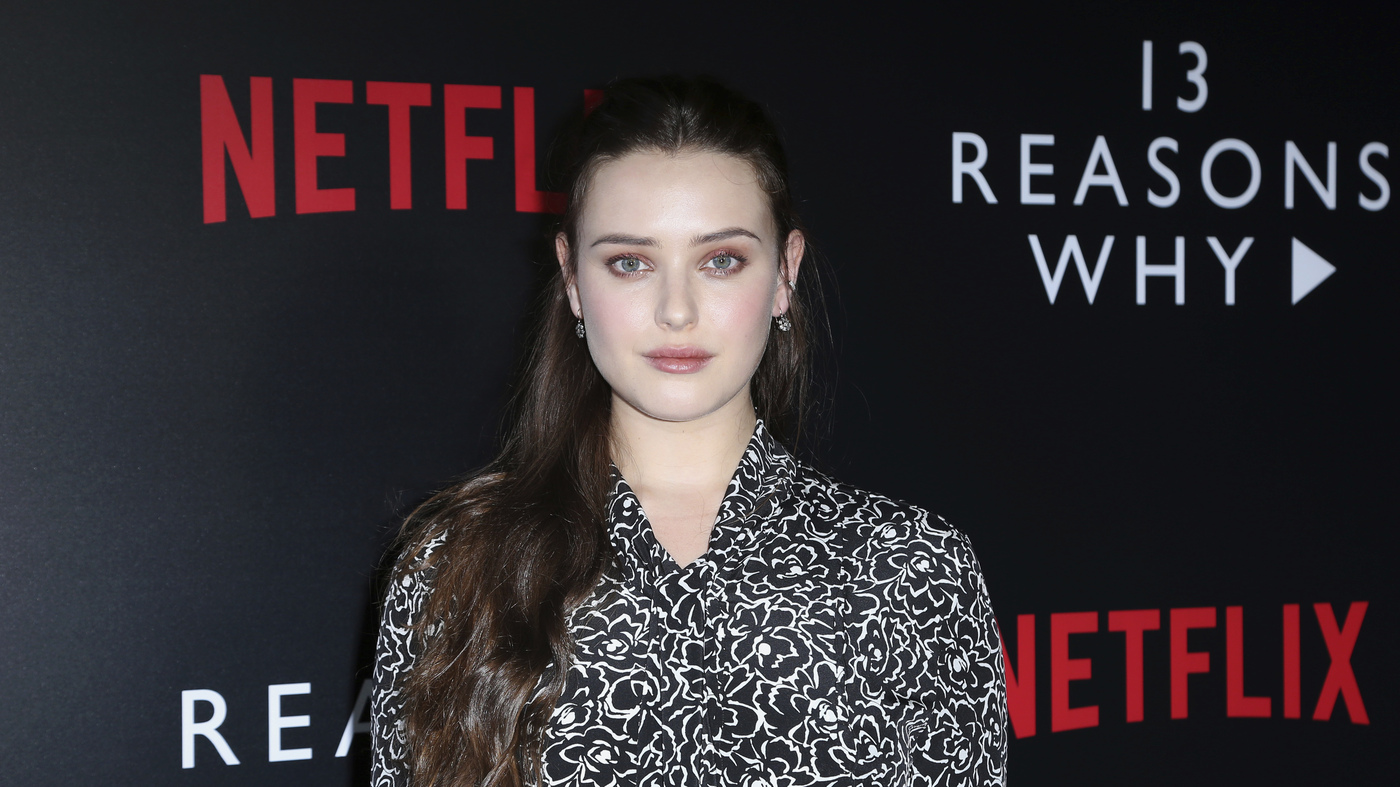 Boys ages 10-17 killed themselves at a much higher rate in the month after Netflix's show about suicide was released in 2017. Researchers attribute an extra 195 deaths that year to the series.

The findings of this study are shocking, but their results are extremely contentious, in that they’re being challenged by other studies, in addition to the fact that they fail to take into account several factors, the first being demographics.
“13 Reasons Why” seems to have an appeal amongst primarily teen girls and young women, with roughly 30% - 35% of that minority demographic estimated being teen boys and young men.

In the NIMH study, it seems that the vast majority of suicides to occur during the focused time period (the months before and after the premiere of “13 Reasons Why” on Netflix, when the spike happened) is primarily male.

The number of deaths by suicide recorded in April 2017 was greater than the number seen in any single month during the five-year period examined by the researchers. When researchers analyzed the data by sex, they found the increase in the suicide rate was primarily driven by significant increases in suicide in young males. While suicide rates for females increased after the show’s release, the increase was not statistically relevant.

This, taken into consideration with the following Psychology Today article by CJ Ferguson, and other articles which take care to deflate, if not outright contradict much of the concerns by the NIMH study authors, seems to really put a damper on those claims that the show has any meaningful association with teen suicide. 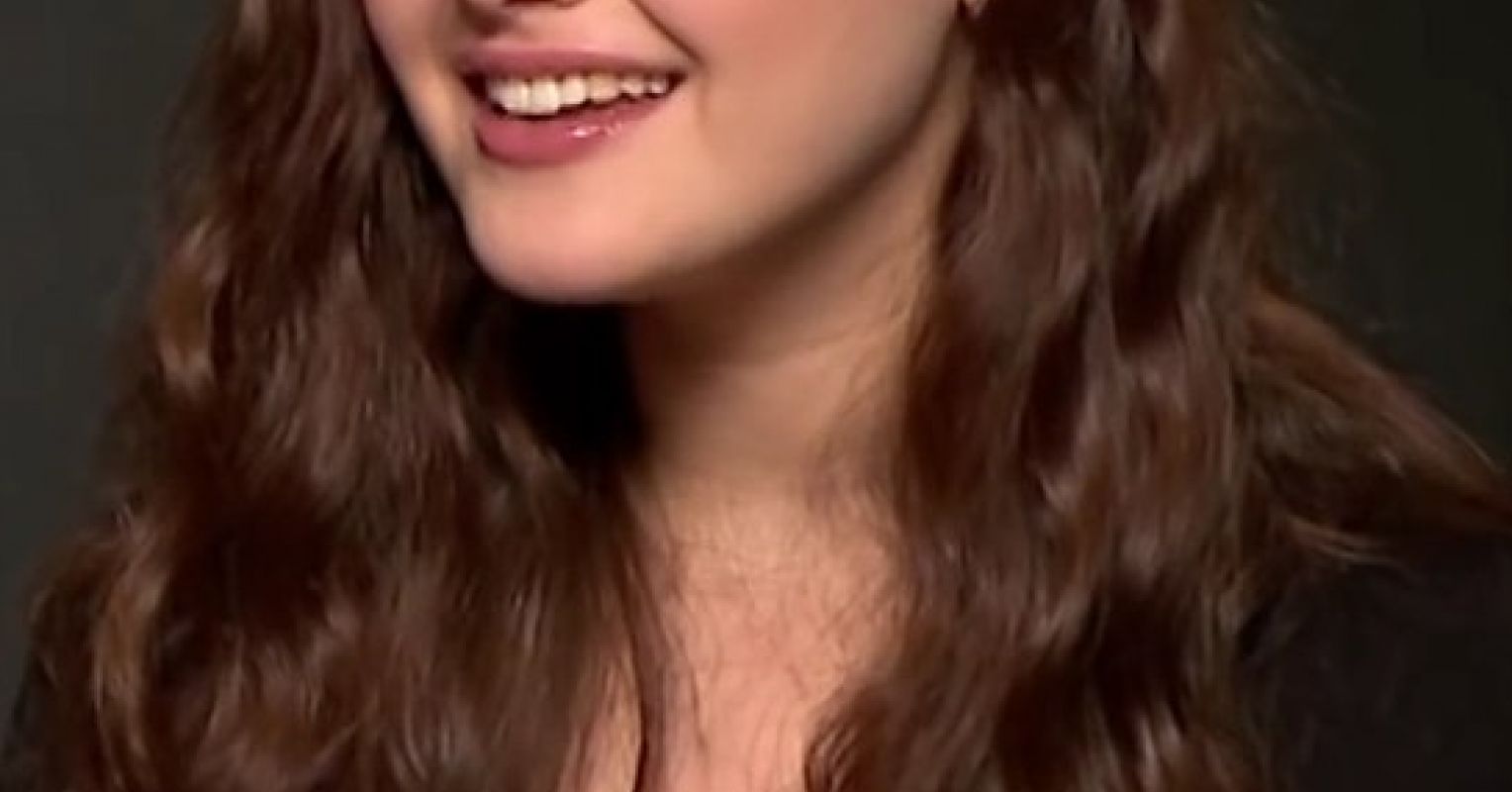 "13 Reasons Why" and Teen Suicide

Did the popular show really spark an increase in youth suicides? 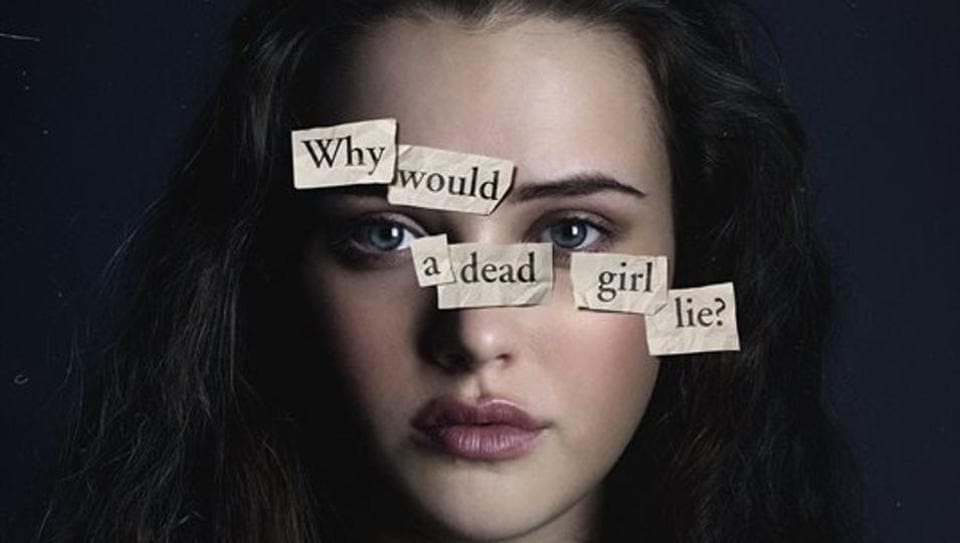 Study finds no link between Netflix show 13 Reasons Why and high US suicide...

When the first season of the Netflix show appeared in 2017, it created widespread concern that its graphic portrayal of a teenage girl’s suicide would lead to imitation among vulnerable young people, especially adolescent girls. 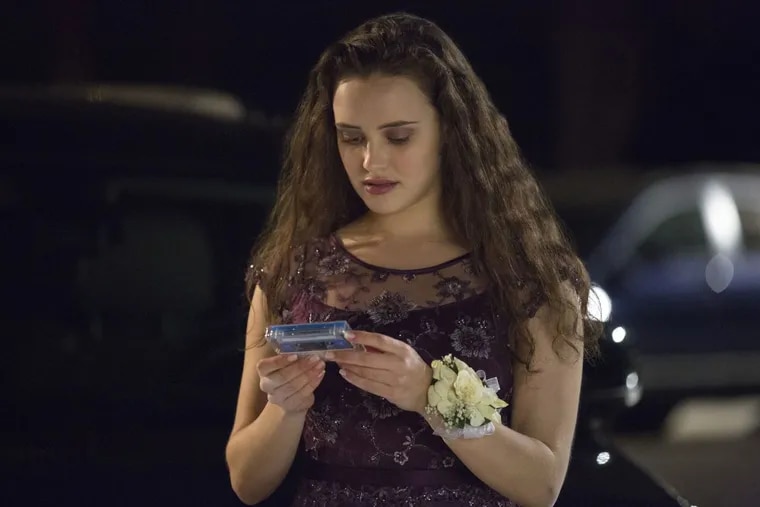 Netflix series ‘13 Reasons Why’ did not increase number of teen suicides,...

A Penn study found no correlation between the popular Netflix show and the number of teen suicides in the months after it aired.

Investigating harmful and helpful effects of watching season 2 of 13 Reasons Why: Results of a two-wave U.S. panel survey - ScienceDirect)

All of this, taken into consideration, means 2 things.

Firstly, it doesn’t seem like the NIMH study’s conclusions are valid, at least with relevance to the question of “did this show play a significant or causal role in teen suicides?”.
There’s a lot that they’re almost purposefully excluding from their research, namely the show’s own demographics, and whether their sample sizes were at all relevant to the show at all, and it seems that it’s plagued by a great deal of bias, i.e., going in with a presumed result that they allow to guide their interpretation of the results.

What made this study different from the Milton Diamond studies on sex crimes and pornography in countries like the Czech Republic and Japan is that he went out of his way to ensure that these things, adult and (simulated) child pornography, were culturally relevant and had high consumption rates.
The NIMH study almost purposefully excludes much of that and only looks at three things:

To expect people to take your claims with a grain of salt just because they pointed out that the study is merely correlational and, by design, cannot dictate causation, while lacing it with cautionary language and socio-political rhetoric is irresponsible and only makes finding the truth that much more complicated.

It is my belief that the mere assumption that fictional portrayals of bad things (suicide, rape, child abuse) that may present these things in a positive or glorifying light will cause people to do them may be what’s wrong here, since it already cements in a causational presumption, akin to mass psychogenic illness, which already cements in people’s minds a causal theory, which at that point only needs the slightest amount of surface-level validation to confirm a cognitive bias.
If a meaningful association is to be found, it may be the moral panic itself that causes things, rather than the speech or materials themselves.

Human beings compartmentalize fiction from reality, and are not likely to act on something they know not to be real, even if it expresses or indulges their true feelings, desires, or beliefs. It’s this fact that makes virtual/simulated child pornography consumption not a causal factor for the commission of child sex abuse.

Now for my personal take on the matter…

The guiding factors that lead a person to contemplate taking their own life are chaotic and sporadic, varying from person to person, with a variable degree of influence from social and environmental factors that may push a person to go through with it, or abstain from it.

As someone who went through this in their mid-late teens, I can safety say that placing the blame on a TV show, book, or movie to push a person to it is incredibly premature, if not outright inflammatory and wholly misrepresents exactly how such materials affect people.
For many people, music, books, stories, etc. about suicide, even the one’s that glorify it as an ‘easy solution to a difficult problem’ serve as safe outlets for their sorrow, and drive them to want to better understand them, especially if there’s a part of their life, their existence, that they so desire to experience or be there for.
Again, I speak from experience, as in my early teens I would write private journal entries about how I feel about my life, my existence, and just an overwhelming amount of nihilism and hopelessness that I began to feel as I struggled to get a-hold of my clinical depression.
Without the ability to express my feelings, to simply “speak my mind” and how I truly feel, as well as the ability to read other people’s feelings and thoughts about suicide, even the ones that paint it in a positive light, it felt… invigorating. It made me want to cling to life even more so I could not only tell my own story and express myself, but also see other peoples.
Of course we all knew that self-harm, emotional self-isolation, and other self-imposed harms on ourselves were bad. Many of us did it anyway, and in no way did I condone it, nor did anyone else for those who were not themselves, but that observation in and of itself inspired me to put the knife down and move it away from my wrist.

But none of that meant we couldn’t express those views in a fictitious sense.

I really don’t like 13 reasons why but it’s purely for creative reasons.

The idea that teenagers are so devoid of any critical thinking capabilities that they would commit suicide just because they saw it on TV is truly impossible levels of stupid.

Teens are significantly more capable, both physically and intellectually than modern society gives them credit for. We need to stop treating them like children ( the way we treat children is pretty shit too tbh ). Reanalysis of the Bridge et al. study of suicide following release of 13...

Bridge et al. recently presented a time series analysis of suicide rates in the US following the release of the 2017 Netflix series “13 Reasons Why.” Their analysis found a powerful effect of the show on boys ages 10–17 for nine months after the show...

And here’s the response…

I think the evidence speaks for itself here, and given the amount of panic-publishing and publicity going around, it’s no shock that the publication biases of Bridge, et al. would seep into their reanalysis of the subject matter.
Also, they get a great deal wrong about simple facts of the show, and further research would be necessary to look into the claims that “13 Reasons Why” had a large viewerbase of males who would then attempt suicide.

What I think it is, really, is a matter of unfortunate coincidence.