Although the experience of thoughts and images about children is common, there are many differences in the personal understanding and response to these thoughts but little is known about this. We want to find out more about how sexual thoughts, urges or images are experienced by different groups of people. We hope this will contribute to the understanding of psychological processes in people who experience difficulties with sexual thoughts as well as improve assessment and support programmes.

The study involves a telephone interview and some online questionnaires about your experience of sexual thoughts. We are offering those who take part a £40 amazon voucher to say thank you. This research is being conducted at Kings College London and is confidential and anonymous. We know this is a sensitive subject and you do not have to give us your real name or contact details. 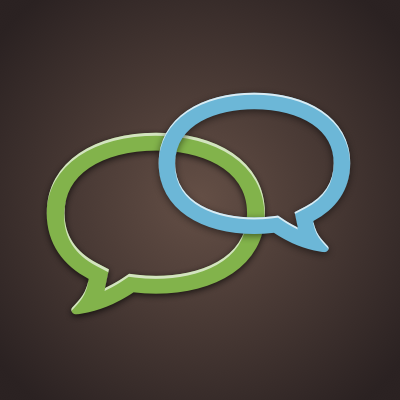 Alternatively you can contact me for an informal and confidential discussion or to ask any questions by emailing: [email protected] or calling 07525237306.

I don’t mean to seem rude, but this has “RED FLAG” written all over it - even if it is a legitimate University study.

It is legitimate, the researcher contacted me first to tell me about it. But of course it may not be within your comfort zone to participate, and that’s fine.

Thank you for raising your concerns. We have ethical approval and lots of people have taken part already. Please do get in touch if you have any questions. We are still looking for participants!

A member of the research team will then contact you by telephone to complete an interview.

Do you think GCHQ is logging all the calls to them and Lucy Faithful? The number of arrests last year went up at the same time as the number of calls… Even if Great Britain knows it would hurt them in the long run, I doubt they could help it.

The Scorpion and the Frog

The Scorpion and the Frog is an animal fable which teaches that vicious people often cannot resist hurting others even when it is not in their interests. This fable seems to have emerged in Russia in the early 20th century, although it was likely inspired by more ancient fables. A scorpion, which cannot swim, asks a frog to carry it across a river on the frog's back. The frog hesitates, afraid of being stung by the scorpion, but the scorpion argues that if it did that, they would both drown. T...

I am surprised this page loads over Tor. Many researchers forget to do that basic part, or they assume only someone who has touched someone would be interested in hiding their identity.

I would like to invite you to participate in this project which forms part of my Doctorate in Clinical Psychology research.

Are you doing this to get your doctorate? Congratulations on the hard work. I have personally thought of getting into psychology, it looks like a very interesting field, although I have other competing interests.

I am shadow destroyer of bad science.

Do not have a diagnosis of Obsessive Compulsive Disorder (OCD)

Have you considered the possibility someone doesn’t know it is OCD? Or haven’t gotten formally diagnosed for their condition?

Have experienced sexual thoughts, doubts, urges, images or ideas about children under the age of consent, either currently or in the past

What if they were children at the time? Is this unusual?

Is this a test to see if someone is a “MAP”? Do transient thoughts really count towards such a status?

A member of the research team will then contact you by telephone to complete an interview.

You have a lot of time on your hands with covid?

If you want to learn from some of Rahm’s mistakes, you should control for mental conditions like manic disorder, bipolar disorder, autism, gender dysphoria, generalized anxiety disorder, and other disorders which might have an impact on the research. Extrapolating data from unusual specimens to non-unusual specimens might be dangerous.

This isn’t very promising considering this is the United Kingdom, Hater of Lolicon.

Have you considered making the survey publically available without going through it? Transparency?

I haven’t looked at the survey thus far.

Thanks to all those who have taken part so far. We are still looking for participants so please do get in touch if you are interested in taking part or have any questions. The study is running throughout January.

You can email me on [email protected] or click on the follow link to read the information sheet:

I think it’s great that Prostasia’s forum is serving as a nexus for University research surveys!

I would participate, but I don’t think I would fit the criteria as I don’t have sexual feelings for minors or children.

Nah. Universities do this fairly frequently.

Look. Let’s be honest. I post, assuming that I am already on a private government list. So long as it’s not public, I don’t need to worry about stupid peasant lynch mobs.

Given it’s confidential and there’s no obligation to hand over identifiable information, no that’s not the case.

I’ve already participated in this and am quite happy to vouch for it’s safety and legitimacy.

Studies being conducted by UK universities are always going to seem especially untrustworthy. Not much that can be done about that.

Phone will always make people more cautious about taking part, maybe state that alternative arrangements can be used to alleviate some concerns.

“£40 voucher”, while meaning well, might actually have the opposite effect to what’s intended, looking like bait and sowing distrust.

Thank for raising these concerns. The study is entirely confidential and anonymous and no names are placed on any lists. However there is no obligation to take part, so please only do so if you feel comfortable.

As mentioned above by Dean, alternative arrangements can be made if people would prefer not to speak over the phone. We can use zoom or discuss other options.

We offer a £40 amazon voucher as we know this is a sensitive topic and we want to thank people for their time, but understand peoples’ concerns about this.

If you have any questions or would like to take part, get in touch by emailing [email protected]

Bumping this one more time, because the project is now in its final weeks of recruitment. If you would like to participate, this is your last opportunity.

Thank you to everyone who has taken part. We have now finished recruitment. If you have any questions about the study, please feel free to contact me via email on [email protected]