From Germany of all places.

The Police did one of those “showing off what they seized” things for the news (which seems a bit weird for anything involving naked children), but they looked like those naturist/nudist books you’d get in the 50s. 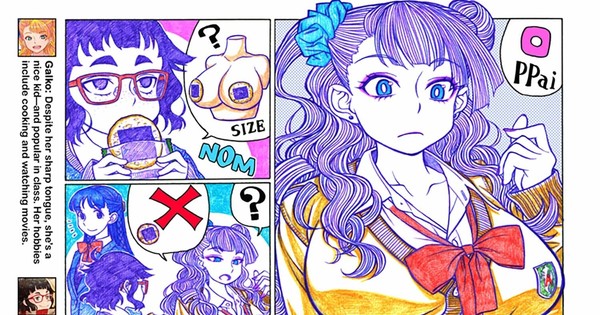 The Kyodo news service reported on Monday that the Aichi Prefectural Police arrested 40-year-old manga creator Kenya Suzuki on suspicion of possessing child pornography imported from Germany in violation of Japan’s Customs Act. Kyodo reported that the resident of Funabashi City, Chiba allegedly had six photo collections that he received by international mail on two separate occasions in September and October of last year.

According to the authorities, Suzuki stated upon his arrest that he “desperately wanted to acquire nude photos of foreign children that cannot be acquired in Japan.” The report added that police have confiscated 46 books and publications allegedly containing child pornography from Suzuki’s residence.

If he needed art references, he could have just used Pigtails in Paint, like the rest of us (a site perfectly legal, not only in the US, but specifically in Florida, by the way, so chances are that it’s legal in other states, as well).

Wasn’t that website shut down recently due to some incident with the authorities?

Seems up to me. Like I said, people are only beholden to laws of countries that they are citizens of. Because it’s HQ’d in Florida and breaks no Floridian or US laws, no foreign powers can really stop them. Also, given that Galko isn’t even loli, it’s interesting to note that the authors arrested with the real stuff don’t actually make the fictional stuff (ditto with the Rurouni Kenshin author).

Wasn’t that website shut down recently due to some incident with the authorities?

There was an attempt to censor it, that was successfully resisted.

It might be a false alarm, given that the initial report came from a “news” site that alleges an accidental hair pull during a photo as conveying psychic intent to rape: 'Far From Perfect': Fans Recount Unwanted Affection from Voice Actor Vic Mignogna - Interest - Anime News Network

From actual news coverage: https://twitter.com/invaderalex/status/1472885562495352839?s=19 You’ll notice the imagery is far from pornographic in nature and the names “das dorado der jungen nackten” and “wenn die nackten ferien” when looked up simply refer to nudism, with the latter linking to german nudist beaches. From what it looks like, no worse than what’s found on Pigtails in Paint.