What are your thoughts on the ethics of the police themselves circulating relatively uncirculated pieces of child pornography in order to catch criminals? This happened with the Australian Police where they seized the website “Child’s Play” via a vulnerability in the forum software which leaked the IP, operated it for an entire year, collected evidence on the various users and shut it down.

During that, they circulated relatively uncirculated images on a very specific schedule so that no one would suspect them and otherwise kept a significant piece of infrastructure up for that community.

This was also done by the FBI: 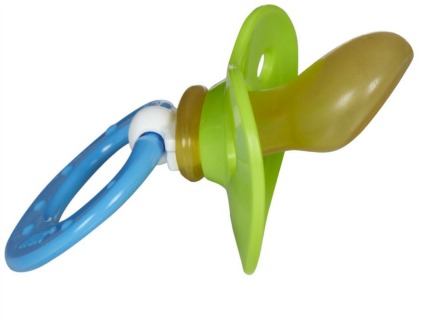 By its own logic, the government victimized children thousands of times.

I obviously don’t agree with it. Using it to capture impetuous criminals doesn’t change the fact that it is illegal to manage in the first place. Using trickery and deceit to accomplish your goals… I might be a bit naive, but I would never resort to something that could potentially harm innocents and myself. Who says being an authority figure exempts you from the given rules?

My suspicion is that the police doesn’t actually believe it’s that bad and that it is more of a routine arrest than one against a real crime, so to speak.

What they likely think is the “real problem” is the idea that looking at a lot of it “turns” people into molesters. It’s a very easy mindset to see right through. VG exposed the largest child sexual abuse forum. It was run by the police.

In utmost secrecy, the world’s largest child sexual abuse forum was moved to the other side of the globe. No one was supposed to know who was behind the website’s continued operation.

I think I found one of the articles.

It also shows you a very pixellated screenshot (it seems they had to hide some portions of it for publication) of what a child pornography site actually looks like.

The reason why possession of CP/CSEM material is illegal is because images and videos of the victims getting abused must disappear from the web and stay only in CP databases in order to prevent this material from spreading again, spreading it even if to catch criminals completely misses the point and it wastes time that could be used to catch criminals who are producing new CP/CSEM material

I visited that website, only a few videos were new material the rest was the same videos you found in ares, Emule.
But what police do it sick some MAP just want to chat with another MAP to feel that they are not alone and they are not monsters for feeling attraction to minors but they push you to share images and content.

But if what you are telling us is true, than I would expect PhotoDNA based browser censorship should be quite effective at preventing them from seeing the vast majority of that heinous content. Additionally, perhaps instead of simply auto censoring the ghastly stuff, replace the would be illegal image with a hyperlink to “StopitNow” or whatever site that can help reform image offenders.

While I find MAP feelings repulsive, I acknowledge they were born with a curse they had no control over. Yes, certainly making someone feel like they are “lesser”, “Subhuman” for being born with a psychiatric condition beyond their control makes the situation worse. They go with others with the same psychiatric condition who will support each other in harmful ways: trading CSAM. The hatred and vengeance model has failed utterly and completely at protecting minors. If I recall correctly, some admin high ranking person from a CSAM site before he ran that website actually tried to seek help before even offending at all, but had cops called by the therapist. If he had gotten help, he would probably had never gotten involved in that website. We need to encourage at risk persons to seek help to control their urges.