Prominent NoMap "Ender" was NOT arrested

Ender was a non offending pedophile activist who posted a lot between about 2016 and 2018 but after a large increase of hate he stopped posting under that persona.

Anti’s had claimed for a while that he was actually “Justin-Georges Coulombe” a convicted canadian child molester.

The claim had been circulating since 2017, but due to lack of evidence even the anti’s stopped pushing it. Until the “Wonderful” Ian miles cheong posted his article about it on milo yiannopoulos’s website, Which is very ironic

The claim that ender is Justin-Georges Coulombe isn’t just without evidence but provably false unless you believe that ender had been posting all over social media for over a year while in a high security prison. I also can’t find where the claim even originated.

Interesting. Please share more, if you have the facts. Such things are always interesting.

There is more in this video. But I think that’s it. 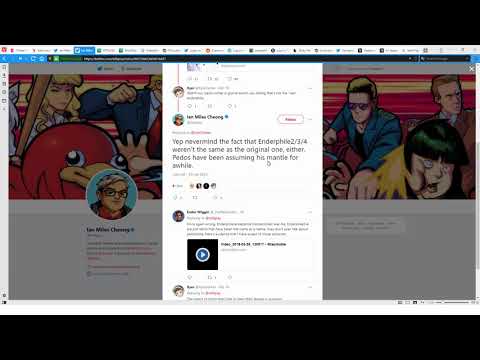