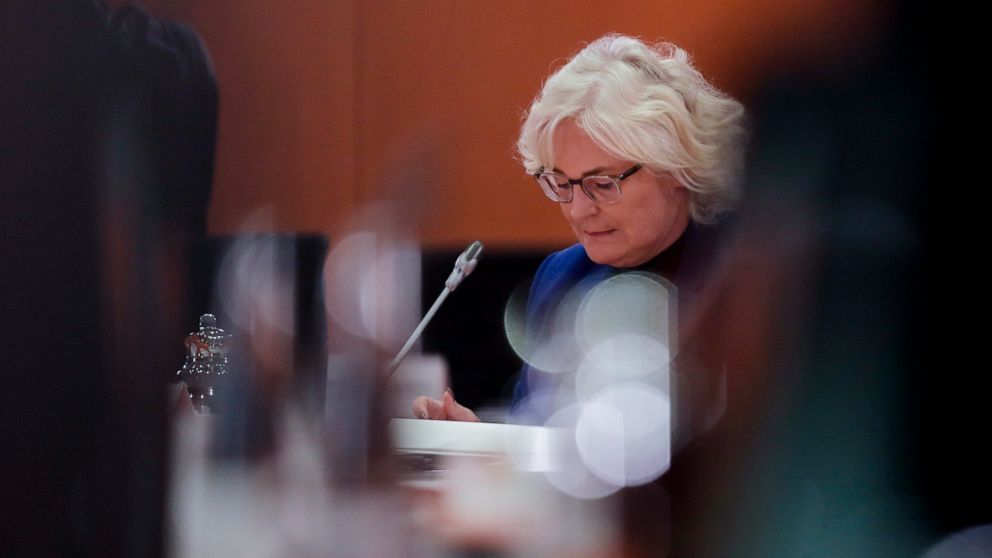 
If you scroll to the bottom of the sentencing changes, you’ll find it.

This change (along with others) are ill-advised and won’t have any positive impact on actual crime rates. Lengthy sentences haven’t worked in the U.S. (aren’t crime rates in the U.S. far higher?) for the other crimes and sex dolls are a weird target for any new law.

I don’t think there is anything anyone can do to reduce crime right now, the pandemic means anxiety is at an all-time high. Any form of anxiety is going to fuel crime as a form of release. It’ll only drop when we have a vaccine. Unfortunately, the political establishment are the sorts who have to do something. Anything. Anything is better than nothing, even if it means doing something counter-productive.

Pointlessly increasing sentences might even increase anxiety making it more likely someone will get stuck in a loop? There must be a point of the diminishing returns for the deterrant value of a sentence. It isn’t as bad America however where someone might start to think “nothing to lose, I get life either way”.

Minimums aren’t very useful in any case, as they remove the ability of a judge to handle a case appropriately, rather than by following an arbitrary number from someone high above. If someone is autistic or has a mental disorder, do you hand them the same sentence as someone who has a more normal mindset for collecting images? It doesn’t make much sense to remove the tools available to judges. Is it better to plea down charges into lesser charges like in some other countries and pretend they have a lesser charge rather than a greater one? Doesn’t Germany treat realistic 3D CG as “CP”?

Yeah, I find their behaviors (collecting and sharing CSAM) to be absolutely abhorrent, but I’d like to know the science behind these mandatory minimums. If they were passing new changes in law without evidence, than I’d be against it. The “child like doll” ban is a big red flag to me, as we have not even done any studies as to how such dolls (as disgusting as they are) impact offending. Some experts suggest it may increase crime, while others say it would act as an outlet. Juries still out on this.

I dunno if it sentencing changes would encourage them to get stuck in a loop though. I do believe three things which exists and has existed for some time can still encourage these individuals to stop and get help:

All these three things should prevent them from getting stuck in a loop of offending.

As for the bill itself, on the whole, unless someone here can give me evidence the changes in sentences and additional law regarding sex dolls are based on some studies, this bill looks more like child protection theater as oppose to evidence based policy.

Are you aware of Christine Lambrecht? shes a high ranking spd lawmaker, but she has pushed forward some really weird anti-child abuse laws such as flooding the net with fake CP which is digitally tagged to find offenders. I wasnt surprised to see her behind this also lmao. What a loon.

If the “fake CP” is so realistic, she can just offer it as a substitute for real CP, than playing these games.

Some experts suggest it may increase crime, while others say it would act as an outlet.

TLDR: The experts have no clue and they’re guessing and grasping at straws.

Sex dolls may be useful, as may be AI generated content.

I don’t know if VR would be useful, unless it is a full dive VR which hijacks all the signals to the brain. It may be worth doing an experiment with, when it reaches the level of being realistic enough that I don’t feel like I’m wasting money on low resolution blobs.

Unrelatedly, I am concernd about how Facebook wants to force people to have a Facebook Account to use an Oculus headset. I wouldn’t want some machiavellian and greedy Big Tech company monitoring my every single move in a VR world. Some may not want to be associated with Facebook at all.

Yes, I think that VR will begin to rapidly develop both visually and kinetically — in which case diversion therapy would be useful. The quandary with GAN generation is real — as you note these faces that don’t exist (and soon people) are not made without referent to human faces.

As for Facebook, I think the model it uses is highly exploitative and based on maximizing manipulation for marketization. So I would be very much it gaining even more of a hegemony via VR.