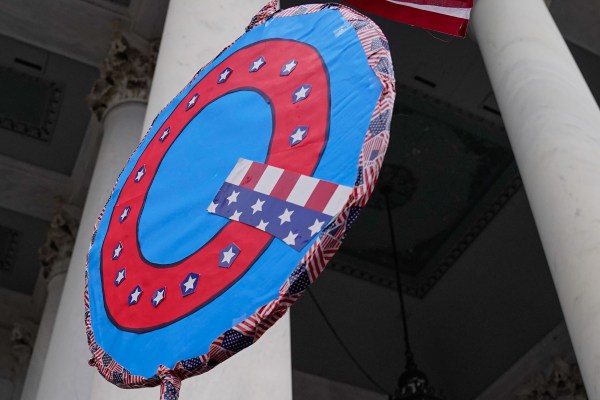 Phil Godlewski’s lawsuit against a Pennsylvania paper wound up revealing how he groomed a 15-year-old for sex, The Daily Beast reports

QAnon leader Phil Godlewski accidentally outed himself as an alleged child predator after filing a defamation lawsuit against a local paper that exposed old court records to public scrutiny, according to a report from The Daily Beast. Despite Godlewski and QAnon’s obsessive fixation with pedophile cabals running the government, it seems in this case the call is coming from inside the house.

In 2010, Godlewski was charged as a result of his relationship with a 15-year-old girl, identified in records as “B.D.” According to police records and testimony from the victim, Godlewski began a sexual relationship with the girl in 2008, when Godlewski was 25 and working as a high school basketball coach near Scranton, Pennsylvania. B.D. reportedly stopped cooperating with law enforcement after Godlewski threatened suicide, and Godlewski ultimately pleaded guilty to charges of “corruption of a minor,” and served three months of house arrest.

By 2021, Godlewski had established himself as a major figure within the QAnon world, and was raking in cash hawking multi-level marketing schemes to his hundreds of thousands of followers. Godlewski reportedly purchased a $1.7 mansion using the funds this year.

After the Scranton Times-Tribune published a profile of Godlewski in 2021, Godlewski sued the paper, accusing B.D’s mother of fabricating the allegations in a financial ploy and calling the victim a “conniving” fraud. The accusations prompted B.D., now an adult, and her family to further cooperate with the Times-Tribune’s response to the suit. This cooperation, as the Daily Beast reported, has exposed further details of Godlewski’s misconduct.

Police reports and letters submitted by the girl’s parents indicate that at the time of the relationship, Godlewski exchanged hundreds of text messages with B.D., and bought her lavish gifts. In one text exchange, he told her he had “realized that you’re only 15, but quickly stopped caring.”

Records show that Godlewski detailed his sexual desires and exploits with the teenager, telling her he would “ever be sexually satisfied if we did it like 4-5 times a day.” He allegedly used his work as a real estate agent to gain access to homes within which to have sex with the teen. “We’ve probably had sex in like 40% of the homes in northeastern Pennsylvania,” Godlewski messaged her in one instance.

In written testimony, B.D. indicated that Godlewski continued to contact her in her adult life. Following the death of her grandfather, he texted her: “I had no idea your Popa died. I’m so sorry. I think we had sex in their bed though.”

The Times-Tribune’s lawyers have also submitted that Godlewski attempted to bribe B.D. into perjuring herself in order to exonerate him, telling her that he was “literally foaming at the mouth to take [those motherfuckers] down once and for all,” and offering her “a very, very large, and very, very unique financial opportunity,”

The paper has accused Godlewski of breaking a variety of courtroom rules and is seeking an additional $70,000 in damages and legal fees.

The QAnon conspiracy theory, which has been heavily promoted by former President Donald Trump, has led to multiple murders and violent attacks. The conspiratorial movement holds that the world is run by a cabal of satan-worshiping pedophiles, and that Trump is the chosen figure destined to bring them to justice. The conspiracy and its followers were a driving force behind the Jan. 6 attack on the United States Capitol.

Godlewski’s case is not even the first instance of a prominent QAnon figure being exposed for preying on a child. Last year, public records obtained by Right Wing Watch revealed that in 1999 David Todeschini, a QAnon influencer, was convicted of sexual abuse and sodomy after abusing an 8-year-old boy.

Both Godlewski and Todeschini demonstrate that if QAnon believers would truly like to rid the world of child predators, they should start by purging them from their own ranks.

A previous version of this story incorrectly described Scranton Times-Tribune writer Chris Kelly as the subject of the 2021 story that referenced Godlewski’s 2010 indictment. Kelly was the author of the story.

I’ve brought this up in the past, but this is what always happens. Priests, vigilantes, etc., who rally so hard against this stuff turn out to be perpetrators themselves. Wether it’s due to self-hate, denial/projection, an attempt to “blend in” with “normal, predo-hating” society, etc., this always happens…

It’s like whenever somebody who’s anti-LGBT turns out to be gay, it never fails!

I wonder how long it’ll be before the usual Q anon troll reappears saying it’s FUD.

Unless they’re the same person…

And the number of people surprised is zero.

You’re telling me predators want to spread a conspiracy theory that makes it harder to stop real predators? Who could have possibly seen that coming?

You know what else I find troubling?
8chan (now known as 8kun) is an imageboard website similar to 4chan and it’s considered to be the “home” of the QAnon conspiracy theory:

8kun, previously called 8chan, Infinitechan or Infinitychan (stylized as ∞chan), is an imageboard website composed of user-created message boards. An owner moderates each board, with minimal interaction from site administration. The site has been linked to white supremacism, neo-Nazism, the alt-right, racism and antisemitism, hate crimes, and multiple mass shootings. The site has been known to host child pornography; as a result, it was filtered out from Google Search in 2015.[7 Shortly before...

8chan (or infinitechan), now known as 8kun, is a message board in the style of various imageboards such as 4chan, launched in 2013. The site claims to remove content only when it violates United States federal law, justifying this policy as the...

Why is this such a big deal? Because the website was known for hosting CSAM: 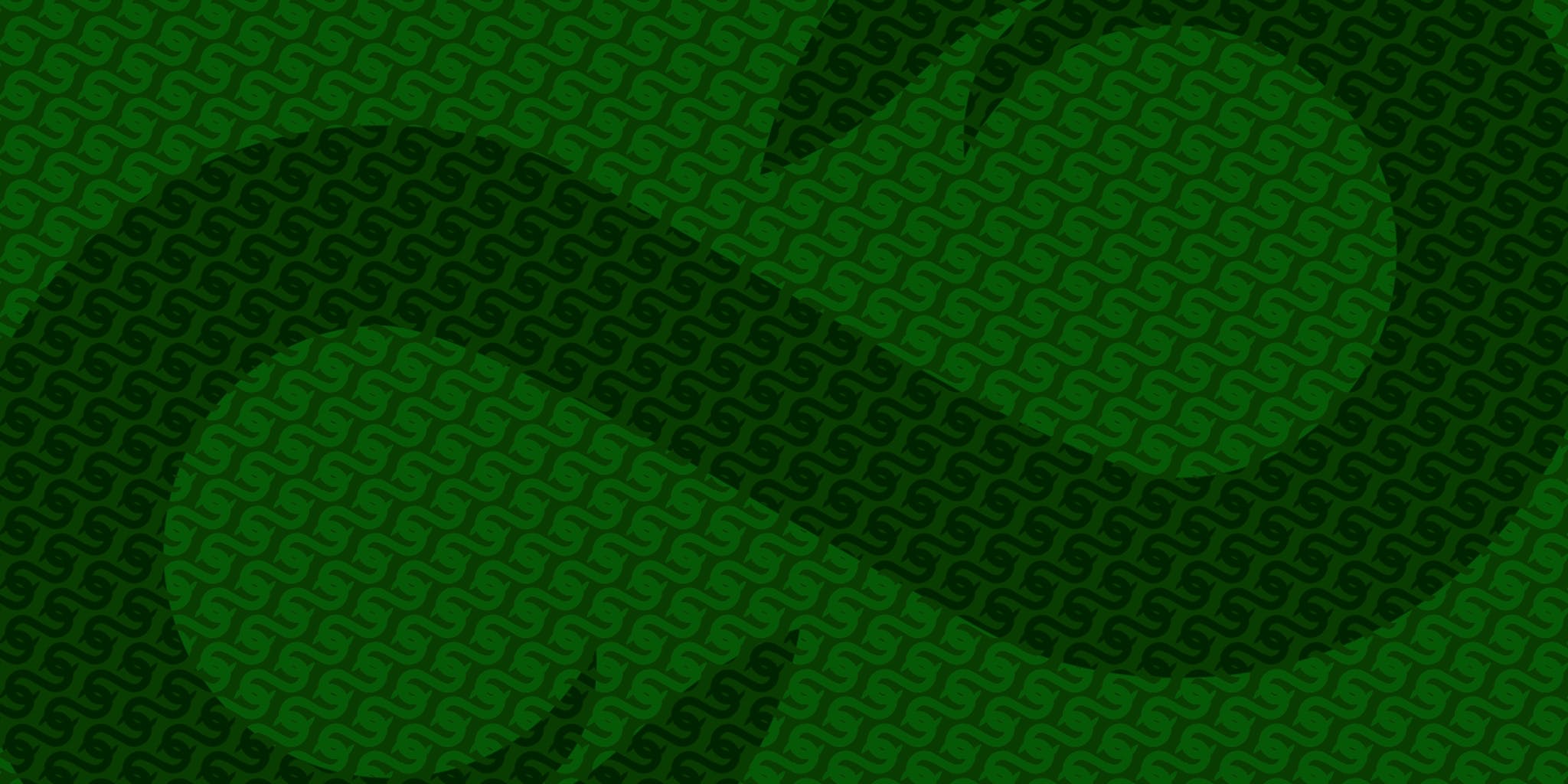 8chan is home to a hive of pedophiles

When I see a QAnon influencer get exposed as a child predator, I think it may not have been a coincidence that their “main” website used to host CSAM.

Online paedophile hunters are often abusers who are trying to reinvent themselves as “good people”, the UK’s former police child protection head has said.

Jim Gamble QPM, who ran the Child Exploitation and Online Protection Command (CEOP) until 2010, said online vigilantism offered such people a chance to “mask” their past and garner a “status” on social media.

The 59-year-old criticised the effectiveness of some such groups saying he wouldn’t trust them to “walk my dog”.

He said: “They (paedophile hunter groups) attract people with domestic abuse records and coercive control. They give people the opportunity to reinvent themselves as a good person and create this status, to build a Facebook or a Twitter following.

“It makes them feel good about who they are and allows them to mask some of their other behaviours.”

Mr Gamble added that he also knew of well-meaning online vigilantes, who became involved because members of their own families had been victims of sexual abuse and were “trying to do the right thing”.

In a speech at the NSPCC’s How Safe Are Our Children Conference yesterday, Mr Gamble repeated his call for a law to ban people posing as a child online without a reasonable excuse or lawful authority, a common tactic for hunter groups.

In the past, he has called for a ‘citizens’ army’ of more than 1,000 volunteer special police constables to be recruited and trained to catch paedophiles online by posing a children.

Mr Gamble said the initiative would cause groomers to think twice before approaching children online as they currently “don’t think they are going to get caught” by the sporadic efforts of vigilantes.

He added: “Last I heard there were 70 (hunter) groups, some of them I wouldn’t trust to walk my dog - and don’t have a dog.

“There are some who are very good at what they do and engage with police. The fact of the matter is you can’t have that mixed-economy workforce in this sensitive area.

“Policing should learn the lessons from the vigilante experiment and bring it within a criminal justice framework that includes vetting, training and supervision.”

Bottom line, fuck 8chan with an anchor. When they’re not peddling CSAM, they’re being a literal cult dedicated to toppling democracy. They can all eat a bowl of fuck…

Wait, hold on, it gets “better”. Here are a few more facts you should know about 8chan/8kun:

-In addition to hosting lolicon (not to mention CSAM), some 8chan users used “lolicon” as a code word (or dog whistle, if you prefer) for actual CSAM.

-When Google delisted 8chan in 2015 (meaning you couldn’t search for it on their search engine back then) for “suspected child abuse content”, some 8chan users tried to shift blame onto others (for example, by saying the CSAM reports were fake) and refused to take responsibility for letting the site host CSAM: Imgur: The magic of the Internet

-In 2016 (approximately), this was the message that was displayed at the top of 8chan’s main page:

Warning: Some boards on this site might contain content of an adult or offensive nature. Please cease use of this site if it is illegal for you to view such content. The boards on this site are made entirely by the users and do not represent the opinions of the administration of Infinity. In the interest of free speech, only content that directly violates the DMCA or other US laws is deleted.

-Links to 8chan/8kun are banned on 4chan, probably due to the site being known for hosting CSAM (the other reason is that some 4chan moderators were banning anything related to GamerGate at the time, which is why 8chan also became a hub for GG supporters). Posting a link to the site would result in a ban. At least, that was apparently the case between 2014 and 2016. I have no idea if it’s still the case now.

-Everything on the site was logged, including every image a user expands, every board a user visits and IP addresses. The site’s privacy policy never mentioned how long they stored all of this information. So much for free speech and privacy, huh?

Shut the site down. It’s not doing the world any good. It’s a complete negative to everybody except the users that are there. And you know what? It’s a negative to them, too. They just don’t realize it.

He also thinks the current owner of the site, Jim Watkins, and his son Ron Watkins, are (or, at least, know who is) behind the QAnon conspiracy theory.

Needless to say, the world is better off without 8chan/8kun.

This story made me sick to my stomach. That QAnon guy is a reprehensible scum.