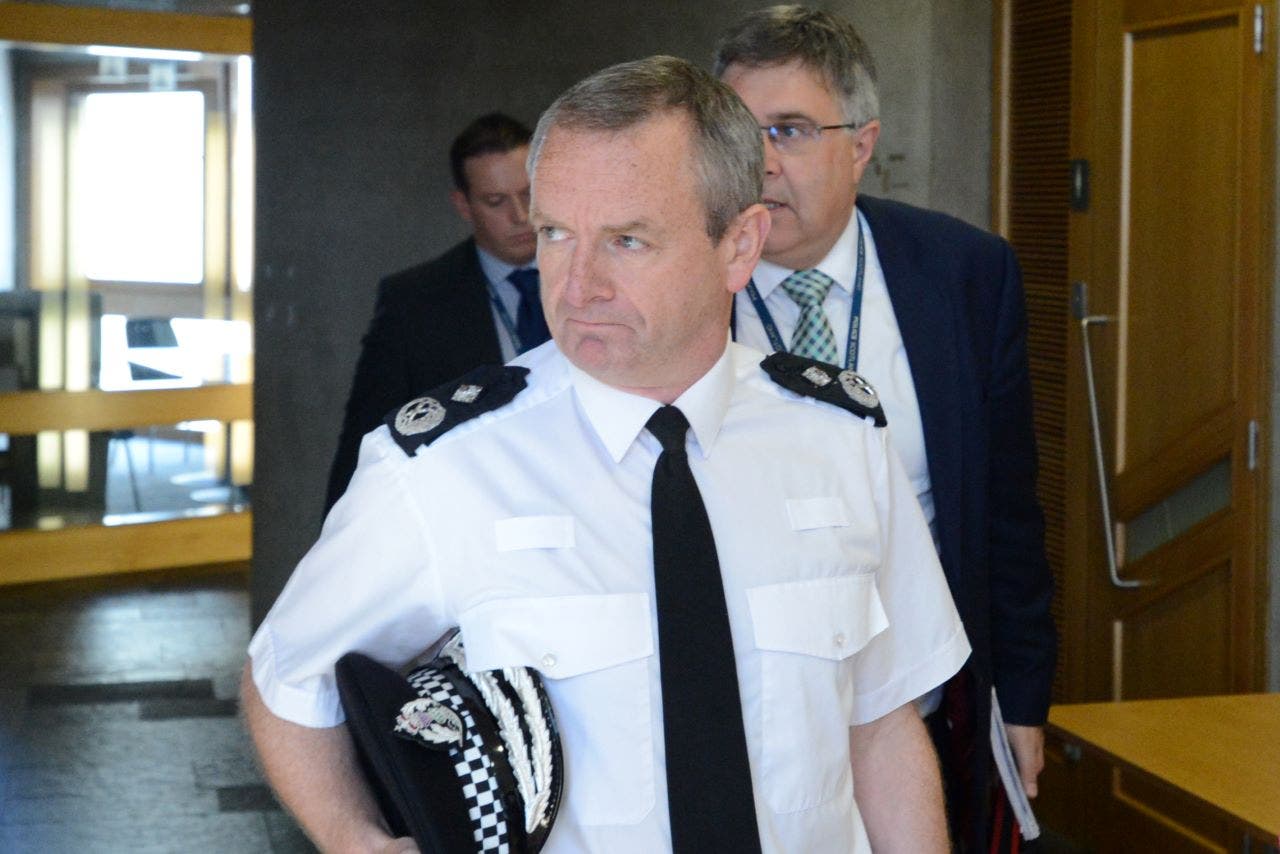 Scottish police sparked criticism from politicians and social media users after using the term "minor-attracted people" to describe pedophiles in a report.

Police in Scotland have sparked outrage for describing pedophiles as “minor-attracted people” in a report.

Officials said the language in the year-end report was based on terminology used by the European Union.

In a year-end report, Chief Constable Iain Livingstone said police have worked on a project that’s main agenda is “to develop understanding and approach to avoid the victimisation of children by engaging Minor-Attracted People (MAPs) and providing them with the necessary support, treatment and guidance to help prevent criminal activities.”

The phrasing in the report drew criticism from many in Scotland who said the police were normalizing sex crimes against children, Scotland Daily Express reported.

“I very much welcome the common sense approach from Police Scotland, though even in commissioning documents these euphemisms should be avoided as they mask the reality and hide the horror. The term in whatever context is baloney.”

A conservative party leader in Scotland added that “most Scots will find any attempt to soften the language around paedophilia in official guidance to be deeply disturbing and wrong.”

“How about we don’t do this: ‘minor-attracted people’ equal predators plain and simple,” Peterson tweeted.

In a statement, Scotland police said the term is not used in the department but was based on European Union language.

“Police Scotland does not use the term Minor-Attracted Person,” the statement said. “The reference in the Chief Constable’s Assessment of Policing Performance 2021/22 was in the context of Police Scotland’s engagement with the Horizon Project EU consortium to tackle Child Sexual Abuse and Exploitation.”

“The term was used in the commissioning documents for the consortium and is more commonly used on the continent. In September, Police Scotland representatives successfully lobbied for the MAP term not to be used by the consortium.”

Scotland police did not immediately respond to a request for comment from Fox News Digital.

“I very much welcome the common sense approach from Police Scotland, though even in commissioning documents these euphemisms should be avoided as they mask the reality and hide the horror. The term in whatever context is baloney.”

, the “approach” being described here is support and outreach towards non-offending MAPS. I don’t think this approach is any good at all if the policy is also to constantly demonize and demean the targets of said support through every iota of language. Like is this statement AI generated? It’s hits every hackneyed talking point while being essentially gibberish taken as a whole

Either these people have serious reading comprehension problems or they are being completely dishonest. Clearly the term was not used in this context as a way of softening or much less to decriminalize anything. They were just describing the actions they have taken to REDUCE the incidence of child sexual abuse, the fact that they used another term instead of “paedophile” does not change absolutely anything.

Call me a cynic, but I don’t foresee this amounting to anything more than some sort of Ill conceived endeavor to harass local MAPS, much like how many police departments have predictive algorithms that single out people ostensibly likely to commit crime for the police to arbitrarily target and accost.

We all know nobody will be going to the police of their own accord for this “help”, and so the question for me is how exactly the police will find who to target and offer their “support” to.

As someone who runs a website dedicated to helping MAPs find support, I’d second this. Police have a long history of discrimination against marginalized groups and I wouldn’t trust them to run a program to “help” MAPs or any other widely stigmatized minority.

Lol, her website is full of transphobia. Anyone who takes her seriously has little interest in protecting children; they’re supporting policies that drive trans kids to suicide.

Why is it always the TERFs who oppose efforts to prevent child abuse? Kinda telling if you ask me.

Meanwhile Jordan Peterson is a climate change denier, among other things.

Lol, her website is full of transphobia. Anyone who takes her seriously has little interest in protecting children; they’re supporting policies that drive trans kids to suicide.

Why is it always the TERFs who oppose efforts to prevent child abuse? Kinda telling if you ask me.

Meanwhile Jordan Peterson is a climate change denier, among other things.

Not surprising given this article is from Fox News.

Also, while I’m at it, let’s read some of the top comments (just scroll to the bottom of the article)!

All this is saying is that Scotland didn’t push back against the groomer language used by the EU. Which makes them complicit.

One way to solve this problem is to cut off their minor attracted twig and berries. Letting them bleed out is optional.

One user replied with:

Beheading is more effective. It may seem barbaric, but it’s what we may be coming to in this country with child molesters.

This user is stable.

The problem with liberalism is that it aspires to their idealized version of made up nonsense, as if they live in a fantasy world. The rest of us know that reality is as clear as the road to the mill, hard work and clear thinking, fantasies are for children.

This entire spiral downward to favor the criminals by lame language that attempts to hide the seriousness of the crime over protecting the victims will be the undoing of the US and Europe. Civil societies cannot function with this perverted approach to crime.

“Oh, you don’t think pedophiles should be separated from society? You must be a sick pedophile!”

This is “grooming” the general public with the goal of desensitizing us until we are no longer shocked and appalled by this disgusting crime. By phrasing it “minor attracted” person”, it sounds like it isn’t a bad thing. Soon people will be saying that children are “senior attracted people” and as long as both parties are consensual, age has no bearing on the relationship. I really hope that I am wrong.

I really dont care where the terminology came from. What I do care about is the attempt by some in society to marginalize heinous crimes committed against children. We need to see it for what it really is, sick people doing horrible things to children.

“It’s time to terminate terminology and chew bubblegum, and I’m all out of gum!”

The deviant Pandora’s box is open and there’s no limit as to the number mentally disturbed variants that will “come out”. They all want their behavior accepted as “normal” and condoned by all while disregarding the rights and beliefs of others. It’s a highly intrusive movement that will always be at odds with those who oppose it.

The slippery slope fallacy in action!

Dressing up a perversion is the first step in justifying it. Next step is to get some psychologist to claim it is an addiction that they have no control over and claim the perps need treatment instead of incarceration.

I don’t care what you call them. They need harsher treatment by the justice system. Once they victimize a child they have proven themselves unable to coexist with a civilized society. There are lines that must never be crossed. It is time that we, here in the United States, begin to have a serious conversation with our lawmakers about increasing the penalties for these crimes against children including capital punishment and mandatory life without parole. The first time, every time, no mercies, no plea downs, and no negociations… a direct and immediate ejection from our society, and if possible, off this mortal coil.

The penalties have been increasing and the USA is one of the countries that has the harshest laws concerning CSAM. But, of course, this isn’t the sort of info that Fox News really cares about.

Give it three years of incremental change and they will condone the “attraction“ as perfectly normal and shame those who disagree.

It is common knowledge that M.A.P.'s are most effectively changed through L.E.A.D. Therapy. How corrupt has a society become when they rationalize the predation of the most vulnerable in that society? A culture that does not value children does not deserve to survive.

Logic has left the chat.

What are they going to call murderers now - “life altering people”? I don’t understand this trend of even treating violent and dangerous people special just because they happen to be human (the jury is still out).

The slippery slope fallacy is back at it again!

This has been coming for a long time, with each degrading step taken. Soon they’ll be protected from persecution, wait the Epstein islanders are still being hidden so it’s happening now.

At around the same time that the Fox News article was published, a similar one was published on “The European Conservative”: https://europeanconservative.com/articles/news/scotland-police-rename-pedophiles-as-minor-attracted-people-at-direction-of-eu/

Apparently, there was some confusion as to what was going on. “Full Fact” has the facts on it: 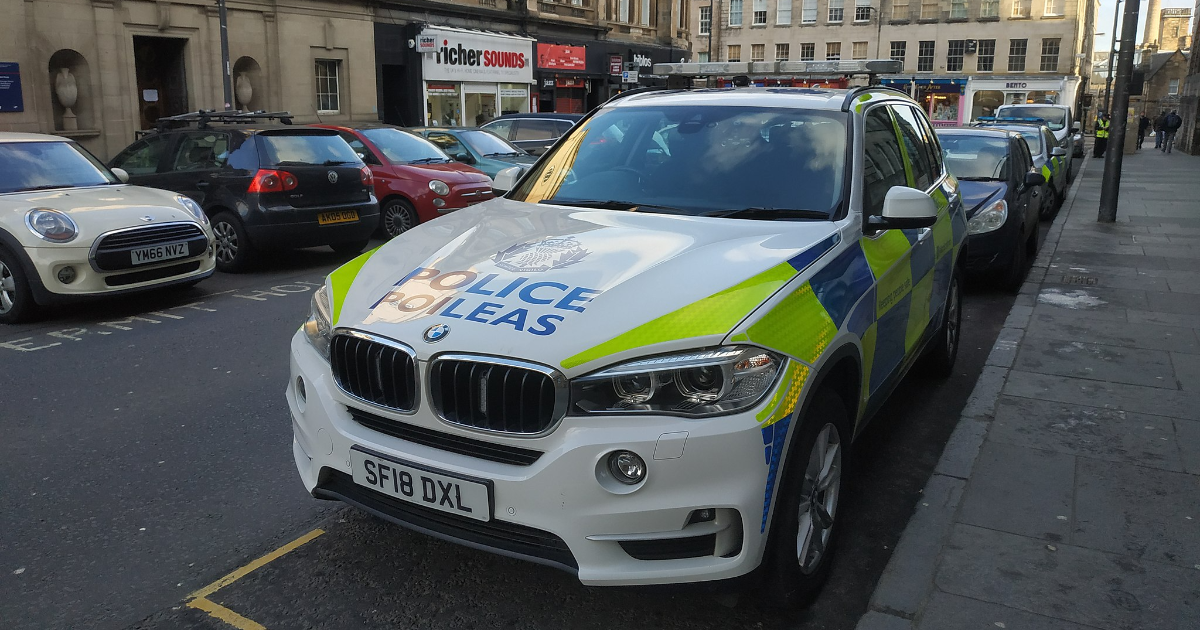 It clarified its use of the phrase after it appeared in a report produced by the force.

What was claimed: Police Scotland has renamed paedophiles as ‘minor attracted people’.

Our verdict: Despite using the phrase in a report, Police Scotland says it does not use the term to describe this type of offender and that when the phrase was used in a report, the force was quoting from documents to establish a consortium on combatting child sexual abuse.

A video being shared on Facebook claims that Scotland has renamed paedophiles “minor attracted people”. While a report produced by Police Scotland did use this term, the force later clarified that it doesn’t use this term for offenders and says it was quoting from proposal documents from a consortium to tackle child sexual abuse and exploitation.

The background of the video shows a screenshot of an article with the headline “Scotland Police Rename Pedophiles As “Minor Attracted People” at Direction of EU”.

The article points to a report from Police Scotland on policing performance which used the phrase “minor-attracted people” instead of paedophiles.

The report said: “[Specialist Crime Division] Public Protection has engaged in the Horizon Europe Project – Prevention of Child Sexual Exploitation (CSE). The project’s main agenda is to develop understanding and approach to avoid the victimisation of children by engaging Minor-Attracted People (MAPs) and providing them with the necessary support, treatment and guidance to help prevent criminal activities.”

The same two sentences also appeared in a “Standards of Service for Victims and Witnesses” annual report for 2021/22.

The use of this phrase in the policing performance report was also covered by the Telegraph, the Sun, MailOnline and the Independent.

However, in a statement on 31 December, Police Scotland said media reporting had misrepresented their position on the term “minor-attracted person”.

Detective Chief Superintendent Sam Faulds, Head of Public Protection for Police Scotland, said: “Police Scotland does not use the term Minor-Attracted Person to describe this type of offender and any suggestion otherwise completely misrepresents our position.

“The term referenced in a Police Scotland report in June 2022 was quoted from proposal documents for the establishment of the Horizon Project, a European consortium to tackle child sexual abuse and exploitation.

“At the first meeting of the consortium, in Warsaw in September 2022, Police Scotland officers successfully lobbied for the MAP term to be removed from recognised terminology used by more than 20 European partners.

“Our view was that the term was entirely unacceptable in describing someone either involved in sexual offending against children or who has indecent thoughts towards them.”

Planning to engaged a marginalized group

Yeah, I doubt this will get very far