Although I know this forum is intended for helping children, I still feel that this injustice on the “adult side” needs more attention.

Japan is a country with low sexual abuse rate and the freedom of fictional pornography including lolicon/shotacon, but it still has its own exclusive problem: the censorship of clear depiction of sex organs. 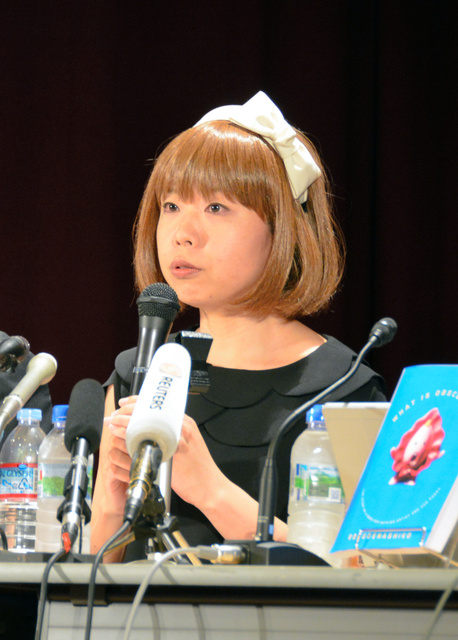 Recently, a female mangaka named Megumi Igrashi was sentenced to a fine of 400,000 JPY (about $3,685) in the second instance due to a 3D model of female sex organ. Even though the defender declared that the model doesn’t reproduce the texture and the accuse is a violation of freedom ensured by the constitution, the court claims that “the model still reproduces the genital much enough to arouse, making it not artistic at all.”
It’s already not news that Japan blurs every genital in their commercial products. However, I doubt that the judges really believe that they can prevent more crimes by stigmatizing all sex organ depictions. Japan is friendly to sex fantasies, but the law has flaws which create injustice.

but the law has flaws which create injustice

We strive for justice and morality, but a just and moral way of life is impossible to us. From ancient times to the modern age, the life of a human being has been nothing more than a frantic striving to be the criminal and not the victim. A vast majority of the people (I would say 99.99% of them) end up as the victims—there is no way of remedying the situation because the victims are mired in ignorance, cowardice, and malice, and are incapable of confronting the criminals.

Who are the main backers of this law?

Wasn’t there that Japanese politician recently who vowed to get rid of that antiquated censorship law if and when he was elected?

But that would still be up to the descretion of JAV stars who don’t want to do uncensored works, etc.

You probably mean Taro Yamada (山田太郎, yamadataro43), the Councilor supported by many otaku. Everything about his effort can be viewed on his Twitter.

Discretion is okay, total forbiddance (by laws) isn’t. The best way is to give the rights of choice (to blur or not to) back to the creators of the contents.