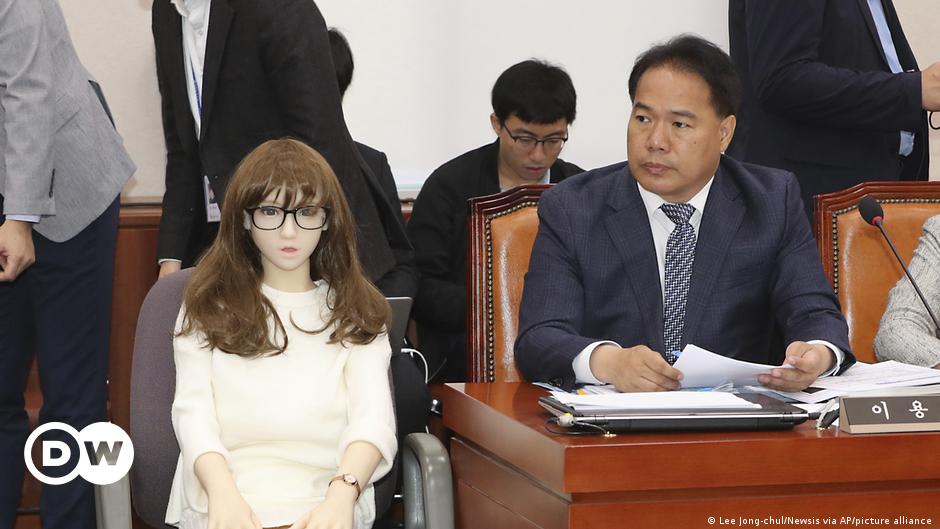 South Korean officials declared the import of "full-body" sex dolls was allowed, but child-like dolls would still be banned. Importers said the decision was "reasonable."

South Korea has formally ended a ban on the import of full-body sex dolls, three years after the country’s top court ruled the objects were not obscene.

The Korea Customs Service said in a statement on Monday that “customs clearance of full-body real dolls in adult shape is allowed.”

A ban on dolls with child-like forms would remain with the customs agency saying that “real dolls in the shape of minors is prohibited.”

The agency said that when considering dolls depicting minors, overall appearance, height, weight, face and voice would be taken into account.

This would be in line with countries like the United States, Australia and the United Kingdom, all of whom ban child-like dolls.

The customs agency had only allowed the clearance of sex-dolls with particular body parts, and not full-body dolls since July.

While there had been no law explicitly banning the import of sex dolls, they were being seized by customs officials citing a clause in legislation banning goods which harmed South Korea’s traditions and public morals.

Lifting of ban welcomed by importers

Importers took their case to court arguing that the objects were used privately and therefore did not impinge on human dignity.

Lee Sang-jin who is the former head of a company that imports sex-dolls, was pleased with the decision.

"We thought our people’s rights to seek happiness and use (sex dolls) in their private lives have been restricted by the state. There are various types of people who use (sex dolls), including those who are sexually alienated or those who need them for artistic purposes.‘’

The decision means that importers will now be able to retrieve their dolls held by customs authorities in storage facilities.

Ah, South Korea! My grandmother’s homeland! “Fun” fact: The distribution, sale or display of pornographic sites of ANY kind can be punished with up to one year’s imprisonment, (tho there’s no penalty for merely watching or possessing Internet pornography; they’ll allow it on social media, just can’t have dedicated sites for it).

Pornography is banned by the government in South Korea, with laws strictly enforced. The distribution, sale or display of obscene materials via the Internet can be punished with up to one year's imprisonment, although there is no penalty for watching or possessing Internet pornography; the exception is child pornography, the possession of which carries a maximum one-year prison sentence, and the maximum sentence for distributing, selling or displaying it for commercial purposes is ten years. Man...

Pornography is banned by the government in South Korea, with laws strictly enforced. The distribution, sale or display of obscene materials via the Internet can be punished with up to one year’s imprisonment, although there is no penalty for watching or possessing Internet pornography; the exception is child pornography, the possession of which carries a maximum one-year prison sentence, and the maximum sentence for distributing, selling or displaying it for commercial purposes is ten years.

Many foreign pornographic websites are blocked, and those found to be operating from within the country are shut down.[65] The Korea Internet Safety Commission is responsible for instructing Internet service providers to block access to “pornography and nudity”.[66] Google Search in South Korea filters search results for around 700 terms considered by the government to be adult in nature unless the user demonstrates that they are aged over 19.

This was another user’s reply to them:

“Still?” It was banned in 2008, due to the conservative administration in power.

I went on Wikipedia to see what was up with that: Internet censorship in South Korea - Wikipedia

Here’s what Wikipedia says in regards to nudity and obscenity in South Korea:

The Government of South Korea practiced censorship of gay-content websites from 2001 to 2003, through its Information and Communications Ethics Committee (정보통신윤리위원회), an official organ of the Ministry of Information and Communication, under its category of “obscenity and perversion”; for example, it shut down the website ex-zone, a website about gay and lesbian issues, in 2001. That practice has since been reversed.

Since 2008, attempts by anybody to access “indecent Internet sites” featuring unrated games, pornography, gambling, etc., are automatically redirected to a warning page which states “This site is legally blocked by the government regulations.”

Search engines are required to verify age for some keywords deemed inappropriate for minors. For such keywords, age verification using a national identity number is required. For foreigners, a copy of their passport must be faxed for age verification. As of 2008, practically all large search engine companies in South Korea, including foreign-owned companies (e.g. Yahoo! Korea), have complied with this legislation. In April 2009 when the Communication Commission ordered user verification be put on the system at YouTube, Google Korea blocked video uploading from users whose country setting is Korean. In September 2012, Google re-enabled YouTube uploads in Korea following a three-year block.

On December 21, 2010, the Korea Communications Commission announced that it planned to create guidelines about monitoring Internet content in case of a tense political situation, such as automatically deleting any online anti-government message.

You read that right, you can’t search certain keywords on the Internet without first providing ID (to prove that you are in the age of majority).

This one says the following:

Pornographic websites, books, writings, films, magazines, photographs, or other materials of a pornographic nature are illegal in South Korea, although the law is not regularly enforced. Distribution of pornography can result in a fine or a two-year prison sentence. Since 2009, pornographic websites have been blocked by the South Korean government. In 2012 the Ministry of Public Administration and Security released statistics that cited 39.5% of South Korean children having experienced watching online pornography, with 14.2% of those who have viewed online pornography reportedly “wanting to imitate” it.

Here’s what the article says:

South Koreans are found to be the world’s top buyer of pornographic materials, according to Newsweek.

The U.S. weekly magazine said on its latest online edition that Koreans spent an average $527 per person in 2006 to watch pornography through CDs, videos and other mediums, followed by Japan’s $157 and Finland’s $114.

Pornography revenue per capita for Australia came in third at $99, followed by Brazil at $53, Czech Republic at $45 and the U.S at $45.

The magazine said the figures are derived from the data quoted by a blog maintained by Mark Rice, a professor of American Studies at ST. John Fisher College. (http://rankingamerica.wordpress.com).

It also said the Ranking American graphics are based on data from Durex and www.toptenreviews.com.

The toptenreveiws.com said the revenue of the world’s pornography industry reached $97 billion in 2006. By country, China was the largest market at $27 billion, followed by South Korea’s $25.7 billion and Japan’s $19.9 billion.