Here is the beginning of an article submission, which we have decided doesn’t work on its own but could be part of a series of stories from survivors (or possibly just from male survivors, because it’s a perspective less often heard):

Trauma will do strange things to a child. I think it’s possible as a child I was so obsessed with death and sex because a part of me saw my abusers as monsters.

It has taken me years of quiet whispers in the back of my head to be able to tell myself I was abused, exposed since infancy to explicit sexual behavior that changed the way my brain took shape. The abuse existed but it was committed by people who acted recklessly and without measuring the consequences. I didn’t, however, see them as pedophiles. I still don’t. I’m not trying to say they were less guilty, I’m saying attraction had nothing to do with it.

I remember my sister’s eighteen-year-old friend taking my pants off when I was six, right on my parents bed, before taking off her own.

I remember my next-door neighbor forcing me to perform oral sex on him, telling me he had rubbed a grape on it so it wouldn’t taste bad. I was eight and he was twice my age.

I remember my mother scratching my back, then putting her hand under my sweater and down my pants, cupping my butt.

The problem is when we as a society hear about child abuse, we link it to the abuser’s sexual attractions. It’s wrong and it’s damaging because we label every child-abuser as a pedophile, and that’s usually not the case. Sexual attraction and abusive behavior are not the same thing, and it would be wrong to stop saying “rapist” and start saying “heterosexual” because we are talking about actions. Pedophilia is not a verb, it’s the sexual attraction to prepubertal children, so it shouldn’t be used as if it’s an action.

It’s not that I don’t think it’s pedophilia because there was no grooming or van full of puppies, or that I think all pedophiles are innocent and everyone who abuses a child is something else. It’s that I know the statistics on actual pedophiles committing assault, I know my mother and she had never touched me like that before and she never did so again. I know sex games mix very well with recklessness, lack of parental watch and a child all-too-eager to fit in with the “grown-ups”.

If you are interested in collaborating with this author and perhaps have a story of your own that you think might fit with this one, you can add to this thread. 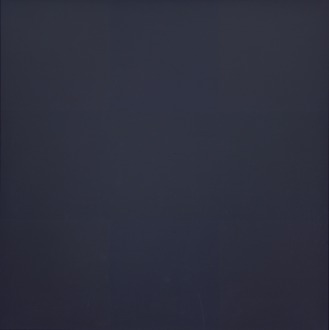 An Open Letter To The Watchtower Bible And Tract Society: Child Sex Abuse By...

As a male abuse survivor myself, I support the Prostasia Foundation and their mission and methodology for evidence-based, censorship-free child sexual abuse prevention.
However, given the grim nature of my abuse and how it personally effects me to this day, I am unable and unwilling to share details regarding that.
Just know that I hold contempt for my abuser and those who abuse children.
I hold no contempt for those who are capable and willing to control their urges which they cannot change, and support giving them the means to express and indulge in much the same way non-stigmatized interests are, though, without a victim or the prospect of a victim.

Thanks for sharing that much, anyway! Since this thread was created, we have started Survivor Expressions which is specifically for survivors who wish to tell their stories in their own words. Any other survivor who is reading this is welcome to send us something, and you can use a pseudonym of course. We won’t interfere with your words!

Fine, we won’t call them pedos, but we will call them child rapists, but we should also consider them Subhuman. There is a bill in Australia to allow for sentencing of anyone who rapes a child under the age of 12 in which the perpetrator was 18 or older to be surgically castrated. This should help provide some closure to CSA survivors.

There is a bill in Australia to allow for sentencing of anyone who rapes a child under the age of 12 in which the perpetrator was 18 or older to be surgically castrated. This should help provide some closure to CSA survivors.

That’s… very troubling and disturbing to hear about. In the United States, such barbaric penalties is restricted by the 8th Amendment’s ban on “Cruel and Unusual” punishment. And I am thankful for that.

Closure for victims is important, as is the punishment for vile acts of sexual abuse.
But not at the cost of arbitrary cruelty that goes so far outside the norm, only to accomplish a deliberately malicious and callous goal. This deliberate disfigurement may serve as legal precedent when evaluating future crimes and punishments.
The permanent shackling of the mind and body that extends past what is needed for imprisonment will never be a reasonable punishment.

Justice is important. But justice isn’t just about punishing people for crimes, it’s about righting the wrongs and restoration. If a government is willing to bastardize this concept in order to satisfy an animalistic, unhinged desire to cause permanent physical disfigurement and prolonged suffering, then perhaps maybe they’re better off by not presenting the illusion that their government is one that values Justice.