The anti mindset is omnipresent and it really pisses me off

It’s become very clear to me that artistic freedom is not supported by any modern political movement.

I consider myself an anarchist and absolutely no one can and or will change my stance on the matter but I’ve become very disappointed by the fact that virtually every fellow anarchist I have encountered is against ‘‘problematic art’’ and believes that things like loli and shota should be destroyed which seems to directly contradict established anarchistic values.

I don’t think this is a problem with anarchism or any political movement in general, rather I think the rampant sexphobia of human civilization is just so all-encompassing and heavily ingrained into our collective psyche that even the most free-thinking people are unable to imagine an alternative to the ‘‘sexual status quo’’, and because of that, I don’t think there is any hope for MAP’s, pro-shippers, etc.

Are you sure that the only reason that they are anarchists is because of the fact that they just want to go on vigilante rampages, destroying art or otherwise, and be able to get away with it?

Anarchism is not the murderous and hyper-destructive lawlessness you see in ‘‘The Purge’’ and it never has been although centuries of propaganda have made it seem that way by changing the definition. Likewise, it’s impossible to know why anyone follows a specific philosophy unless you ask them directly.

Classical Anarchists were far more radical than modern anarchists, many early Anarchists were strongly anti-religious and advocated for free love and free artistic expression. Modern Anarchists however think that things like Islam are perfectly compatible with women’s rights and LGBT pride.

Cancel culture is the reason and the fact that western society is not really individualistic, but very collective. You really wouldn’t notice much of a difference between finnish people and japanese people since both have a very individualistic society where people don’t care what someone else does in his privacy.

Places like the US however control each others values as a collective. If you don’t agree you get treated poorly, as a punishment, to protect the integrity of the group. So, you have multiple groups forming and the ones having a more risky stance being slowly destroyed through shame by bigger groups and/or converted (people trying to save face).

One solution is simply to free yourself from the very concept of shame, especially from your enemies.

I think American culture is socially individualistic but morally collectivistic. In the sense that everyone is expected to act and think a certain way which isn’t necessarily beneficial to the people but rather the system.

I think America is a nation very obsessed with the notion of “purity”- purity of thought, purity of ideology, etc.

I think that’s why every election season, the accusations of “not a real American”, or more amusingly “Anti-American” are invariably thrown around.

Yeah, this is an issue I have too. The thing is, there’s a weird cognitive dissonance where people say they’re all for Freedom of Expression but that only applies to things they like or that society deems as appropriate.

They’ll support freedom of expression only up until it’s the type they dislike.

They’re ok with certain thoughts only up until they seem the thoughts as going too far.

They’re against cancel culture only up until they’re ok with the target being cancelled.

They fail to realize they are the thing they supposedly fight against.

And sex in fiction is apparently on an entirely separate level from every other thing in fiction. Murder, torture, genocide… A-OK. But a “problematic” sexual encounter is where they draw the line.

Even so called free speech activists do it. It’s hard to take them seriously when they argue for free speech but lolis and shotas and whatever are the gate to hell.

Japan’s ahead of a lot of countries in that regard, but even they seem to be struggling to not lose themselves to the moral panic based on what I gleaned from the other thread.

Have you heard of Diogenes by any chance?

Philosopher in the barrel?

Believing some principle while creating ad-hoc exceptions to it whenever convenient is functionally identical to rejecting the principle altogether.

That’s not to say that any and all discourse on reasonable limitations or possible exceptions is necessarily disengenuous - but people who are constantly engaging in special pleading over beliefs they supposedly hold dear are, to be blunt, completely full of shit.

And this is my problem with modern anarchists.

Modern anarchists want to create a society that is governed by peer pressure instead of laws and institutions and they will not allow this peer pressure to be challenged. Therefore, it seems logical to me that any implementation of modern anarchism will simply lead to fascism as the people will seek to create moral consistency in the population of a collective, and doing so, involves the creation of hierarchies and positions of authority which will inevitably create new governments.

Classical Anarchists were far more open-minded than modern anarchists, they believed that true anarchism could only be achieved by willingly detaching oneself from the economic, political, social, and moral standards of society.

Modern Anarchists seem to believe a lot of dumb shit, like the notion that Islam is compatible with women’s rights and that it’s bigoted for an LGBT person to be an antitheist.

He overcame his shame to the point where he was ok exposing himself in public, along with other things that would get him thrown into prison in the modern world (such as what he’d do in Plato’s lecture). He realized society imposed artificial rules onto people and shame was nothing but a prison, one that he freed himself of.

This degeneracy is why I get out of bed in the morning.

Proudly problematic and degenerate here. Because I mock my enemies, no matter their political leaning.

Though, frankly, I would prefer being compared to Nobunaga Oda over Diogenes, but a bit of context there might help. In Fate/grand order, there is their portrayals of Nobunaga Oda and Vlad III. While few westerners know who Nobunaga is, most westerners know who Count Dracula is. However, Fate’s portrayal of Vlad is ultimately ashamed of that title. He has a skill called Seraphic Monstrosity, which gives him stat boosts based on that, though. However, Nobunaga fully embraced being feared as the Demon King of the Sixth Heaven even in life.

Therefore, his (or in this portrayal, her) skill is a stronger version of Seraphic Monstrosity called Demon King. Even his Samurai Warriors portrayal talks about breaking chains and choosing desire (yes, I know that it sounds very reminiscent of the Sith Code): SW2E: Nobunaga-Souls in Chains - YouTube It’s easy to see that freeing yourself from such chains gives you strength.

(Netflix manga/anime series for those who are unaware.)

According to the Jesuit Father Luís Fróis, Oda Nobunaga called himself "Demon King of the Sixth Heaven" (dairokuten-maō), a title properly belonging to Māra, the Buddhist counterpart of Satan (though portrayed in mythology …

It’s also amusing that the latter 2 got genderbent. 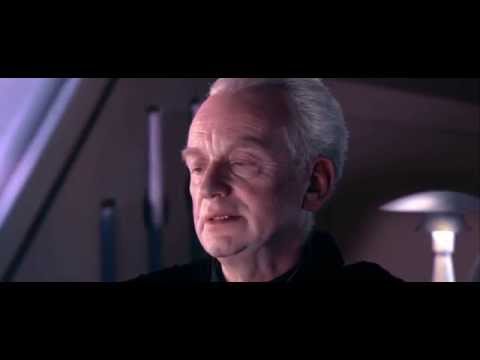 This type of thing is why I love anime. Even if it’s ludicrous situations, there are still valuable life lessons in it.

Side note, I am a little annoyed a lot of characters never embrace their dark side. It’s usually “negative emotions = bad, positive emotions = good” instead of channeling them into rewarding outcomes. Just a gripe of mine.