The War on Pornography in the US

Hey, guys! This is my first post. About a month ago, I wrote a Twitter thread complaining about a war against pornography in the US being waged in the shadows. I talk about a lot of stuff in it, but what I find most concerning are these resolutions being passed in individual US states declaring pornography a “health crisis”. Most of them are filled with benign, boilerplate fluff, but some of them are actually asking the federal government to crack down on NSFW content quite hard by doing the UK’s age verification scheme as well as criminalizing and banning everything that fails the Miller Test.
Anyway, what are your thoughts? Are they going to get their way? Or is this just a cynical and meaningless ploy to score political points?
My Twitter thread: https://twitter.com/Jamie_Foxworthy/status/1152122085470347264
TN Resolution: TN House Urges Federal Action Against Pornography. What Now? | National Decency Coalition
OH Resolution: Ohio Resolution Calls Pornography a Health Crisis and for Regulation of Porn on the Internet | National Decency Coalition

Thanks Jamie, and everyone should definitely check out his Twitter thread, which is a good one.

Another link you might find useful is the presentation from one of our Advisors, Ian O’Brian from the Free Speech Coalition, given at our launch event one year ago, in which he talks about the public health crisis resolutions. Ian is well-placed to talk about this because his background is in public health. Here’s the video:

I uh, have a bit of alarming news. Trump has nominated TWO fanatical anti-porn judges to the US Court of Appeals: Today’s round of judicial nominations by the Trump administration include a Missouri district court seat for Sarah Pitlyk, currently counsel for religious group the Thomas More Society.

Still, I don’t know how we really fight back right now…

So, what does that mean? Are they gonna win? This article explains a few things. Sexual Expression and Free Speech: How Our Values Have (D)evolved

Throughout history, courts have struggled with how to define and regulate obscenity. As thoughts regarding free speech have changed over time, so have social mores, and now an unregulated Internet provides unlimited access to sexual images.

However, the findings of the President’s Commission on Obscenity and Pornography have never been debunked. 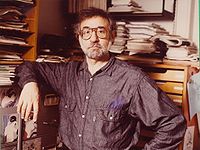 Berl Kutchinsky (1935 - 1995) was a Danish Professor of Criminology at the University of Copenhagen. He became internationally famous for his studies in the public health effects of pornography. He was based in Denmark, which in 1969 became the first country to legalize hardcore pornography Sweden followed suit in 1970, and West Germany in 1973. Kutchinsky was therefore in a unique position to study the effect of pornography on a massive scale. Over the next two decades Kutchinsky carried out ex...

The fight is incessant.

One problem with the negative reports that needs to be addressed is the excessive cherry picking.

The escalation rhetoric needs to be directly addressed. I’d like to see more than just statements like this. 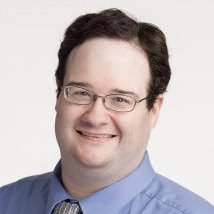 @ASFleischman @katrosenfield There's some evidence the same holds true of pornography. The escalation theory of violent acts is so flawed even the Supreme Court (not exactly libertines themselves) has said "whoa, whoa, guys, actually point to the evidence connecting the two"

I forgot to leave this link. Of course, Dr. Cantor nails it. So, what does this all mean? Is sexual freedom in trouble?

Yes, there is quite a fight to be waged or they’ll win by default.

Any suggestions on how to address the escalation rhetoric?

If escalation was as worthy of concern as prohibitionists claim, they could reason that nylon commercials and lingerie shops should all be prohibited. I see ankles; now, I want to see knees. Bathing suits could be outlawed.

Also, the escalation rhetoric mitigates blame of an offender. Such reasoning could be used to place partial blame on how the victim was dressed because of the emphasis on provocation.

Speculating that the escalation rhetoric were true, one has to wonder what the starting point is and whether such includes the ankles, knees or bathing suit attire. Considering escalation rhetoric, one might wonder how humanity handles any liberties at all. The rhetoric assumes folks won’t regard the law as a deterrence and that folks won’t feel regard for the well being of others enough to regulate.

We need for someone to publish an article that addresses the absurdities of the escalation rhetoric.

We mention this example in our blog post about purity policing in fandom, which is out tomorrow! Keep an eye out for it.

But, the problem is that there’s like NO lawmakers that are willing to defend us, because they don’t want to look bad for defending “dirty” things. This is why FOSTA/SESTA passed almost unanimously.

The common mistake “sex is dirty and shameful” has plagued the society too long. People are taught that and avoid discussing even when the situation goes severe. They should know that “policies and laws about sex” are not “details of how to sex”, and only the latter are possible (not absolute, just possible) to be sexual harassment. If not enough lawmakers wake up soon enough, the disaster will cost our liberty and even the future of real children.

This is why i have such high hopes for generation Z

Tumblr stopped having freedom of speech and freedom of artistic expression ever since it’s been bought by anti-intellectual corporate dictatorship. Now, it’s just a platform to benefit the echo chambers of the corporate dictators who control it. Which is why intellectuals who promote freedom of speech and freedom of artistic expressions are trying to look for alternatives to Tumblr. Sex workers are workers, so why is their sexual activities that are done professionally considered Not Safe For Work on Tumblr even though sex work is sex work? Because societies with political agendas make pornography and sex workers look taboo despite that pornography can be considered a profession that gets people paid and/or makes them feel more comfortable about their own sexuality and their own bodies. Females don’t really have power if they can’t show their boobs when males can show their manboobs. Female boobs are not genitals. So, women’s boobs aren’t inherently sexual. The online world doesn’t censor boobs from other species, but the online world censors women’s boobs. Humans are pathetically weak cowards if they can’t handle women’s boobs being publicly shown when other species can handle female boobs without disgust. Females don’t really have power if they can’t show their sexuality comfortably. Non-human species are less insecure about expressing their sexuality than humans, which is saddening to me. Females don’t really have power to show their full artistic expression, opinions, bodies, and other things on Tumblr anymore. Which is saddening to me. Males can show their nipples on Tumblr, but females can’t. It means that Tumblr’s policies promote sexism that don’t really empower females anymore because Tumblr is controlled by sexist political agendas from the corporate world. Tumblr is starting to look like the medieval times where sex and brutal honesty are rejected. It’s starting to make Tumblr look excessively wholesome to the point where it makes Tumblr look unrealistic. Censorship won’t nurture intellectual growth. It’ll just nurture echo chambers and political agendas.

The people who are causing war on pornography usually don’t live happy lives and want to ruin people’s sexual experiences because they don’t want other people to be happy because they’re not happy themselves. A reason why America has poor sex education is because America would glorify violence because of its terroristic military culture rather than glorify lovemaking. I bet that there are American politicians who say they are conservative and other things to make them have a seemingly “good” reputation for political power and political influence, but they have discreet extramarital affairs with prostitutes and porn stars that are silenced with bribes. Not that I’m saying prostitutes and porn stars are bad people just because they promote sex and/or pornography. Pornography is used for females, males, and the transgender community to express themselves sexually. Sometimes there are people who use pornography to express themselves artistically because they want to experiment in their personal lives to figure out who they are personally. War on pornography means war on artistic expression, sexual expression, intellectual pursuits, freedom, opportunities, happiness, and pornography. There has been a decrease in freedom and opportunities in the U.S. because of internet censorship, online surveillance, social media apps that have become privacy nightmares because they want to track people’s personal lives by using their phone numbers, Windows 10 that is a privacy nightmare and a horrible operating system that isn’t user-friendly compared to Windows 7, internet browsers that became privacy nightmares (especially if internet browser companies such as Mozilla are headquartered in the U.S. that could make the U.S. government give those American internet browser companies gag orders to spy on people), financial inequality, poor education systems with a lack of proper sex education to prepare people for sex, average Americans getting behind in mathematics and science due to the increasing inequality between the rich and poor people, and so forth. Average Americans have started to look less happy, less healthy, less open-minded, poorly educated about sex and many other things, brainwashed by the media, hateful, and increasingly violent. Average Americans are out of control and don’t know how to approach sex properly because they are depressed, brainwashed, and/or don’t want people to be happy in their sexual lives because they’re bullies.

Tumblr did that because Apple told them to.

Tumblr went from being worth a billion to being worth millions and lost a third of their traffic thanks to Apple’s idiocy. The current owners of Tumblr even say it was Apple.