This shameful liaison does not deserve prison

Wasn’t sure if this went into this section or the CSA prevention section, so I opted for here.

Anyway, I stumbled on this news article from 12 years ago, in which the Guardian thinks that the sexual abuse of young boys is a “trivial thing,” more or less.

This shameful liaison does not deserve prison | Barbara Ellen

Barbara Ellen: Madeleine Martin, the teacher, came across as more pathetic than predatory

The issue shouldn’t be taken lightly. All teachers, male and female, are in a position of trust and should not abuse it, though reading of Martin and the boy having sex in car parks, of her buying him mobile phones and tattoos with her name on “so he wouldn’t forget her”, of her failing marriage and terminally ill sister, Martin seems more pathetic than predatory.

Certainly, she has been severely punished for her nine-day tryst with the teenager, who, his mother says, has been mocked by peers. If anything, one would have thought they might be jealous. The internet is awash with sites dealing with “older woman teacher-pupil” fantasies. And there lies the rub – should the law be treating male and female pupil victims equally when male and female teenagers are so different?

Whether we like it or not, secondary schools are hubs of teenage sexuality. However, while girl and boy teenagers deserve the same protection, crucially what they want seems very different.

If you go back far enough, many news outlets have some very sketchy stuff regarding CSA. That being said, 2009 is absurdly recent for shit like that. Unfortunately, society seems to have overcorrected and gone full-on moral panic rather than “CSA is wrong we should study how to prevent it.”

One of the biggest issues with stuff like this (mainly the idea that all boys want sex) was how it led people to overlook male victims of child sexual abuse. The impacts of that are ongoing, and I know several male survivors who struggle with severe mental health issues because there was very limited support for people like them when they disclosed their abuse. Thankfully that’s changing, but it’s still a real issue that needs to be addressed (and one of the reasons why I tend to dislike gender-centered approaches to prevention).

This part irks me. It’s rape if it’s between an adult man and a young girl, but not if it’s the other way around?

The male teen wasn’t legally able to consent. Downplaying the severity of an issue like this tends to do harm to actual victims.

It’s also a known issue that boys face a number of unique barriers to disclosing abuse, some of them related to fears that people will react dismissively. For reference: Sexually exploited boys can find it more difficult to disclose their abuse if they hold to ridigdly defined notions of masculinity. Sexually exploited boys often don't come forward to disclose sexual abuse because of barriers that make this difficult. Read how these can be overcome.

It’s rape if it’s between an adult man and a young girl, but not if it’s the other way around?

Ah, but you see, when a woman sexually abuses a child, she does it in a way that makes the victim feel valued and appreciated.

Ah, but you see, when a woman sexually abuses a child, she does it in a way that makes the victim feel valued and appreciated.

I do hope that is sarcastic. Women can, and have, done as much damage as men. There is no double standard in CSA.

It bothers me when the “women can’t be abusers” myth is taken at face value by the legal system. The trauma suffered by a juvenile victim can be just as severe when the perpetrator is a woman, just so as if it were a man.

I know from experience, sadly…

oh…was about to get riled up. Then saw that on the website it says"This article is more than 12 years old"

The internet is awash with sites dealing with “older woman teacher-pupil” fantasies.

I do hope that is sarcastic.

I thought so. But to be honest, when I was an adolescent, if a woman had invited me to partake of the delights of sex, I would have dived in whole heartedly. And if told of the horrors that would potentially occur later, I would have laughed. Teenage boys are often just hormones with legs. For the rest of you who don’t get it yet, THIS IS WHY THERE IS AN AGE OF CONSENT. And why Prostasia believes in following that.

Yeah, it’s always the adult’s responsibility to not engage in sexual contact, regardless of what the child wants or claims to want.

This is another reason why the one size fits all approach and mandatory sentencing guidelines are so dangerous. It may not have been right or legal, but when I was 16, my girlfriend was 21. One thing our relationship wasn’t is abusive in any form or fashion, and calling it abuse kind of makes a mockery of real sexual abuse.
In the end, our parents split us up but without getting police involved. I spiraled into deep depression and heavy drug use for years after that, having never found love like that again. I am over it now but I know my life would have been better with her. Had the role of our physical sexes been reversed, I don’t see why I would feel any differently.
This is just my own teenage account and I am not promoting or legitimizing adult / underage relationships by stating it.

This is satire, right? Please tell me it’s satire

This isn’t the first time the Guardian have pulled this crap, though. 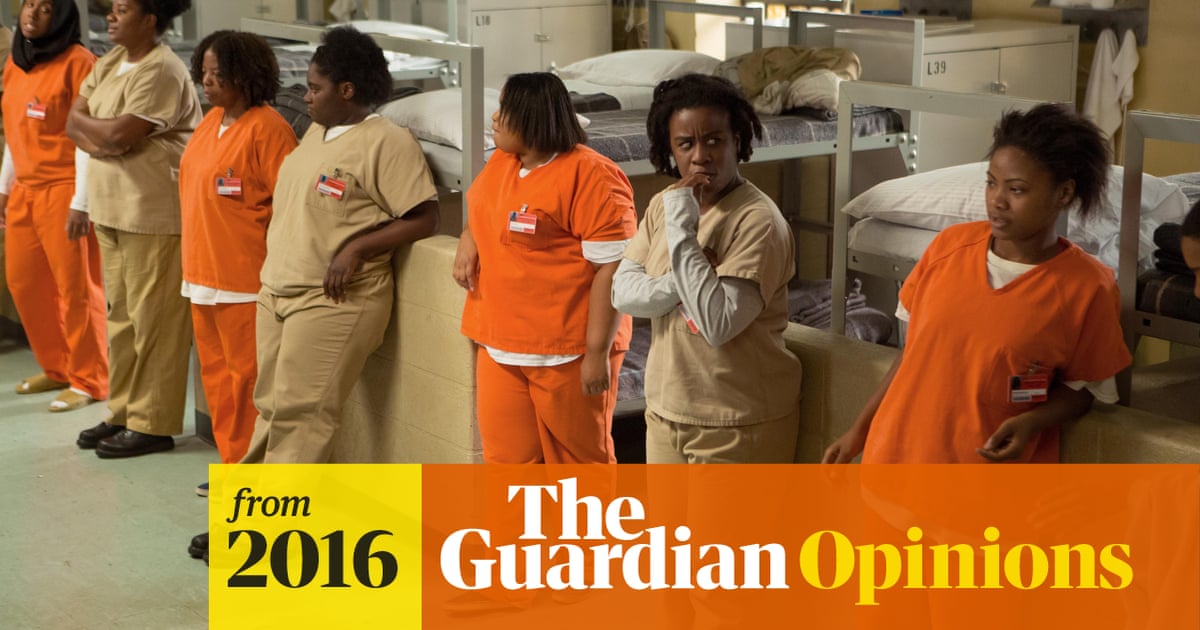 Why we should close women's prisons and treat their crimes more fairly |...

This article is why I stopped reading the Guardian.