What Are The Limits of Violence in Video Games? 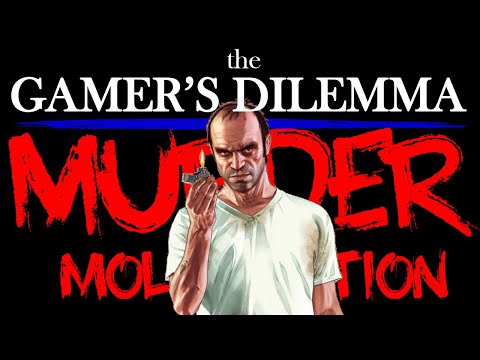 None. At no point does performing fictional violence against fictional individuals become a moral transgression.

He has a really strange point about fictional actions being “too aggressive” thereby entering the territory of genuine wrongdoing. He gives an example of killing NPC’s in GTA as being acceptable, and so I presume that falls below his threshold of “aggression” which mind you has hasn’t elaborate upon yet. And he gives raping a woman in the game “Rapeplay” as crossing that said threshold… But he just sort of baldly asserts this.

Is it not possible for the real individual engaging in both games to be a state of equal aggression? Or perhaps conversely in state of equal calm and serenity? Even actions in the real world do not necessarily the require to be in specific state of mind. Your average person might be hopped up on anger, resentment, and adrenaline when commiting murder - but a serial killer may well do it with the casualness that you or I have getting a cup of coffee. This being the case, I fail to see how the point about different levels of player “aggression” amounts to anything more than idle speculation. More than this however, I don’t understand why aggression is even a relevant factor in shifting the balance of morality culpability. Aggressively doing an otherwise amoral act, such as… making waffles, has no bearing on the morality of the action in either direction.

If he is instead talking about the implied “aggressiveness” of the character in the context of their respective fiction, then this becomes even more bizarre. By what process do you conclude that one character is in a more “aggressive” state of mind than another? does GTA have a canon you can reference for any given action that you undertake in it? Does "Rapeplay? And even if we are to simply assume that the characters state of mind would be comparable to that of a person commiting said act in the real world, what makes raping a woman a more “aggressive” act than murdering a pedestrian in cold blood for ones amusement? Given that cold blooded murder is usually regarded as a more depraved act than rape, it would seem the opposite would be true if we were to make that assumption.

The video had some decent points about the so called “magic circle of fiction”. But the aforementioned arguments made just don’t hold under any scrutiny. The creator did address and clarify certain points in the comments which he could of and probably should in the video itself… given it was 30mins long

Well said. I never stated to agree with his conclusions, only that they were “interesting”; as in “generates discussion”.