What does everyone think of this old blog?

His arguments boil down to “I think virtual porn is obscene, and I don’t support it because it objectifies children”.
Notice the obscuring language: “it objectifies children”. What children? Real, or virtual? Who exactly is getting objectified? Why is objectification of virtual children an issue? They are objects by definition as they are not real! Does it objectify children in the abstract? What would that even mean? An abstraction is just that, an abstraction, an idea, and there is nothing wrong with objectifying an abstraction. Does it objectify any real kids? No, because by definition virtual MAP material does not involve real people, and therefore it’s not wrong to objectify the characters depicted as they are just characters, not real people.

Given this, what is really the problem with objectification of virtual, imaginary children? I hope these questions dissolve the whole “it objectifies the children” argument, as it makes no sense in the context of fictional content, as it involves objects by definition.

I guess I feel the same way a movie buff would feel about coming to the defense of someone who imported a snuff film from the Philippines. Just because the two share an interest in works created through the medium of film doesn’t mean the two are alike.

First off, WOW. Comparing Handley’s lolicon manga and a fucking snuff film is inexcusably irresponsible! BTW, funny that he specifically brings up the Philippines. Is that a racist stereotype, or is he just psychically foreshadowing the infamous Peter Scully (who was apprehended in 2015 and whom we’ve talked about before on this forum)?

I’m a big believer in free speech and the First Amendment, I just don’t think images showing young children being sodomized is something comic book fans should feel an obligation to defend. I don’t have anything against pornography, or a person’s right to make it, own it, view it, or sell it. I really don’t. I just draw the line when it comes to pornography that objectifies children as sexual objects. Do I think that the First Amendment gives pedophiles the right to procure images of children being anally penetrated by adults? No, I sure don’t. That doesn’t make me a bad person. Really.

It’s a fucking comic, numbnuts. NOBODY’S actually getting sodomized (except maybe you, cuz you seem to have a massive stick up your ass)! “Doesn’t make me a bad person” fuck on outta here…

The Punisher violently murdering criminals is lines on paper, but I don’t see anybody going out en masse and shooting up drug deals. Fiction doesn’t effect reality like that. Otherwise, we’d have wannabe Caped Crusaders all over the map! “Ceci n’est pas une pipe!”

And that last bit about how “lines on paper” somehow devalues the comic/graphic novel medium… I don’t even know what to say to such nonsense. Video games are just pixels on a screen, but Goddamn if certain story-driven games didn’t make me cry like a baby! Telltale’s The Walking Dead, man. Now THAT’S a video game designed to hurt you on an emotional level…

Yes, it IS in fact just pixels on a screen and lines on paper, but those stories still MEAN something to us. But no matter how serious or sad a story is, it’s still fiction. I’m bawling my eyes out at sad movies and games, but they’re still just that: movies and games. And thinking they’re gonna have a 1-to-1 effect on reality is foolish. A character I’m attached to dying is NOT the same as a real person in my life passing away, and they never will be quite the same. Only people who have no strong IRL attachments or those who emotionally cannot distinguish between fictional characters and real people would struggle with this.

While that blog article was posted on December 21, 2008, it’s not the only one on the blog that mentions lolicon/shotacon.

The person says this:

I find it hard to believe that images — created with a pencil or a camera — depicting children being brutally sodomized by adults wouldn’t meet the burden set forth in all three parts of the Miller test.

I just do not understand that line of thinking.

The person says this:

It is important to note that Dwight Whorley had previously been convicted for possessing actual CSAM.

This blog poster is like those people who say that animated child pornography is used to groom children.

Good God, this guy’s a clown. “I just do not understand that line of thinking.” Just… what? What’s not to understand? This guy legitimately can’t distinguish between filming a child being sexually abused and drawing lolicon! And that comment about Whorley; my guy, I sincerely doubt he believes that lolicon and CSAM are the same: he just happens to like both. Most lolicons are NOT CSAM-viewers, but plenty of CSAM-collectors happen to also collect lolicon. I guarantee you that the two groups can distinguish between them just fine. Is that such a difficult concept to wrap your head around? Frankly, Lizard’s the one who thinks loli and CSAM are the same thing! Unbelievable… This guy is FACTUALLY and LEGALLY incorrect. The obscenity doctrine has no value, it punishes people for nothing, it is no different than blaspheming somebody’s God.

The ignorance, the hypocrisy, the abject failure to recognize and appreciate the very real and inherent threat to the freedoms we all enjoy.
You don’t need to agree with its message, or agree with the types of people who consume it, but you do need to understand that the logic used to justify not protecting it must be sound and irrefutable, because if that logic isn’t sound, then it will corrode the concept to the point where it no longer represents “free speech”.

Yes, there are other exceptions to the First Amendment, but those exceptions are rational limited in their scope and justified by their focus on an objective harm.

Virtual child pornography harms no one. “Obscene” speech harms no one. To equate the CP/CSAM exception with the obscenity doctrine is an astounding and repugnant demonstration of ignorance, both in a legal sense and a rational sense. You can’t equate the discomfort one feels for seeing an icky or controversial subject matter be discussed, described, or depicted a certain way to the empathy and concern felt for child victims of sexual exploitation.
The former is a matter of opinion, of emotion, the latter being reasoned.

Ashcroft v. Free Speech Coalition (2002)
https://www.law.cornell.edu/supct/html/00-795.ZO.html
By prohibiting child pornography that does not depict an actual child, the statute goes beyond New York v. Ferber, 458 U.S. 747 (1982), which distinguished child pornography from other sexually explicit speech because of the State’s interest in protecting the children exploited by the production process. See id., at 758. As a general rule, pornography can be banned only if obscene, but under Ferber, pornography showing minors can be proscribed whether or not the images are obscene under the definition set forth in Miller v. California, 413 U.S. 15 (1973). Ferber recognized that “[t]he Miller standard, like all general definitions of what may be banned as obscene, does not reflect the State’s particular and more compelling interest in prosecuting those who promote the sexual exploitation of children.” 458 U.S., at 761.

US v. Williams (2008)
UNITED STATES v. WILLIAMS
But an offer to provide or request to receive virtual child pornography is not prohibited by the statute. A crime is committed only when the speaker believes or intends the listener to believe that the subject of the proposed transaction depicts real children. It is simply not true that this means “a protected category of expression [will] inevitably be suppressed,” post,at 13. Simulated child pornography will be as available as ever, so long as it is offered and sought as such, and not as real child pornography.

As I pointed out above, this paragraph here is all you need to read to realize how monstrously ignorant and downright stupid these people are:

I guess I feel the same way a movie buff would feel about coming to the defense of someone who imported a snuff film from the Philippines. Just because the two share an interest in works created through the medium of film doesn’t mean the two are alike.

And they say WE are the ones who can’t tell the difference between real and fake! I know I’m just a broken record at this point, but it bears repeating. It needs to be hammered in until folks finally get how insane they sound when they say shit that amounts to “snuff and loli are basically the same, obviously!”

This guy is FACTUALLY and LEGALLY incorrect. The obscenity doctrine has no value, it punishes people for nothing, it is no different than blaspheming somebody’s God. 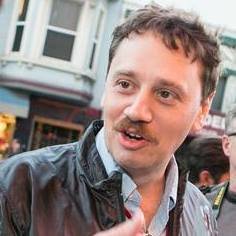 @mikestabile
"While obscenity is not afforded First Amendment protection, the bar for what actually amounts to obscenity is incredibly high—something [Senator] Lee hopes to change." reason.com/2022/12/20/sen… via @reason
3 Likes
Pseudo_53 December 24, 2022, 3:55pm #8

But this is all a completely separate discussion from whether or not it should be the role of the state to enforce your preferences on others with criminal law. The truthful to this question that individuals like should give is, “only if it’s my own preferences, otherwise it’s tyrannical and fascist ”

I doubt this will pass. And if it does and a case reaches SCOTUS I am sure it will be struck down. Even conservative justices dislike anything deviating from Miller, whether to make Miller less prohibitive or more prohibitive. They want to keep it as it is.

The NBC12 article is a classic. There is also the FBI newsletter of how Whorley was caught. Those are timeless pieces of bullshit writing.