Scrolling through the old posts, I noticed that they were a lot of right wing ANTI’s who would start threads where they would go on to argue (very poorly) argue their positions. They inevitably stopped posting once all their arguments were completely thoroughly dismantled but at least they made a try of it.

And a lot of them strangely enough seem to unabashedly QANON as well. It seems there was some kind of QANON brigade here a few months ago.

What surprised me was that I literally couldn’t find a single example of a left wing anti starting a thread or even engaging here in any sort of discussion.

With the shoe0nhead nonsense, and the criticism of Prostasia following the removal of Dr Allyn Walker. It seems that those of the left would much rather just make terrible factually incorrect content and circlejerk around it as opposed to leaving their echo chamber and engaging in discussion here (a forum where anyone can join).

Is this a cultural divide here? Are left wingers just more self-assured? Self righteous maybe? Is argumentation old fashioned now?

And I say this as someone who is staunchly left wing myself.

The dynamic here of right/left wing opposition on this forum is super counterintuitive.

No offense, but in my experience left-wing people don’t like to argue, probably because they don’t like confrontation. They’re usually noisy, but they make this noise on their side of the bubble.

Ergo the ban-happy Reddit and Reset Era mods, as shown in this video: 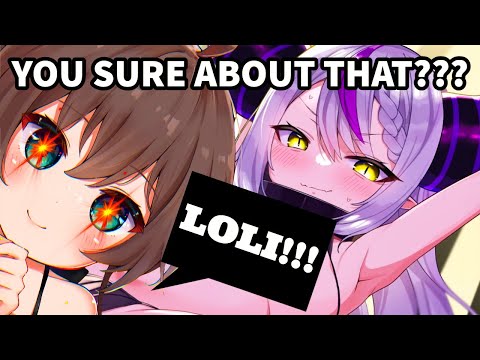 They apparently think that they can gatekeep Hololive. I say that we gatekeep them. No turning the other cheek. Respond only in ways that Leonidas I and Vlad III would.

Loli will become more acceptable when the current generation takes over politics, or when more studies were done on this (more likely to be done on realistic material, so this will take a while).

I think the hate towards lolis is also fueled by the laws in many countries that do criminalize it. If places like Canada and UK treat it like the real deal then I wouldn’t expect anyone to feel comfortable with this type of art.

It’s shocking how disconnected politicians are. If they knew how accessible it is then who knows what might happen. So, yeah people living in UK/CA seeing loli is probably making them panic, because of their shitty laws.

Like I said, not 1 witch should burn for any number of villagers to sleep more peacefully at night. For those types of peasants, who insist on burning witches, there’s only 1 type of peaceful rest that they deserve.

It’s a pretty obscure little corner on the net, honestly it just seems twitter and similar social media sites is where left wing ANTI’s prefer to hang out cause they are everywhere on those sites.

Japan twitter they are rampant, especially as of late and with current events going on there. I have already seen western twitter accounts use the antics of the JCP to make the argument Japan hates/bans loli as well.

So they’re literally employing dishonest, propaganda-style tactics to try and impose their arbitrary tastes, their scientifically unfounded fears, and their unjustified mores on a foreign culture to make it more easily conform to them?

I trust they’re not very well-liked, right?
Vultures like that genuinely disturb me because they paint a very nasty image of how intolerant and idealistic Westerners are.

While rightwingers may stubbornly disagree or disbelieve you, it seems that leftwingers don’t even make strawmen. They just ignore your words completely and “respond” to what they think you wrote. For example, this Bob Jones nutbar: COVID-19 infections rise in UK despite high vaccination rate l GMA - YouTube He seems to imply that the only people who refuse to get the CCP virus jab are “Republican Trumpsturds”.

When I provide a short list of people who probably didn’t vote for Trump, such as BLM of Greater New York and all the Hispanic workers whose unemployment documents that I process for work, he didn’t respond that he didn’t believe me or that my sources were inaccurate, so he just continued talking about people dying from not getting the jab even making delusional remarks that I agreed with him (I actually did not touch on the deaths at all; I just listed people who likely did not vote for Trump). They also seem to be the sort to upvote their own comments, making their input even less valid.

So, yeah people living in UK/CA seeing loli is probably making them panic, because of their shitty laws.

At this point in time a certain prince who is/was friends with Epstein is accused of having sex with minors, but nothing will be done about them because apparently that’s okay…

“This site has been blocked, because it contains CSAM
Why? to protect the dignity of the victims depicted in the images”

Ah yes the dignity of non-existant unrealistic beings. Hard to take them serious when they produced Cuties.

I went on british twitter just to see how it is and it really shows how laws and media can alter peoples opinion on things.

People were celebrating that a student was put on the sex offender registry for googling “loli” on the school network.

I also visited the database and they keep describing the offenders as “pedophiles”. They even have a list of “pedophile hunters”.

You could also search terms and there was one case this year where a 70 year old only had Manga and he got two years on probation and a mandatory 35 day therapy session. Judge said because he “built a sick collection over the years”.

Just my two cents, but I disagree about this whole discussion. The topic of CSA shouldn’t be involved in politics. That seems to be the trend this year, issues about public health (covid-19) and safety are being argued about on political forums. And to this day, I can’t make sense of it because politicians don’t care what happens to any of us. They only care about kids when it comes to furthering their own agenda. On a personal level (safety, rights, welfare), they’re not interested. If something is on the ballot that has an issue loosely associated with kids, they’ll support it only because they want their name out there. Dubya was infamously good at doing that and we had to put up with it for 8 years, I can honestly say that no good came from any of it.

It really depends. There were many politicians and lawyers, experts actively defending CLSD here. Every expert was against the ban, but more politicians were for it.

Politicians are a mirror of society. If they act as you describe them then your society is part of the problem as well, because logically a politician will try to get as much approval as possible, so they target the majority. It either requires an honest politician, or society needs to pressure them.

They wanted to push a law here to “protect kids”, but to their surprise the majority was against it.

Unfortunately, that’s what people think. Didn’t take the jab? You’re instantly a, as the “gentleman” Bob Jones says so eloquently, a “Trump’s turd”.

Vaxxers vs. Anti-Vaxxers is super bad here. It’s hilarious to be honest, because there is so much drama going on. I think Germany has one of the lowest vaccination rates in the EU. 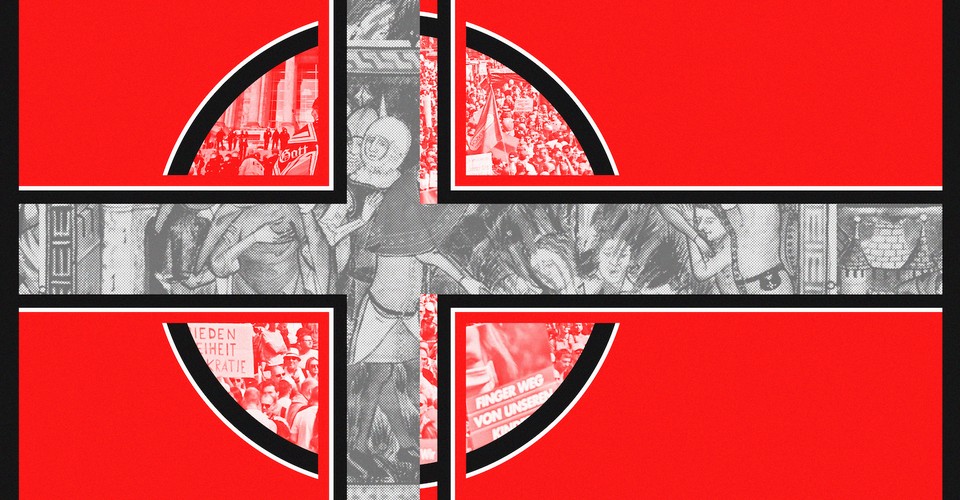 It’s easy to fasten villain hats on people when you compare them to Nazis.

Everyone gets compared to Nazis. The ones who start to squirm are the ones where the comparison is getting too close for comfort.

Meanwhile, I got that certain body pillow that I’ve posted/mentioned several times before here AKA those… body motions aren’t squirming, if you know what I mean.

I had one too, but print quality was garbage. I found a german bodypillow company that produces their own pillows and covers and also accepts custom prints.

They sell lewd covers too and also accept lolis. They say it’s art. Hard to disagree with that one.

Saw their logo on one of Melonpans videos, so they already have a loyal customer.

I haven’t bought any dakis in a while, even though I’ve got a few earmarked as “I must have this!”