Why your stance on abortion is wrong

Originally published at: Why your stance on abortion is wrong - Prostasia Foundation

Abortion is a divisive, traumatizing topic for many people and in light of the bombshell Supreme Court decision, it’s easy to lament or celebrate depending on which side you’re on. Neither approach serves humanity’s best interests because neither reaction is going to help humanity, and helping humanity is vital if we’re going to prevent horrific,…

I’m aiming it at two different demographics, one of whom is likely to read it to find things to criticize Prostasia for.

I’m not even focusing on abortion. There’s a reason why the US is called the United States, rather than the Republic or whatever. Federal powers should be kept at the minimum outlined in the Constitution. Everything else should be left up to the individual States. So pro-life or pro-choice in terms of abortion is simply irrelevant.

Civil disobedience. A lot of people seem to forget that first word when they burn or loot, and no, just because they are pitiable, or marginalized, or a minority, or whatever, doesn’t justify those actions. As someone who was robbed, sorry, not sorry, about not being sorry about the sob story that the burglar may or may not have.

If we actually provided what people need to survive they wouldn’t need to rob, loot, and burn. But we don’t even give people those basic needs, exasperating harms. Quite honestly - and call me a jerk if you’d like - but when we’ve ostracized and before that outright enslaved people, I think a little looting and burning out of frustration over not being heard is cause and effect. If we can’t listen to people to the point where they feel so desperate they do these things, well, what else do we expect?

It’s also worth remembering that it was cops that started that shit in the first place, shooting rubber bullets and tear gas at seated protesters, not arresting cops for something that’s blatantly murder, instigating upset and angry people instead of hearing them out… we have police that are super willing to use so-called “nonlethal force” on Black Lives Matter protesters but then sit and do jack all about fascist Proud Boys and Oath Keepers. I’m not going to hold individualized violent acts against an entire group of people that are quite obviously being systemically oppressed.

As for states having the freedom to do what they want? I don’t think that applies to harmful policies, sorry. 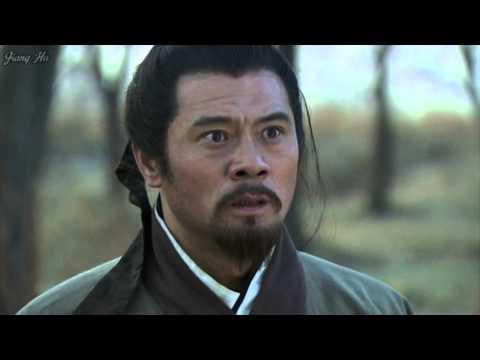 A lot of people seem to forget that first word when they burn or loot, and no, just because they are pitiable, or marginalized, or a minority, or whatever, doesn’t justify those actions.

I believe a lot of people just hop on some bandwagon in order to do those kinds of actions.

They don’t care about the cause. They’re just looking for an excuse to loot stuff.

I know. There was a scene in Souten Kouro where Cao Cao’s forces saw a group of Yellow Turbans raping and pillaging a commoner village. Most of Cao Cao’s men expressed disgust at the rebel scum. However, Cao Cao said that the real rebels AKA the ones who actually believe in their cause are the ones marching on the capital, while these are just opportunists who just happen to wear the telltale yellow durags.

1 is nothing more than a straw man. I’ll spare you that when history doesn’t matter anymore, which is never. The rest isn’t worth addressing, LLL1. Racism and systemic racism is real and people still feel the pains from stuff that’s happened mere decades ago. Ignoring that pain is not the way to move forward.

I fundamentally agree, but being responsible for making the world a better place and being held personally responsible for ancestral transgressions are two very different things.

The people living today have a responsibility to learn from the past and avoid making the same mistakes in the future. We emphasize the horrors of slavery, imperialism, bigotry, war, etc., because we see how it continues to affect us to this day. For the sake of all humanity, we must be the best we can be. We must be educated in both history and science to avoid the pitfalls of ignorance and malpractice.

What I take umbrage with is when people come at me and talk to me like I personally owned slaves or committed genocide. This “sins of the father” junk is nonsense and counterproductive. It’s when people try to make me feel “white guilt” and shame me for my race then I start to tune people out.

It’s ironic, because I’m not fully white! I’m only 3/4 white (German, Irish, Scottish, Sicilian, Welsh, etc.). My grandmother on my mother’s side is a North Korean refugee! Her family lived through the WW2 era Japanese colonial period, so my ancestors know very well the horrors of slavery and racism. Should Japan make efforts to educate people on Japan gruesome war crimes (sexual slavery, human experimentation, genocide, etc.)? Obviously! Should historical revisionism in Japan (and everywhere else) get called out? Absolutely!

Should each and every individual Japanese person be shamed into submission for their grandparents’ sins? No!!! Should every Hutu in existence be talked of as an accessory to the Rwandan genocide? Heck no!!! Should future generations of Russians be personally ashamed of the Ukraine invasion? Hell no!!! But lots of gung-ho people wanna act like entire races/ethnicities/tribes/nations/etc. are monoliths who all support horrible things in equal measure across time and space. And that’s ridiculous!

The social and economic ramifications of past horrors that continue to haunt us to this day MUST be addressed. But NOBODY, especially children, should be made to feel like a bad person just cuz of their skin color. Literally had a white classmate back in middle school who suffered from this. When we watched stuff about slavery, he’d call himself a horrible person. It’s awful that’s the message he got from his education! And wasn’t there this white college professor a while back who straight-up committed suicide, leaving behind a wife and child, his suicide note explicitly stating his reason for doing so was because “white people are evil”? I understand that these extreme cases of white guilt are likely uncommon, but it’s still deeply disturbing to me that anybody could feel this way just because of their skin color…

Like I said, if you talk about inherited sin, you no longer have the right to complain about Christians talking about original sin, unless you’re OK with being a hypocrite. Fuck, I’m the grandson of a CCP member, and my best friend is the grandson of a Wehrmacht soldier. We just laugh about the coincidence that we befriended each other. Guilt? What is that? A foreign concept to me.