It is beyond an abomination that this is allowed to persist.

I am glad that you posted this, because it just goes to show the depths to which some people will sink in pushing fear-based messages. The Stop Abuse Campaign claims that a sex doll was crafted in the image of a real child, based on photos of that child taken from social media.

But in fact we have proof that the opposite is the case: the girl’s mother trawled through a sex doll vendor’s website to find a sex doll that somewhat resembled her child, then styled the child in a similar outfit and pose, and took a photo of her child to use in support of a false claim that the sex doll had been modelled on her child. This was an exploitative act that should be condemned.

For those who oppose the therapeutic use of sex dolls, we have a challenge: rather than supporting fraudulent campaigns of fear, help us to fund research to find out whether these dolls actually have the harmful effects that you fear. 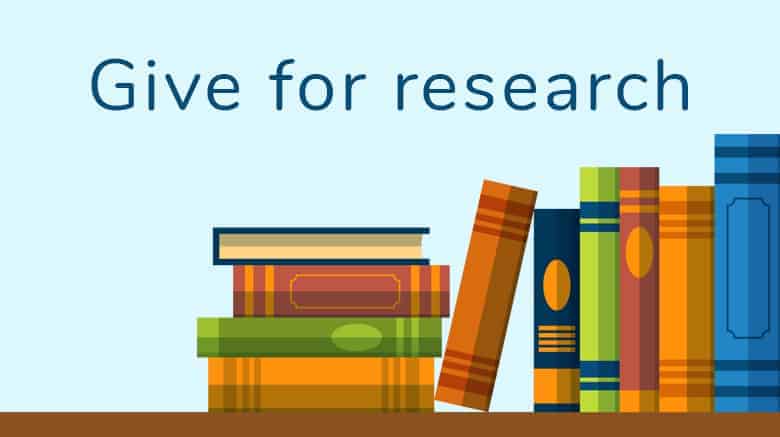 Does fantasy cause or prevent offending? - Prostasia Foundation

That doll story is believed to be falsified. I took it upon myself to investigate it since it seems highly unlikely that a Chinese love doll company would source marketing material from some random little girl from Florida, whose imagery was only circulated via private facebook groups.

I found that the doll listings in question had been on the internet since August of 2019, and the doll design (the face, body type, etc) is a standard factory-default facial and body template that’s been on the market since 2013.
I firmly believe that the woman in the story falsified the story about her daughter because “StopItNow!” or whomever represented them, wanted to manufacture a “real” element by which they could rile prohibition of love dolls. This is criminal, and the fact that they would exploit the likeness of a child to push a bogus socio-political narrative is just as immoral as the story they pushed. It’s shameful and disgusting that people would go to such lengths to eradicate sex toys they simply don’t agree with from the market.

There is virtually ZERO evidence that she falsified by making her child dress up like the doll. How do you know the purchasers didn’t buy the doll and dress it up like the child?

Are you stupid or can you just not read? Simply use your brain. In the news article, they mention the origins of the alleged “Kat” image. They admit that the little girl was a child model whose works were privately circulated in closed-off Facebook groups. I even tried looking up a portfolio of “Kat”, and found none. That in and of itself should bring about suspicion, but I digress.
Your refusal to ingest facts does not make them any less true.

I’m not going to link to any websites advertising or depicting sexually suggestive imagery on a professional forum.
If you want to know my methodology, simply reverse-image-search the images provided by the news media of the doll and try to find listings. I found a Facebook page advertising the company that made the doll with the very same image from the Amazon listing, and it was dated from August 2019. I found that exact same image used in other listings on other social media (Twitter, Baidu, etc) and they were all as early as January of 2019.

All of this information, combined with the vague, questionable information provided by the campaign and their representatives, in addition to the news articles covered by the local Florida NBC affiliate, it becomes increasingly difficult to take this information on good faith. Why would you establish a commercial modeling career for your daughter and not have a portfolio website? Why would you go out of your way to hide your identity in the media if your desire is to be the “poster boy” of a social movement? You can argue privacy, but I just don’t buy that. Even if you’re in favor of their prohibition, you can’t allow what is very clearly a bad-faith attempt at public manipulation to be what spearheads your goal.
I urge you to do your own research on this. It’s painfully obvious that this is a thinly veiled vehicle to incite public fervor over an already-unpopular subject matter and boogeyman.

It DEFINATELY has to be banned. No questions about that! It’s heinous that these child s*x abuse dolls are even allowed to exist! HOW IS A CHILD “PROTECTION” CHARITY DEFENDING THIS!!!

HOW IS A CHILD “PROTECTION” CHARITY DEFENDING THIS!!!

They could not care less about protecting children from abuse. All they care about is removing current safeguards that protect kids (under the guise that the safeguards “don’t work”) so that predators will be able to more easily prey on kids.

Prostasia published a lengthy article in response to Twitter’s new policy that forbids users from promoting pedophilia as an acceptable sexuality. Prostasia basically threw a fit because Twitter does not want child predators on its platform. Do you think Prostasia would have responded in anger if Twitter added a new guideline that said, “Condemning sexual interest in children is a form of bigotry and is not allowed”? No, of course not.

Prostasia is a child predator protection organization. Their actions speak louder than words. And their actions repeatedly show they will protect those who have the desire to sexually abuse children.

The child predators are getting upset that their little safe space is being invaded by people who don’t tolerate child exploitation.

Wonder which one of them will get locked up first.

The Prostasia Foundation is a sexual abuse prevention organization that bases its positions and arguments on valid empirical, scientific data. Pedophilia is a very sensitive type of subject matter, and it’s very important to understand the difference between a pedophile and a child predator. The DSM-5 is careful to exclude a pedophilic sexual interest and a pedophilic disorder into two different categories, one characterized by a proclivity to commit contact offenses against minors, whereas the former is regarded as a sexual interest of sexual orientation, and the latter being similar to other paraphilic disorders.
As I’ve stated before, banning or criminalizing child sex dolls will not result in the reduction or prevention of child sex abuse, however, if social science evidence is worth anything, the availability of pornography in countries has been shown to be positively and consistently correlated with the significantly reduced amount of CSA (and other sex crimes).
Please review the literature provided.

Pornography in the Czech Republic

Could legalizing pornography legal lead to lower rates of sex crimes? A new study tackles this controversial question. Results from the Czech Republic showed that rape and other sex crimes have not increased following the legalization and wide...

We work with the world’s leading experts on child sexual abuse prevention, and with leading human rights groups. We have presented at mainstream conferences like the Association for the Treatment of Sexual Abusers and RightsCon. We have a Memorandum of Understanding with Stop It Now to provide support to those at risk. And despite your own unhealthy obsession with pedophilia, most of our work doesn’t involve that topic since most child sexual abuse isn’t committed by pedophiles.

But believe what you want to believe. Tell us some more about how Satanic pedophiles are harvesting adrenochrome…

If that were the case why wouldn’t I just donate to StopItNow or whatever child protection organization you are affiliated with? Why should I donate to Prostasia over your affiliates?

Feel free to donate to whomever you want. We don’t expect anyone who has come here from QAnon to become a financial supporter. We are planning on jointly fundraising with Stop It Now to help support our prevention work.

Rape of a child rightfully carries life in prison. I believe owning these dolls should be punishable with up to 40 years in prison. There also should be a mandatory minimum of 10 years IMO.

Your opinions are wrong, and you’re wrong.

40 years in Prison over a piece of plastic…are you serious?

So by that logic, violent video games should be tantamount to murder?

So by that logic, violent video games should be tantamount to murder?

40 years in Prison over a piece of plastic…are you serious?

Way to trivialize just how serious this crime is. And yes they need to be locked up longer than most murderers. 15-20 years for murder is typical here.

No no, how? You’re arguing that acting on your own desires in a manner that doesn’t involve a victim is equivalent to the actual commission of a crime, presumably on reachy, unverified culture-based assumptions that aren’t scientifically valid, right?
I’ve heard those exact same arguments repeated verbatim in regards to violent video games and other kinds of media.

Way to trivialize just how serious this crime is.

Sexual abuse of a minor is a serious crime.
Using an anatomically correct doll, something that is very clearly NOT a minor, is not. They’re not the same. You know this.

You have no case, mate.

No no, how? You’re arguing that acting on your own desires in a manner that doesn’t involve a victim is equivalent to the actual commission of a crime, presumably on reachy, unverified culture-based assumptions that aren’t scientifically valid, right?
I’ve heard those exact same arguments repeated verbatim in regards to violent video games and other kinds of media.

RAPE of a CHILD is not fun, it’s not a fucking joke to be trivialized. This is why we do not permit “Child rape simulators”.

Sexual abuse of a minor is a serious crime.
Using an anatomically correct doll, something that is very clearly NOT a minor, is not. They’re not the same. You know this.

Rape of a child should carry the death sentence and a mandatory life without parole. It’s punishable by the death penalty in about 14 states. Using an anatomically correct doll of a LITERAL CHILD is also a serious crime. Not on par with rape of a child, but it’s still egregious and worthy of decades of incarceration in maximum/supermax prison. “Very clearly NOT a minor”. As they become realistic, it will be far less clear. Having sex with something that looks like a child needs to be treated as an extremely serious crime in order to make sure society NEVER trivializes child rape.