Originally published at: Why MAPs don't "Get help!" - Prostasia Foundation

Anyone who has discussed pedophilia or other minor attractions on social media has likely encountered the trope that individuals who are attracted to minors need to “get help”. The phrase has become a meme, littering the replies of any commentator who shares accurate information about minor attractions and the people who experience them. In most…

Anyone who has discussed pedophilia or other minor attractions on social media has likely encountered the trope that individuals who are attracted to minors need to “get help”. The phrase has become a meme, littering the replies of any commentator who shares accurate information about minor attractions and the people who experience them. In most cases, it’s insincere; a thinly-veiled attempt to undermine rational discussion by implying that the target is so deeply disturbed that any further interaction would be pointless. It’s an ad hominem, attacking someone’s perceived mental state to avoid addressing their argument, and it’s therefore often overlooked as unproductive whining. The response could then be: That last one is from: https://www.pacialife.com/post/the-mental-health-stigma-from-a-college-student-perspective

Furthermore, MAPs who know they are not at risk of offending may view prevention-focused treatment programs as irrelevant to their needs, even when such programs could further improve their wellbeing.

I’m not saying that this accurately describes my situation, but I don’t need prevention-focused treatment because such programs are irrelevant to my needs. Although, some support would be nice.

Minor MAPs who want professional support face the additional obstacle of needing parental permission (and funding) to see a therapist. As previously mentioned, disclosing attractions to family members can be dangerous for MAPs. Some parents may react in abusive or otherwise harmful ways rather than helping their children get the support they need. While this problem is not unique to MAPs, minor-attracted people do not have the backing of institutions that have been established to support members of many other marginalized groups in similar situations.

Replace the word “epilepsy” or “seizure” with “minor-attracted person” or “pedophilia” in these memes: They probably don’t make much sense, especially that last one, but I thought they were still kinda relevant. Given how many “anti-MAP” memes there are, I had to use something else.

Whether you’re a CSA survivor, minor-attracted person, mental health professional, child protection expert, or any combination of those, your voice matters in this fight. Both child abuse and mental health issues thrive when discussions about them are silenced by stigma, shame, and fear. It is only by speaking up and providing a space for others to do the same that we can bring about a better, safer world. I mean the fight against abuse and CSAM has derailed completely. It’s pretty much become a tool to limit basic rights and push an agenda. There are no increase in police enforcement rather it’s symbolic laws. Where did prevention go?

How can you publicly defend anything that is even slightly associated with it, without risking your life. Politicians who actually stick to their core values such as liberty and “no moral influence in criminal law” are getting rarer, because now with the internet any morally wrong stance is going to ruin you. It’s not about what might be good, but what sounds good. All this collateral damage alone; people who thought they’d never come into contact with laws “against” MAPs. Take the one guy from the UK who ordered a busty doll, but it was below 160cm making it illegal. Same is gonna happen with Anime on a broader scale.

This might be a good time to suggest that we change the “Get Help” link & thumbnail on Prostasia’s homepage to something like “Want Help” instead? 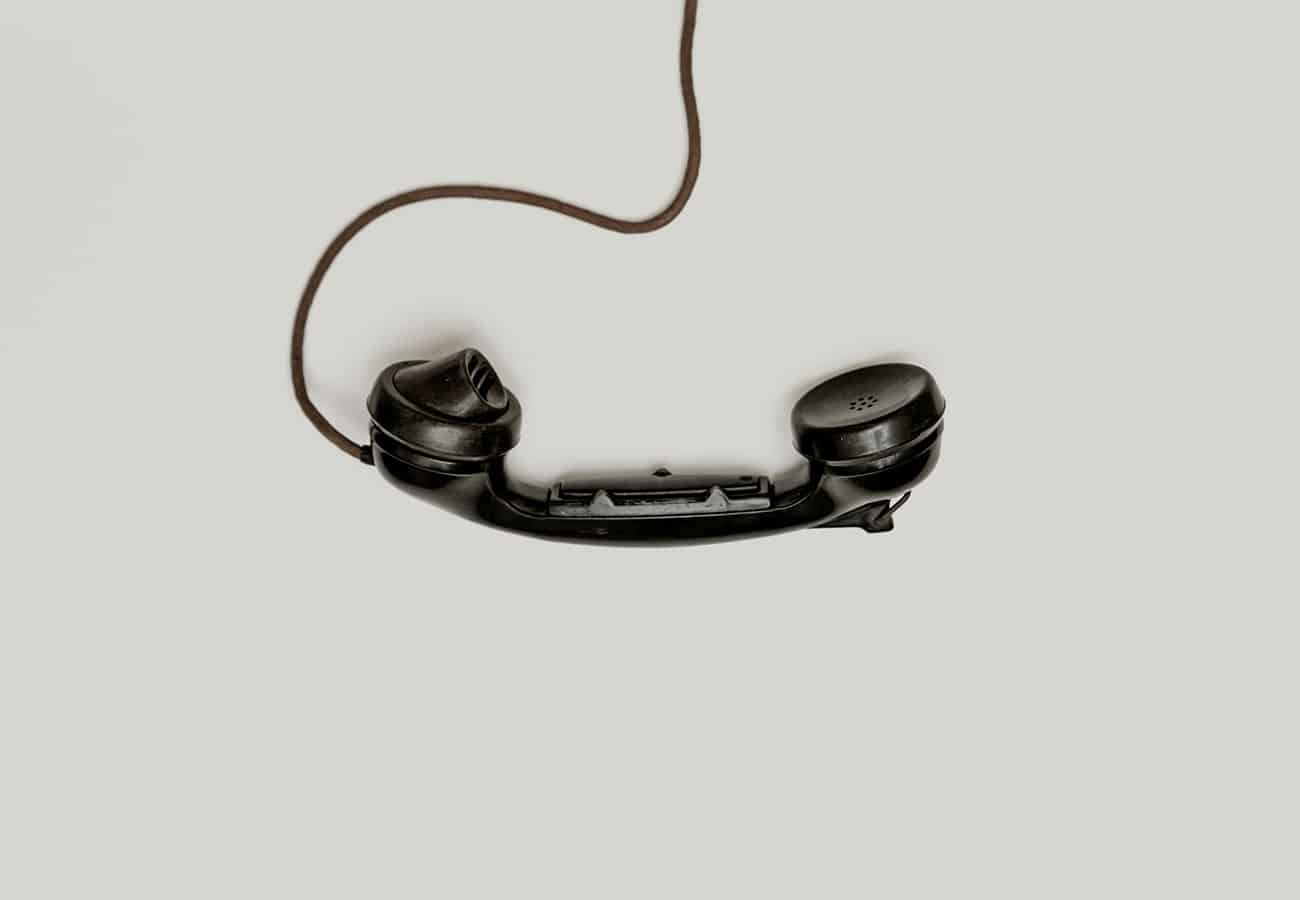 Get help for yourself or for someone else that you're concerned about.

Tbh I kinda like the fact that it rebrands the phrase to actually providing support resources. It makes it an option, rather than a command

I can see the thought process behind that, however my problem with it is that most people probably won’t click to see the options on the page so they’ll assume its a command anyway no?

Like its only a rebrand if people actually click and read it to see what it says otherwise they’ll assume the derogatory meaning which might be a little demotivating to Map’s who are new to the site and don’t need help if that makes sense? Just my opinion anyway lol

Well my assumption is that people who are looking for support would click on it, no?

By rebrand do you mean like when anti’s say “Get Help” and maybe spam the link or something, the link they’re actually sending isn’t as insulting as they think? Because they probably won’t read it and they’ll end up sending something more compassionate instead?

I think “rebrand” is probably the wrong word, so that’s my bad. I basically meant we’re showing people that the phrase can be used to represent a genuine desire to help and trying to set that as the standard for people who say it if they want to be taken seriously. “Get help” means nothing coming from people who make no effort to improve access to support.

I was more coming at it from the angle of what “first impressions” I think. Like if you always saw that phrase being used as an insult on Twitter for example then it might look bad for Prostasia to say the same phrase but I do get your point lol

Yeah, that’s fair. I think in our case, we do a pretty good job of making it clear that the intention is to help people find support rather than just tell them they need it. For example, on our homepage, the link to our “Get help” page is right next to a link to a support group for MAPs.

Meanwhile my article directly states that there are therapist listings included on that page. Plus the link we add to the bottom of MAP-related articles reads

If you or someone you know struggles with attractions to minors, you can find support and resources here.

The text that shows up in link previews for that page could probably be adjusted to make that intention a bit more clear, so I’ll make a note to do that when I’m working on that page (long-term there are plans to expand it into 4 pages with more detailed lists of resources for CSA survivors and their caretakers, people who use or encountered CSAM, MAPs, and artists and content creators whose rights are being infringed, though that project is still in the very early stages).

I don’t think MAPs should get help unless they need it, as in, they feel uncomfortable with their attractions and want someone qualified for counseling on how to best cope with their sexual feelings, or if they feel that they are a probable risk towards a child, or they are at risk of consuming real-life CSEM materials, rather than fiction (anime/manga, 3DCG, petite/adult/twink imagery).

Those who are high-risk of offending and in need of treatment should be focused on the most. I feel like telling someone “get help” when they may not need it might be counterproductive, so legitimate resources need to be available, which Prostasia provides.

This was published after my article, but it’s extremely relevant Identifying and working with appropriate treatment targets with people who...

Research has shown that people within society experience sexual attractions to children, and a substantial number of these seek support related to this. However, professional practices around worki...

This diagram intrigues me. The numbers of professionals viewing “Changing Attractions Prioritization” as a higher priority focus is actually shrinking, because accepting one’s own attractions and leveraging them to remain offense-free is practically consistent with managing risk.

We’re slowly learning the same lessons we did with LGBT individuals, that you can’t ‘convert’ people.

What I want is to see more focus on those whose attractions are exclusive, meaning their pedophilic orientation is irreconcilably minor-focused or pedophilic. I’ve spoken with various people who suffer from this, and they’re perhaps the most in need of meaningful therapy than non-exclusive MAPs. I have a great deal of sympathy for these people. I agree. It must be really tough for exclusive MAPs. They really do need the appropriate services where they will be assisted with the stigma and the struggle.

I would recommend anyone who genuinely in need of help look somewhere than chatboards like mapsupportclub though. These websites essentially being discord for maps tend to facilitate exactly the same amount of productive discussions as normal discord, none whatsoever.

I don’t think MAPs should get help unless they need it, as in, they feel uncomfortable with their attractions and want someone qualified for counseling on how to best cope with their sexual feelings, or if they feel that they are a probable risk towards a child, or they are at risk of consuming real-life CSEM materials, rather than fiction (anime/manga, 3DCG, petite/adult/twink imagery).

Exactly, fiction works fine for someone like me. Though, like you suggested, some MAPs may not be interested in fiction, choosing instead the real stuff, and those are the kind of people that would need help.

It’s not so much the specific discussions that make them supportive, but rather just being able to have those discussions with people who are like you and don’t hate you for being a MAP. MSC saved my life and I’m fairly certain I’m not the only one. It’s not for everyone, but I would definitely recommend any MAP check it out, even if they don’t need support.

In the interest of transparency, I’m quoting this in the thread.

Correction: A previous version of this article wrongly stated that 75% of mental health professionals wrongly believed that mandatory reporting laws required them to report all MAPs. This has been replaced with more accurate wording above.

The updated wording is below